A choice of personality 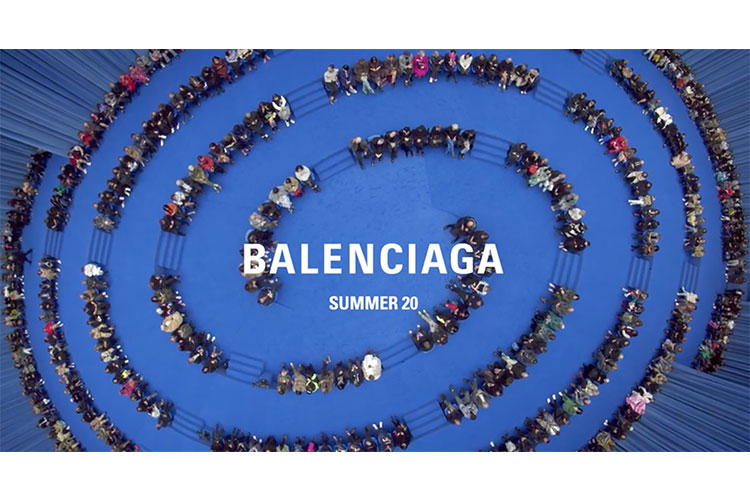 Balenciaga's SS 2020 collection has captured all the senses. The audience, seated as if in a parliament, positioned as an aspiration, lived not only the visual sense in admiring this very modern collection, but was part of it, like the senators of a sovereign government. The blue color of the location, as if to remember like the color of Europe, has placed the viewer as a protagonist, rather than as a spectator, almost as if he wanted to make him fully experience an awareness, to act more actively in making choices "responsible".

Demna Gvasalia, Creative Director of the fashion house, has studied in detail even the musical atmosphere, mixed by Loïk Gomez, partner of Gvasalia, in which the enveloping notes and in a growing involvement, accompanied the collection, marking every dress with every musical note .

Apparently casual, the collection stems from a deep research, anchored to the maison's roots, but in a completely modern and ingenious key: simple dresses, which undoubtedly have their power, sometimes with exaggeratedly constructed shoulders, others with forced swellings or in others still with an almost oversized softness on the body, but all without a single denominator: having style, for those who choose to always be themselves and the dress they wear embodies their personality, their character and theirdetermination.