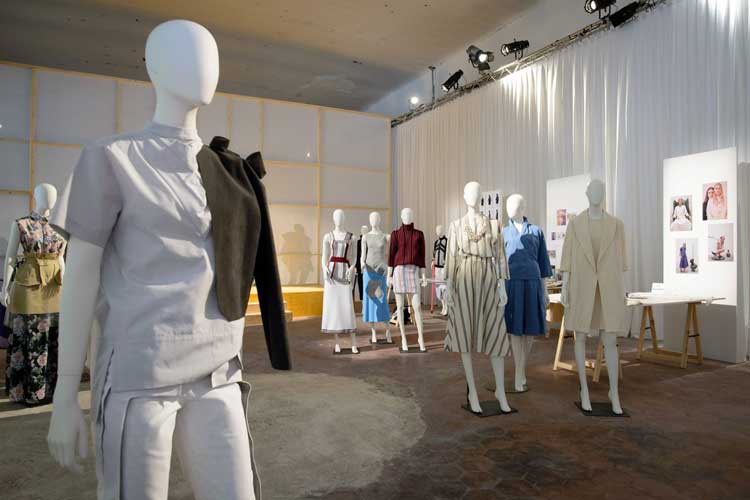 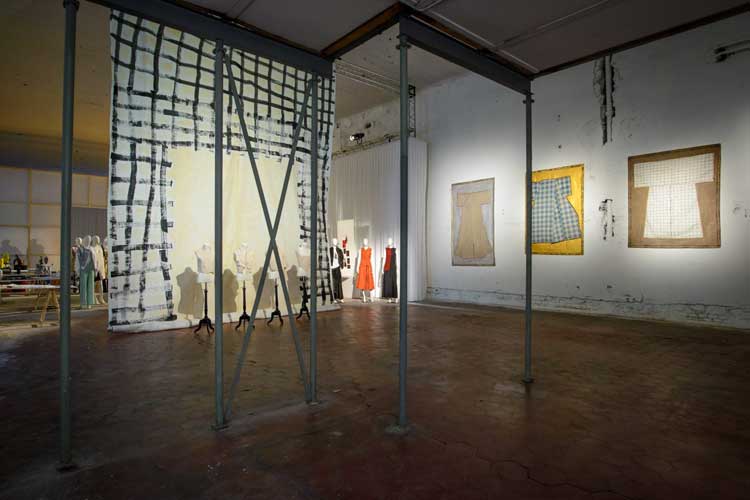 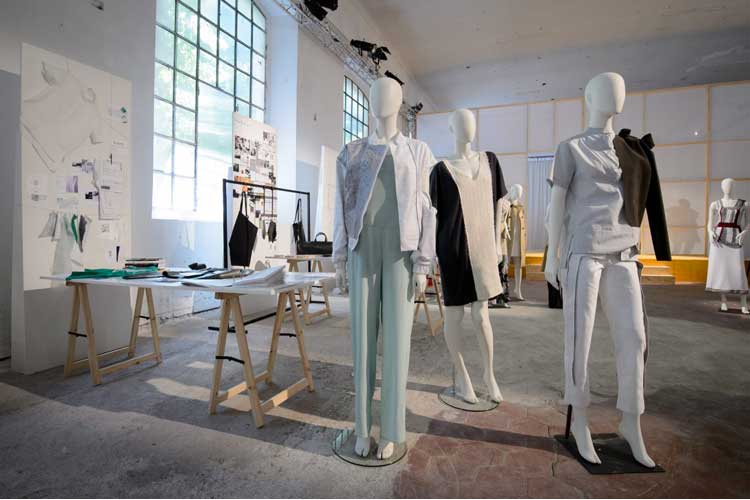 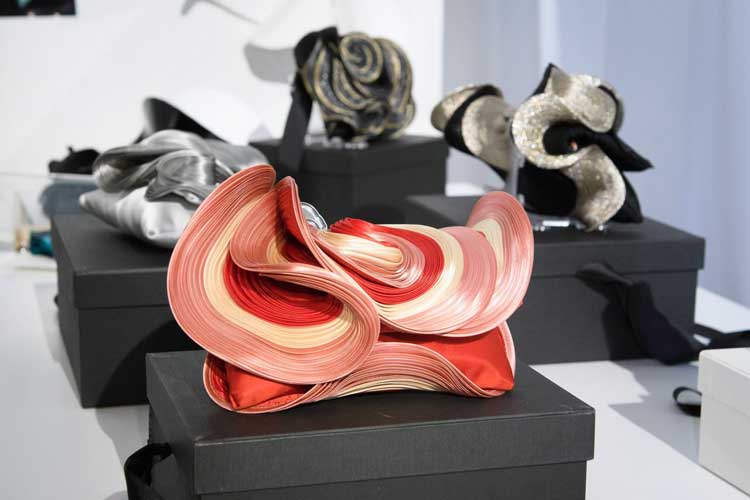 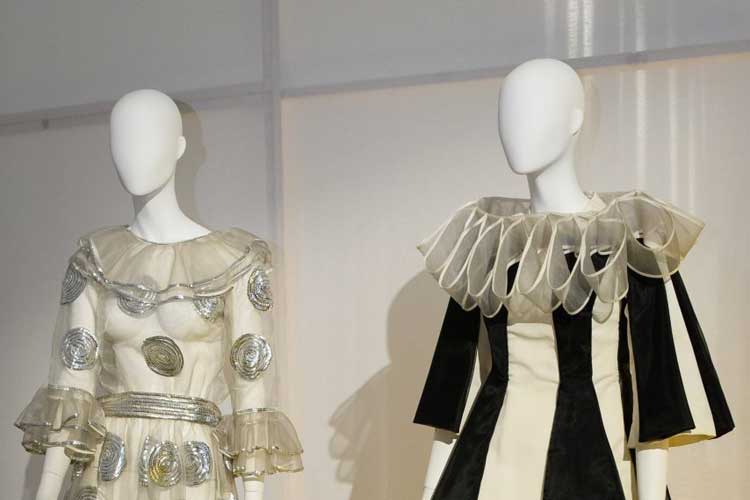 An open but layered environment celebrates the need to keep on trying, reinventing scenes and costumes to give sense again to daily life and to transmit other signals. “Prove Tecniche di Trasmissione” (lit. broadcasting tests) was an experimental programme which, in the early Seventies, showed images designed to test the chromatic effects of the new colour TV. Today, it is also the title of the 14th edition of A.I. Artisanal Intelligence, which, for the first time, promotes not only the work of young fashion designers and artisans, but also of costume designers who studied in Rome.

In collaboration with the Accademia di Costume & Moda, which was founded in Rome more than 50 years ago and which was the first academy not to separate fashion and costume in its training programmes, with two famous theatrical tailor’s shops, Luigi Piccolo’s Sartoria Farani and the One, and with Pompei for the shoes, this year A.I. focuses on the dimension separating tests and actual programmes. The exhibition challenges a commonly accepted idea of chronology and definition of what is finished as beautiful: tests are no longer a passage, but a state of perfection, because they are still linked to studying, experimenting and the infinite. It is also the space where fashion and costume blend in a typically Roman creative dynamic. Everything will be designed as a fluid place, where tests represent a temporary, non-definitive decision, where the programme is the ideal screen in which a project to be shown to others is checked.

The work of artist Isabella Ducrot opens the exhibition, which focuses on the various stages of preparation, from the artist studying the dress to the designer working on it on the worktable. The exhibition continues with the costumes by Farani for the last black-and-white television programme and for the dance routines of the first colour television programmes of the Italian State television.  The last part of the exhibition focuses on the costumes by Gianluca Falaschi, which were made by Sartoria Farani and the One for “L’Italiana in Algeri” and “Ciro in Babilonia” – winner of the Abbiati prize for costumes – at the Rossini Opera Festival.

The Pompei shoes for these creations represent the linkage between dress and costume and they anticipate contemporary trends. Fashion becomes the tool that celebrates the importance of time, execution and practice with the work of seven Italian brands and three foreign ones, which were selected for their capacity to combine vision with the concrete ability of execution. For the accessories, three very different examples of craftsmanship and design have been selected: Wali Mohammed Barrech, Trakatan and Roberto Scarantino. Experimentations and reinvention of the sartorial approach are instead visible in the works of Marie Louise Vogt, Bav Tailor, Fase Factory, Alisée Yin Chen, Apnoea, Giuseppe Buccinnà and Asciari. Rome is the theatre-city par excellence, but it is also the place where fashion and costume follow the same creative dynamics: invention, fused with the artisanal dimension, is the same for both fashion and costume houses, which have always collaborated.   The exhibition focuses at the same time on the dimensions of testing and programme broadcasting interpreted as representation, maintaining that dresses are also stage costumes and that they are one of the most powerful means of communication