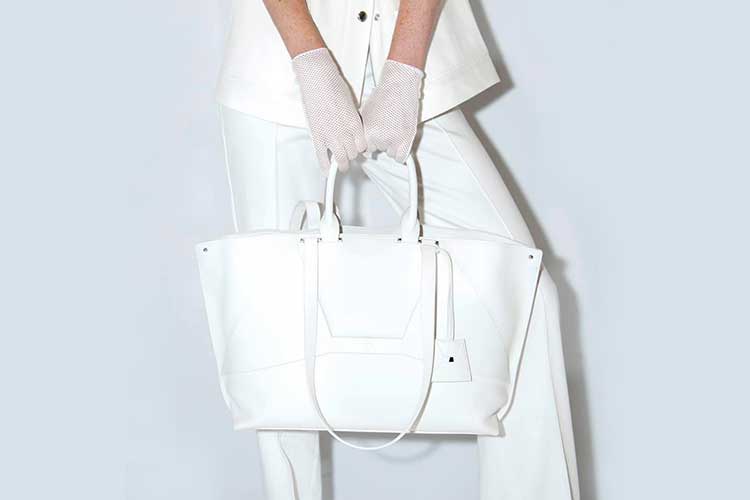 Akris is a women's clothing and handbags company.
It is a story of ancient origins, when in 1922 in Switzerland, in the city of St. Gallen, incredibly enterprising Alice Kriemler-Schoch, began making polka dot aprons in her small tailoring.
Using fabrics typical of St. Gallen, known all over the world for its cottons and embroidery, Alice began to create clothes for the ladies of her town.

In 1944, Alice's son Max enters the family business and he will give the fashion house the name Akris, using her mother's initials.
He contributed to the development of the prêt-à-porter collections and collaborated with Parisian fashion houses such as Ted Lapidus and Givenchy.

At age 19, Max’s son Albert was scheduled to move to Paris and work as an apprentice to Couturier Hubert de Givenchy, but family duty called when his father’s business partner unexpectedly passed away.

Without a second thought, Albert Kriemler took over the design responsibilities of Akris, and gradually turned the house into the international symbol of understated luxury and successful over the years.