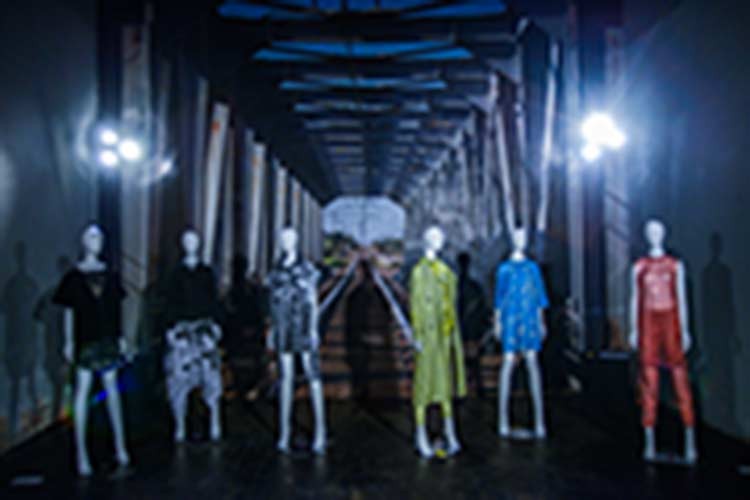 A.I. Artisanal Intelligence, project born in breast to Altaroma, for more than five years has been promoting the best artisan Italian and international realities. For this edition, the section Altaroma Atelier presents "Body for the Dress."

The relationship between the body and the dress, trying to locate the point of contact between the human being and his dress: deformations, transparencies, silhouettes as documents of a passionate relationship.

In a post-industrial space, just revived but still in a state of neglect, A.I. He has set "Body for the Dress." Also driven from the place achieved in 1925 by Angiolo Mazzoni, one of the most important architects of Italian rationalism, the construction has retained the imprint of a place dedicated to the control of goods and items in transit.

Three young artists interpret these correspondences between body and dress: Thomas De Falco works on the idea of ​​archetypal dress, Sacha Turks on the structure and Paolo Roberto D'Alia on the very meaning that fashion has in the industrial system, but also in our daily lives. In large environments interact well as goods and as documents, works of fashion designers, artisans and artists: objects and works as dummies Video Istituto Luce 1941.

Each interpreter expresses his creative relationship with the body from corsets Brighenti, historical name of the Roman lingerie, jackets used as signs from Roberto D'Alia.

Does the presence of schools with IUAV of Venice and Academy Costume & Modacome first link in a chain that draws every time a new body of analysis on the relationship between art, fashion and crafts.

In a climate of exchange and international collaboration now consolidated this year A.I. houses four foreign designers including English Úna Burke, true element of synthesis, which has previously collaborated with Lady Gaga and Madonna and costumes of The Hunger Games.