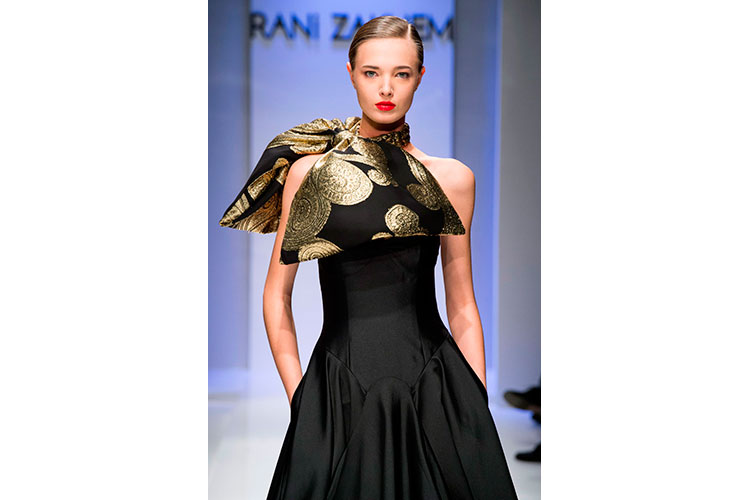 The new collection of Haute Couture  spring / summer 2016 of Rani Zakhem is like a dream, in the mythical dances of the past times. To recreate this impalpable atmosphere in which they are protagonists airy dresses, that sparkle of drops of hoarfrost, and that they stir in light movements, Rani makes in a  full hands in the files of the great creators of America of the after war conducting us through the looks created by Charles James, Jacqueline de Currant for the princesses of the modern times. It is 1966, and we have just received the invitation for the party more aspired and exclusive of New York. A white mask, a black suit and it's is the "Black and White party" of Truman Capote to the Plaza. The collection wants to be a real homage to New York city, where the designer has studied and in which spends many months the year and the celebration of the ritual glamours that every event of the great apple has made legendary. Here is the euphoria of the sixties and the luxury of the eighties, made of jewels, furs, with the euphoria and the shine that countersign them. Rani Zakhem crosses so half century of history of the American custom and creates a modern and contemporary woman, that knows how to interpret the memory of the international glamour making it proper for our days.