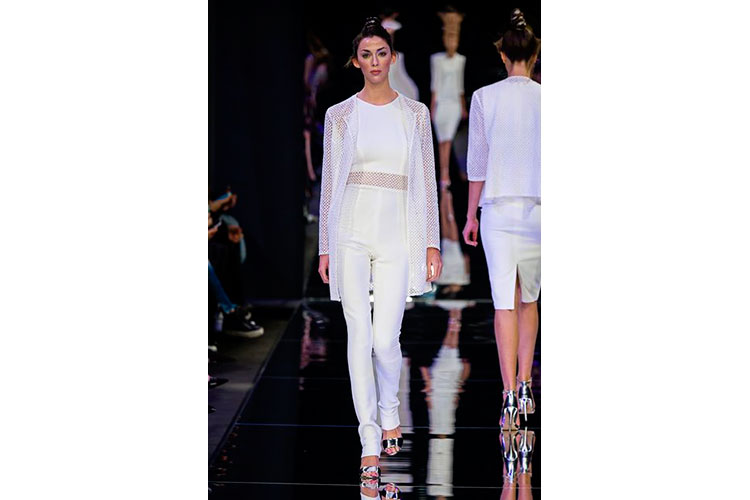 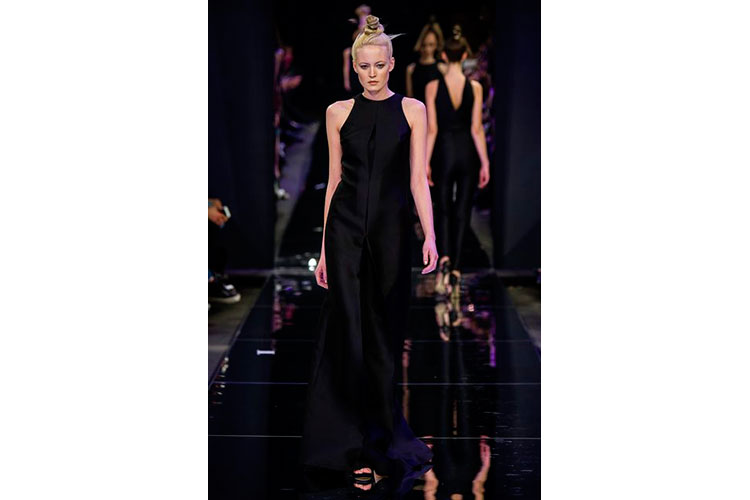 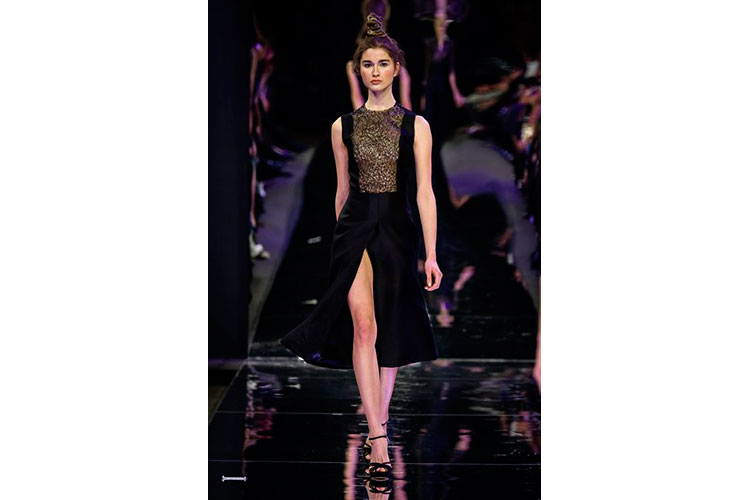 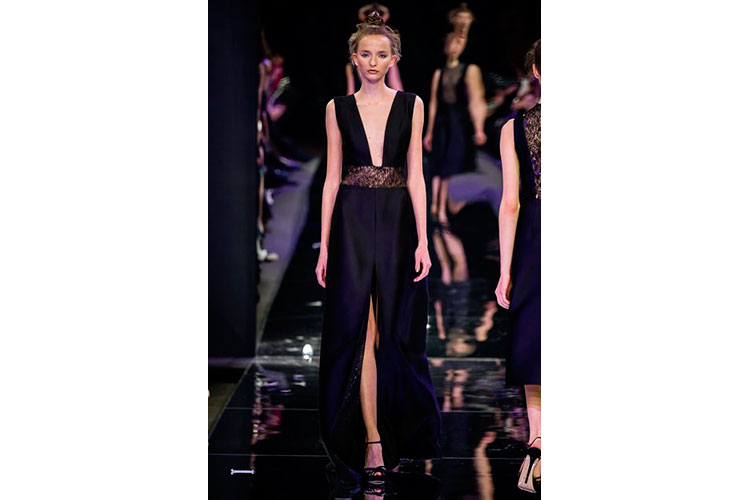 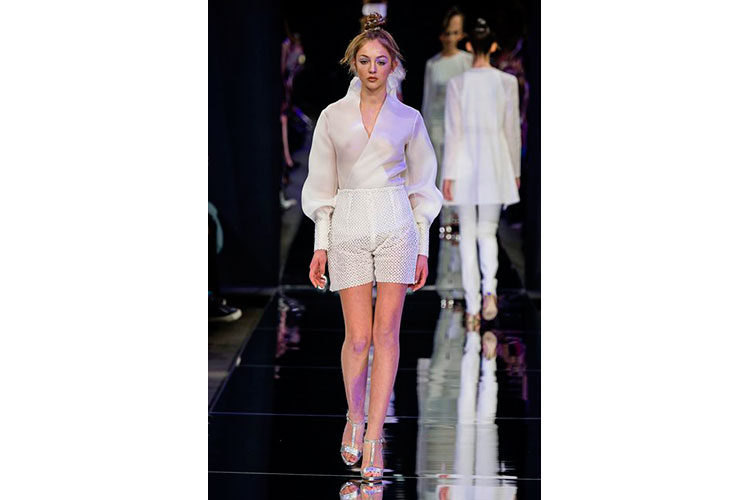 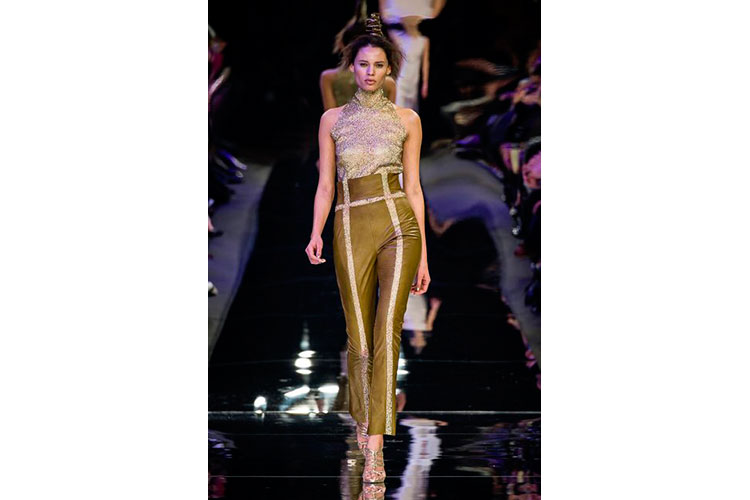 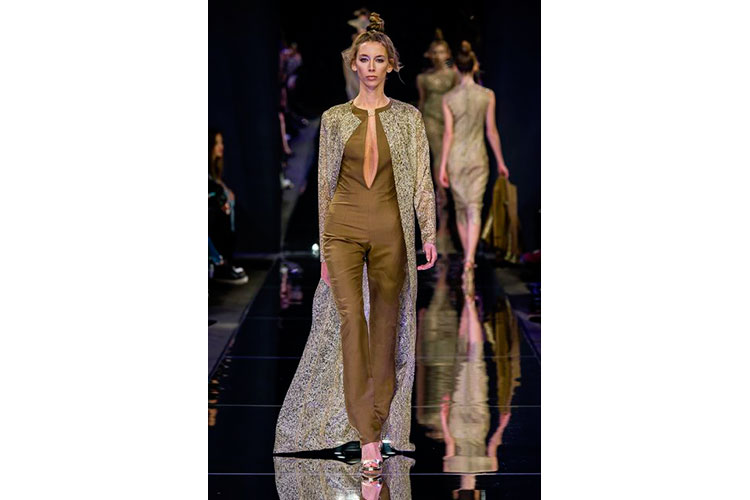 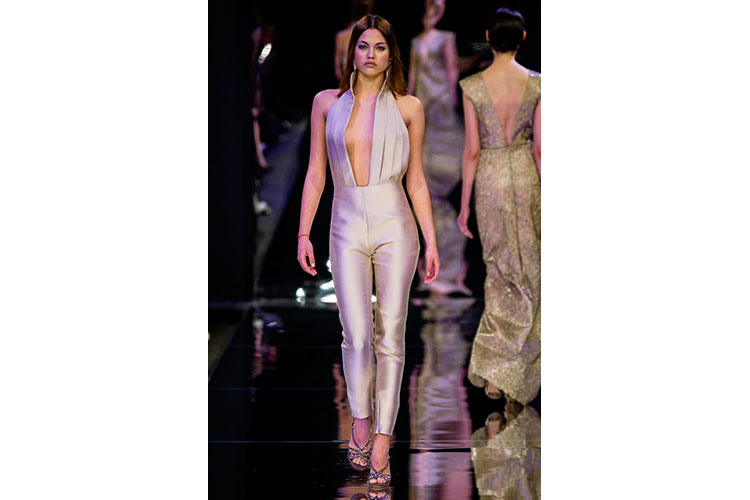 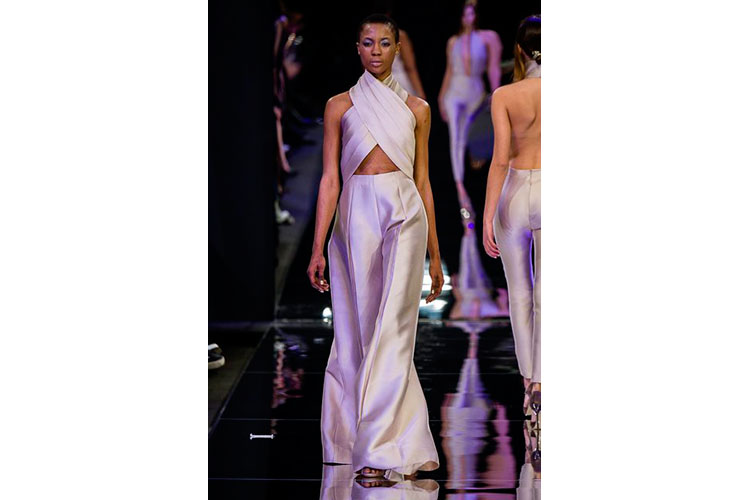 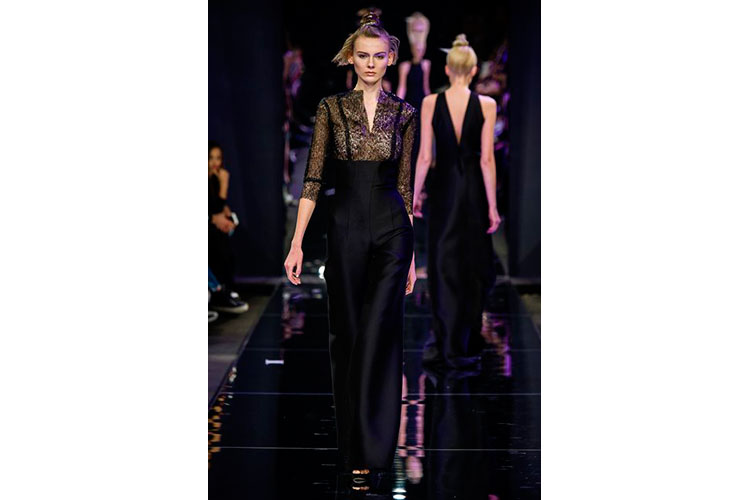 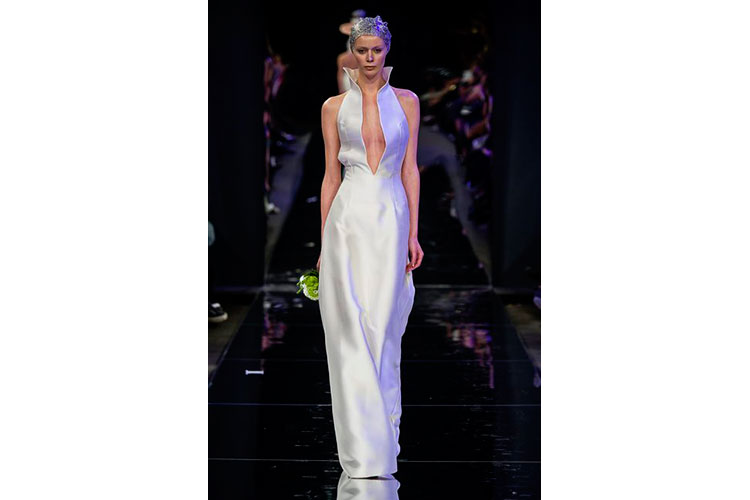 Jaali: is a perforated stone, like a grid, usually carved with ornamental motifs made through the use of calligraphy and geometry.  A grid allowing the vision in one direction, in addition to the passage of light and air, fundamental In Islamic societies to preserve the family intimacy, allowing to watch outside, preventing anyone to look inside.

A sort of modern brise-soleil often used in contemporary architecture to create an effect of dematerialization of the shell. An element of separation between inside and outside that assumes the role of filter, like e diaphragm, able to dose and modify the passage of light depending on external environments, and the incidence of the sun's rays

And just by filtering the light, the garments, such as buildings, assume a different aspect, constantly changing its image accentuating the feeling of mobility and speed.

The carving of the stone to create the Jaali is interpreted by Sabrina Persechino by creating the geometrical macrame that becomes an element of strength and transparency in white clothes with linear and clean shapes. A gnarled weave on squared base designing an ornamental grid that allows to peek at silhouettes emphasizing femininity.

From the game of refraction and the deviation of the wave light in the passage through the Jaali comes the fabric filigree gold. A tangle of thin resin wires twisted to create an elegant openwork effect.

The cut on the olive coloured leathers, creates intarsias and cracks, slits of light and perfect geometries on rationalists prospects of extreme wearability.

Gold is entrusted with the task of leitmotif of the collection: the binding element and connection between all the other fabrics in black and sand silk piqué whose amplitudes emulate the Libyan Suriyah.

The color palette is influenced by Arab architecture and colors from the desert. Unfailing black, featuring Sabrina Persechino, and the gold, two-toned, unites and animates the daytime, cocktails and great soirée outfits.