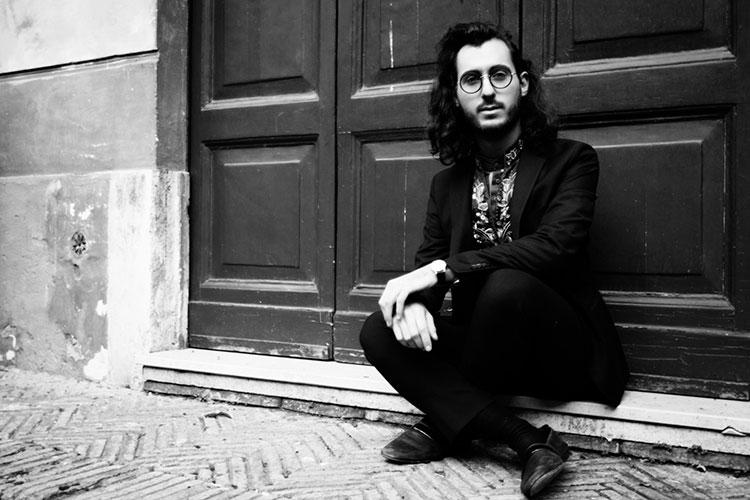 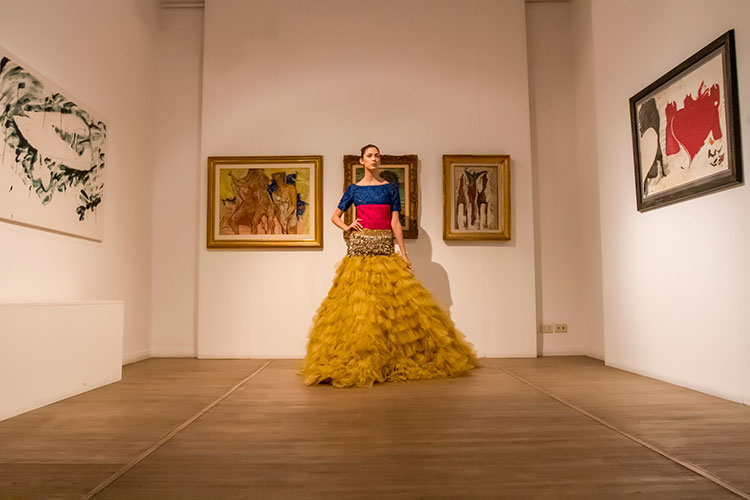 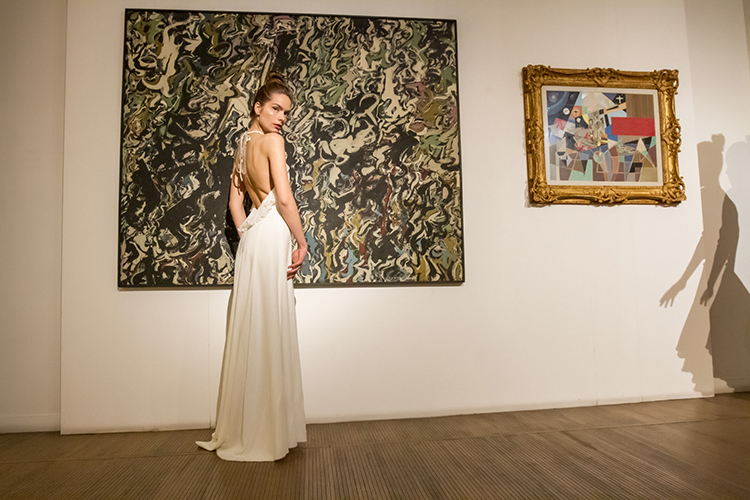 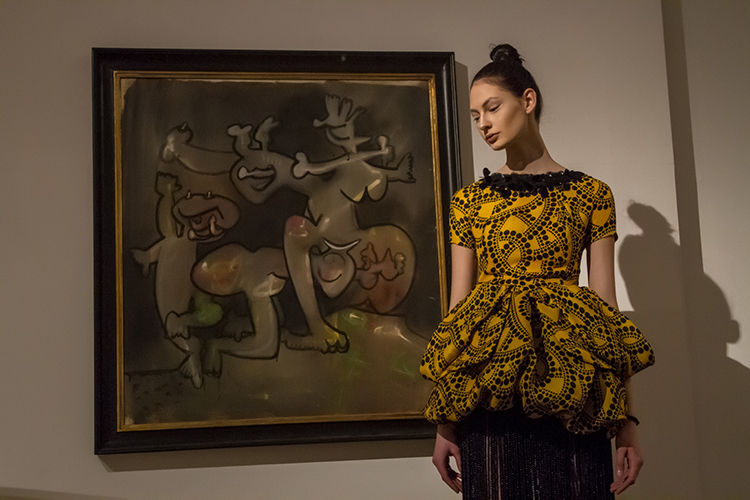 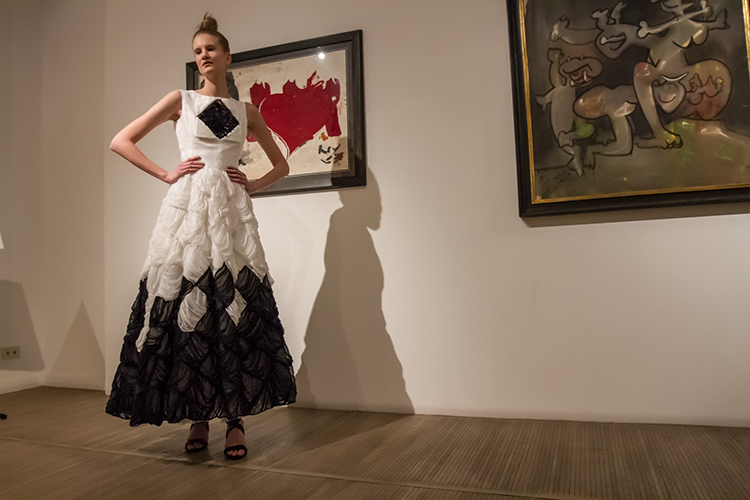 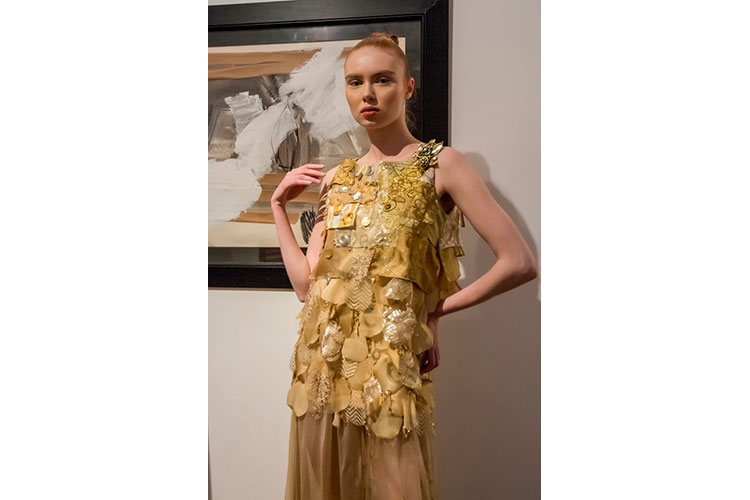 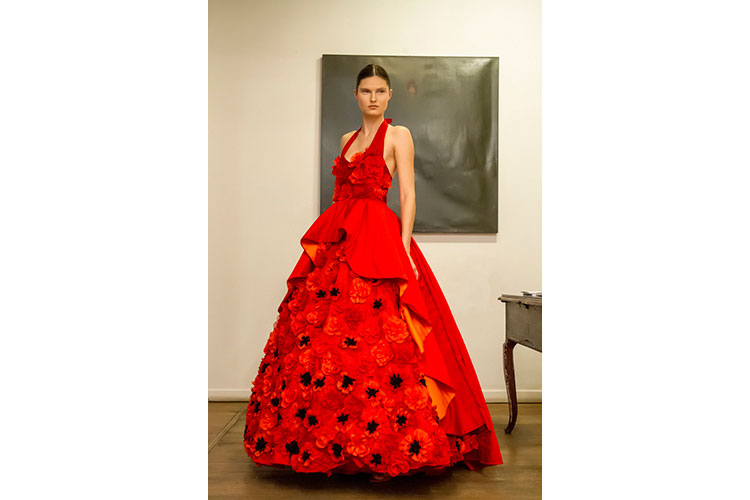 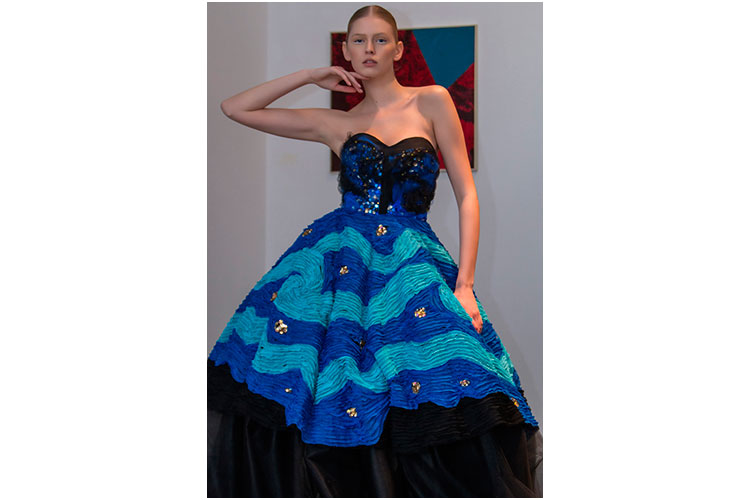 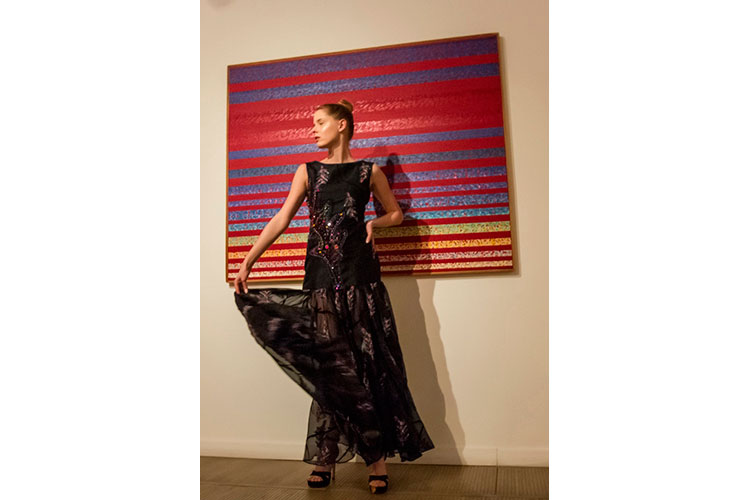 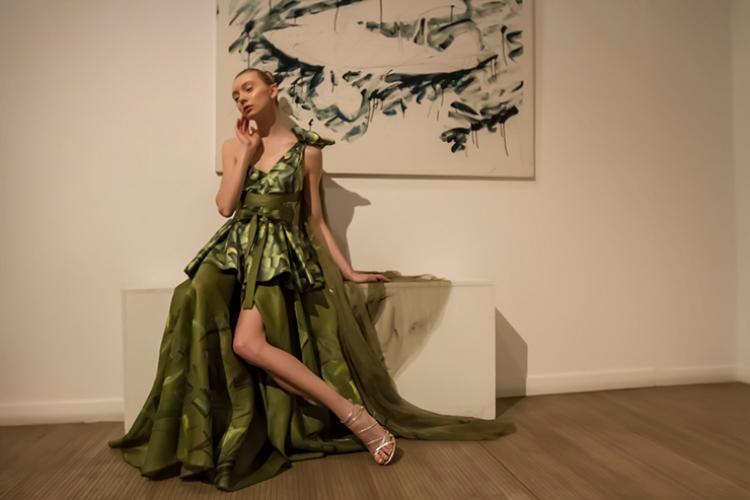 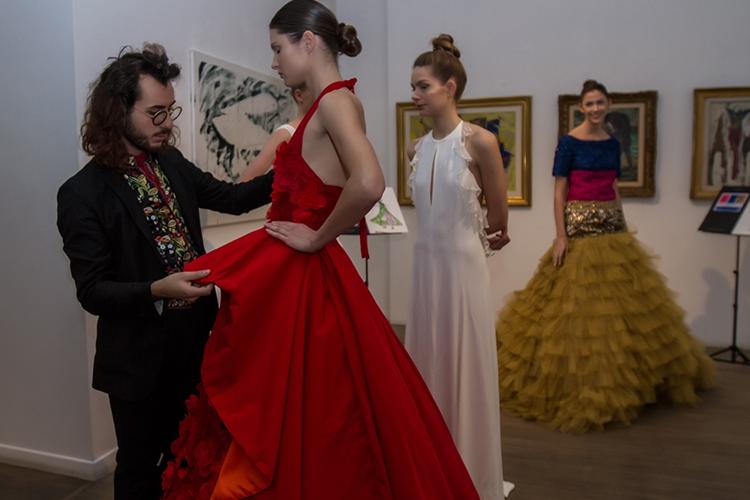 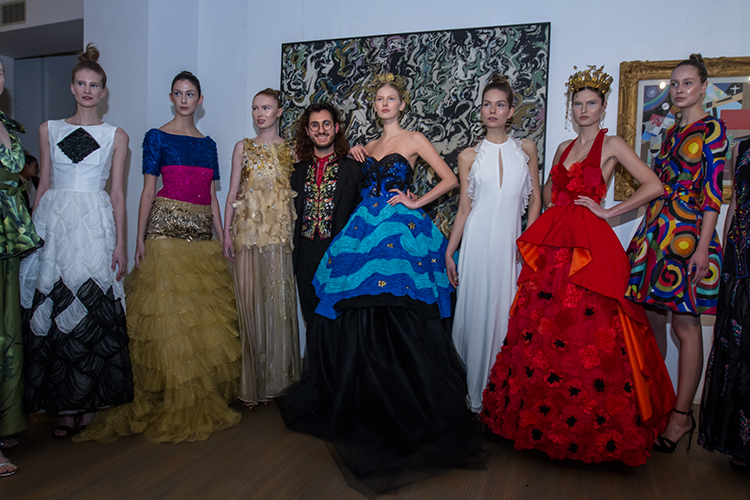 The concept of Art as a means of pure and spontaneous communication, inspired the designer Filippo Laterza to identify ten "Masters" of Contemporary Art, to whom dedicate ten haute couture creations.

Ten iconic creations admired in the most enchanting and creative street in Rome "Via Margutta", that owes its popularity all over the world from the assumption it has always been a privileged place of residence for artists, men and women of culture. Great people from the art world such as: Claude Lorran, I Gentileschi, Simon Vouet, Alberto Burri, Pablo Picasso, African and Luigi Ontani; from the Music: Igor Stravinsky, Giacomo Puccini, Pietro Mascagni and from Film: Truman Capote, Federico Fellini, Giulietta Masina, and Gabriele Salvatores, have lived and worked there and by their presence, have named it as a place of intercultural inspiration.

Location of the performance was Galleria d'Arte Marchetti, one of the historic areas of the legendary Via Margutta, where since 1997 the contemporary art is the protagonist with key industry players.