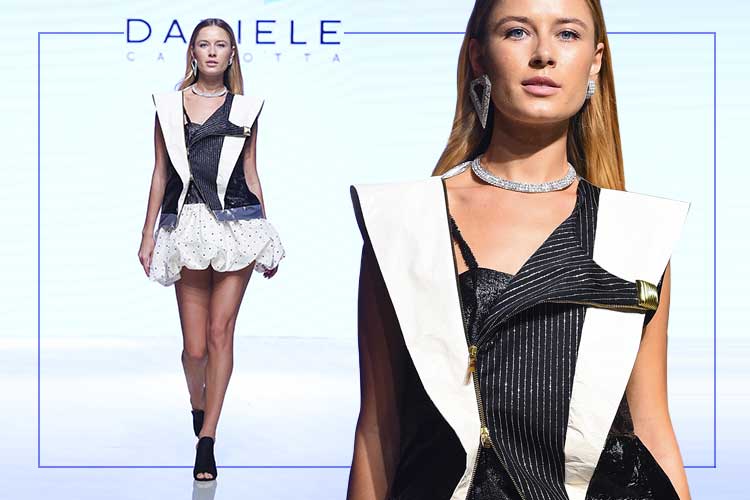 Daniele Carlotta is an Italian designer. Growing up between precious fabrics and precious textile creations, his parents are working in fashion, his artistic flair and his sensitivity led him to create his brand in 2016.

Although recently established, his company Daniele Carlotta Srl, of which the designer deals personally with the entire production chain of his creations, has already conquered an important position in the international fashion scene.

The key to his success is thanks to the extraordinary ability that the designer has in preserving a pure manufacture, of the true made in Italy and stands out for the perfect quality of the details that he demands in all his creations.

With an eclectic personality, Daniele Carlotta has a style that is certainly modern, young and elegant and has the surprising ability to create unique dresses and to enhance the personality of the wearer.

During the last edition at the Arab Fashion Week he presented his collection which was a great success. It is not surprising, therefore, that although his brand is young, he has already conquered a large international audience, because his dresses are not just a simple dress, but a personal choice to be and to live his own identity, without ever giving up the elegance and the great sartorial manufacture typical of the true Made in Italy.