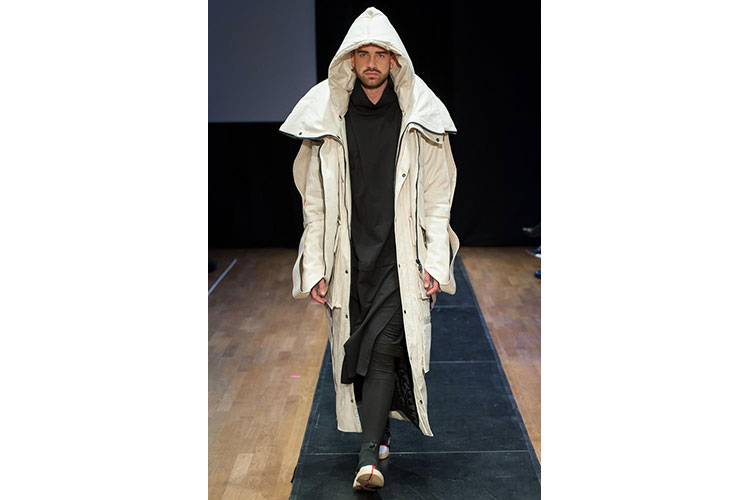 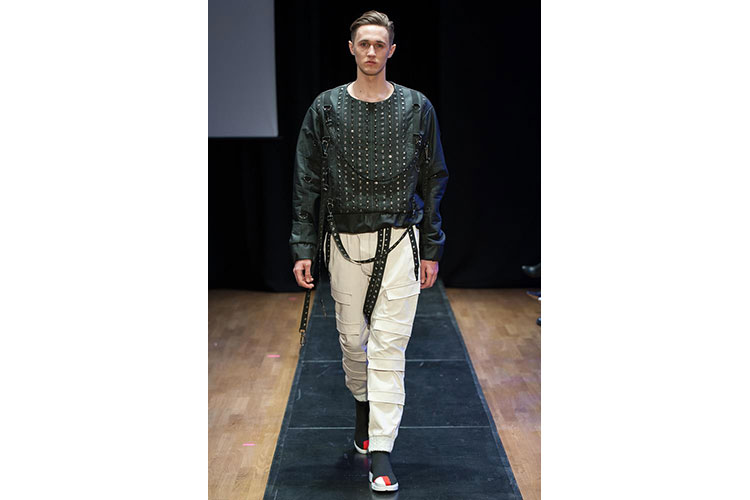 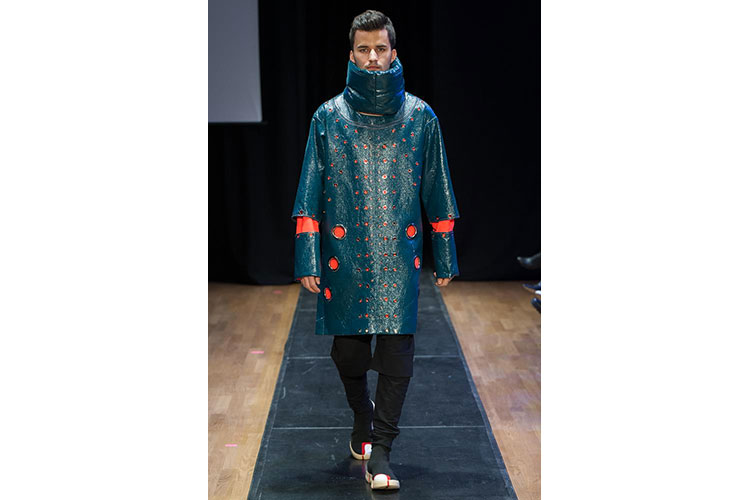 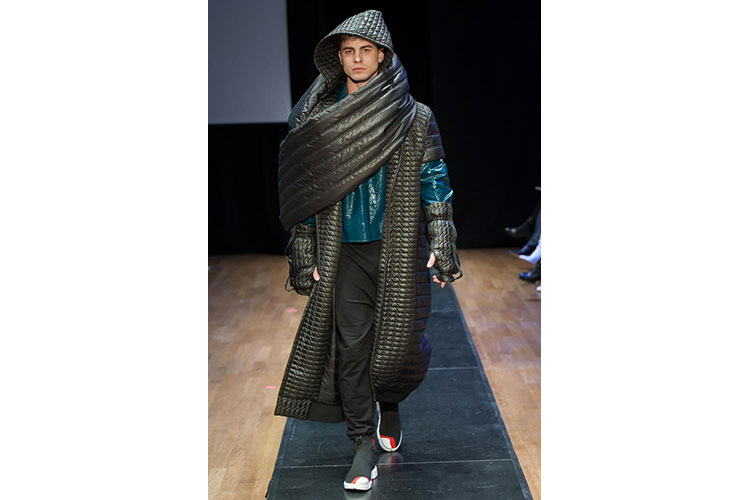 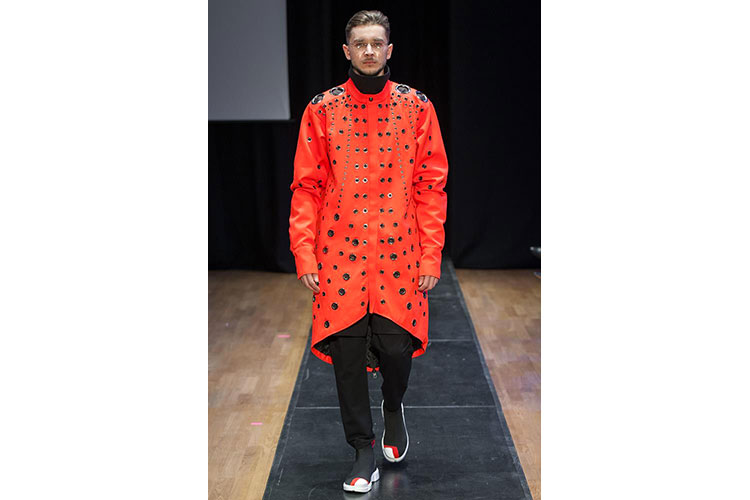 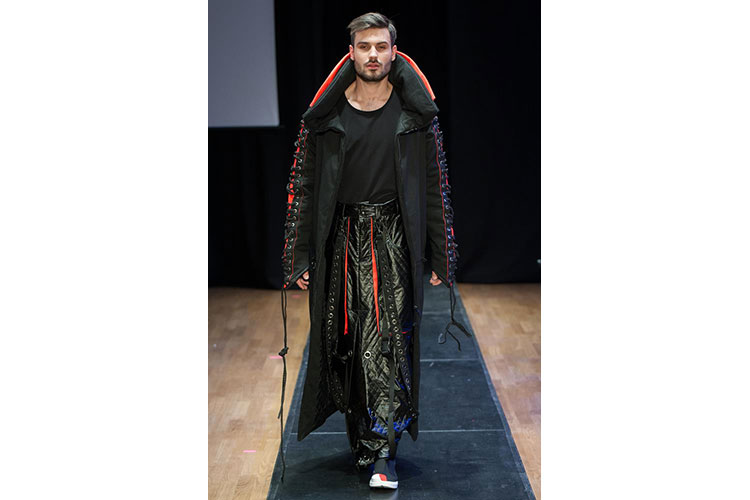 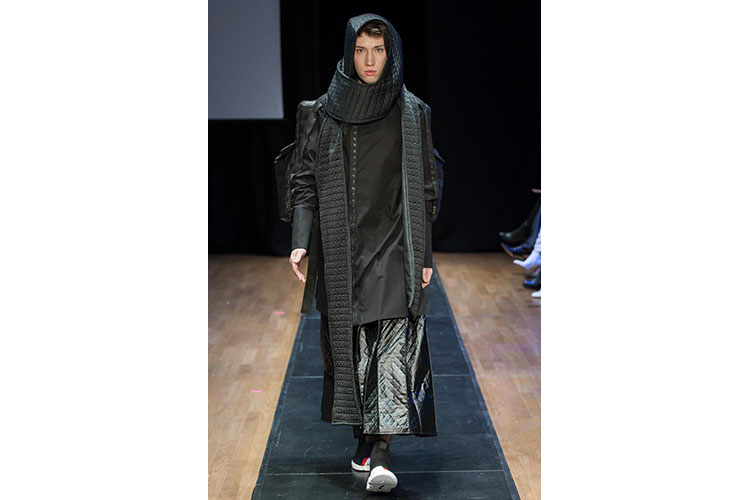 The event Fashion, Art & Ecology opened the 10th edition of Cracow Fashion Week, organized by the Cracow School of Art and Fashion Design ‘SAPU’ in partnership with the City of Krakow. The General Partners of the event were: AliExpress, Galeria Kazimierz and ICE Kraków.

The fashion designer Anna Nowak-Curyło presented on catwalk her "Identity" collection and won the first prize of Cracow Fashion Awards competition. The designer Anna Nowzk-Curylo has an artistic fashion in her identity. The collection, refined in detail, aroused great interest and became the winner of the contest - it won the two most important awards: Fashion Council and Media Council. The collection was created from the fascination of man and the mutual dependence of individuals. The designer wanted to show that we can not function one without the other, successes are achieved through the help of all.

Anna Nowak-Curylo, this year's graduate of SAPU, she has been creating fashion projects for several years, and she has also styled Olympic Champion Otylia Jędrzejczak for the Gala of Champions of Sport in Poland. ‘My collection would not happen without people who supported me and cooperated with me. I tried to pay special attention to details and the use of new technologies, I designed backpack with a moving hologram’ declared Anna.

The Fashion Council under the leadership of Anna Jatczak also awarded three young designers: Oliwia Jankowska (collection "In The Mind"), Ewelina Kowal (collection "New Romantic") and Tamara Avdieieva (collection "In The Making"). The Media Council under the leadership of Michał Zaczyński, in which valued journalists and fashion critics sat, awarded their awards. They decided to distinguish: Kordian Mędrala ("SLV"), Nina Sakowska ("Trash") and Monika Cieślik ("Thunderstrike").

During the event, we also saw new collections of Cracow School of Art and Fashion Design SAPU graduates – Anna Maria Zygmunt („Polexia”, a collection inspired by multiculturalism and multi-faith Podlasie) and Laura Filip from Austria („Slow West”, a collection designed for the new staging of the play „Iwona Princess Burgundy”).

Thanks to the cooperation of SAPU with Donghua University from Shanghai, Krakow’s audience could also see three collections of talented Chinese designers - Huaiqun Sun, Mentong Yang and Quingyao Meng.

Cracow Fashion Week, one of the biggest fashion events in Poland, ended Sunday 17th show "No Waste x AliExpress", presenting, among others, clothes created in a spirit of socially responsible fashion.