At the MF Museum & Fashion "The Shop of Lost Signs 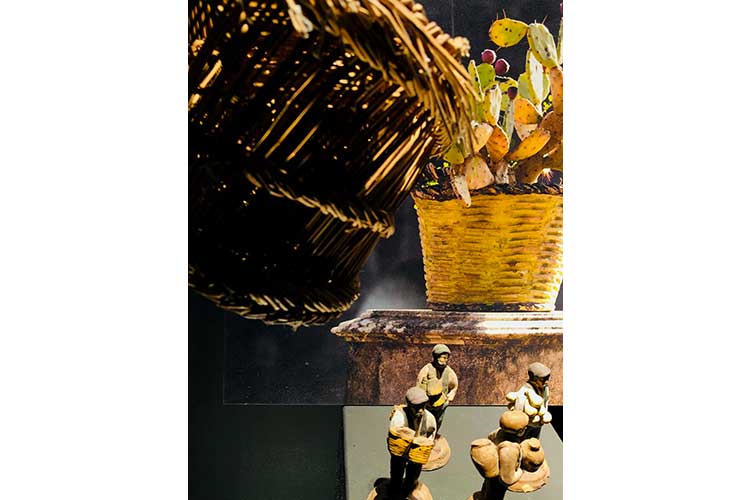 The designer Marella Ferrera with Vincenzo Forgia, scholar, researcher and expert connoisseur of Calatino of ancient Sicilian majolica, will present at the Museum & Fashion the "La Bottega dei Segni Perduti" Exhibition on Sunday 8 December at 7 pm; a journey through time to reconstruct the memory of the values and traditions that are the symbol of our land, a new research study, a story that is hidden behind the object through a careful preparation together with Paolo Gagliardi.

"Furmitte" or "stampitte", tiles produced in Caltagirone by cannatari and stew pot shops in the second half of the XVIII century, originally destined to prelates and high society families and representing "cultured" and "refined" subjects belonging to the symbolism sacred or mythological; from the nineteenth century instead closer to the popular world and depicting scenes of life lived or daily. A brilliant idea to give an artistic touch to all fruit and flower creams and frosts. The iconographic atlas of our island, made of "signs" now in extinction. "... there emerges a feeling that the artists from the 18th to the 20th century had written a sort of" book "through the panels, a sort of story in images that had to be studied and preserved to be handed down ..." V. Forgia

"Whistles" of the Calatini artists Graziano and Leone, naive and colorful, with a communicative and propitiatory value, a good omen for the return of spring and intended mainly for children.

"Pastorelli" popular of the "Presepi degli umili", sometimes "flat" at the back, with a strong symbolic and expressive value.

"... I have always collected them as a source of inspiration, like scattered letters waiting for an alphabet that later became writing ... this was possible thanks to the meeting with Prof. Forgia, I was ecstatic by his" writing ". As lost and then found signs, objects that suddenly dialogue with the present and become the roots of our future ... "MF

EXHIBITION
"The Shop of Lost Signs: the roots of our future"

EXPECTED SERVICES
Educational visits for all schools of order and degree
Guided tours for associations, groups and companies