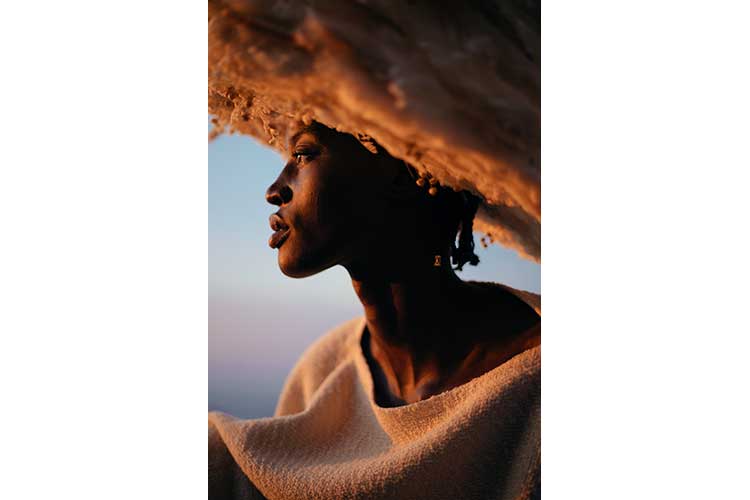 After graduating from Central Saint Martins (where he won the LVMH Grand Prix Scholarship), Benjamin Benmoyal, 30 years old has worked at Alexander McQueen and Hermes before founding his namesake label in 2020.

Benjamin Benmoyal was presented his collection on the official Paris Fashion Week calendar.
As a former commando paratrooper, he wanted to transcribe in his work the will to recover the naivete lost during his military service. Therefore, he has created very unique fabrics, woven out of his childhood VHS and audio cassette tapes.

He has industrialized this weaving technique and gathered thousands of kilometers of cassette tapes thanks to the help of recycling charities as well as by collecting the dead stocks of factories closed in the 2000s.

Benjamin draws inspiration from his Moroccan origins by focusing on volumes and draping from traditional outfits as well as by weaving colourful striped fabrics reminiscent of Berber craft and aesthetic.

The huge hats from the Spring – Summer 2022 collection are entirely made out of dried flowers and inspired by the Shtreimel, a fur hat worn by Hasidic Jewish men.