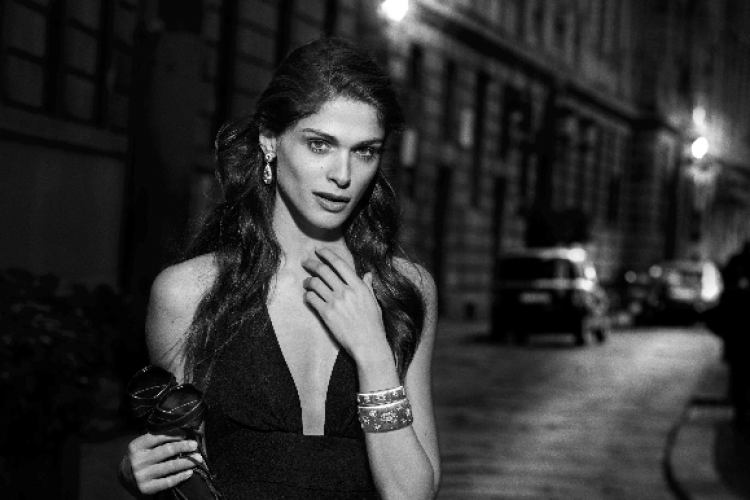 Buccellati launches new jewelery collection Opera along with the new advertising campaign in black and white signed by Peter Lindbergh, starring the beautiful actress Elisa Sednaoui. Inspired by the new logo of the house, characterized by thin lines sinuous, Opera consists of bracelets, necklaces and chocker, rings and earrings, made in various sizes and in different color combinations of gold (white, yellow, pink), on which alternating with diamonds and precious stones. The central motif of the collection recalls the Renaissance architecture and Venetian, but the name evokes Opera arias booklets of the most famous Italian composers Giuseppe Verdi and Rossini, Gaetano Donizetti and Vincenzo Bellini Ruggero Leoncavallo.
A tribute to the Teatro La Scala in Milan, the city where the brand Buccellati was founded in 1919, where he opened his first boutique, and where even today there are goldsmiths of the house, to which hundreds of artisans collaborate. Work is inspired by the culture of the Italian Renaissance: the ideal of absolute symmetry expressed in the flower, which is both a symbol that recurring motif, typical repetition of a decorative motif that creates pleasing visual effects. In addition to launching the collection Opera, Buccellati presented in Spencer House in London, one of the most beautiful town house of the eighteenth century ever built in the British capital, any shots of the new advertising campaign with Elisa Sednaoui. A series of official photos and backstage, with an eye on the city of Milan.