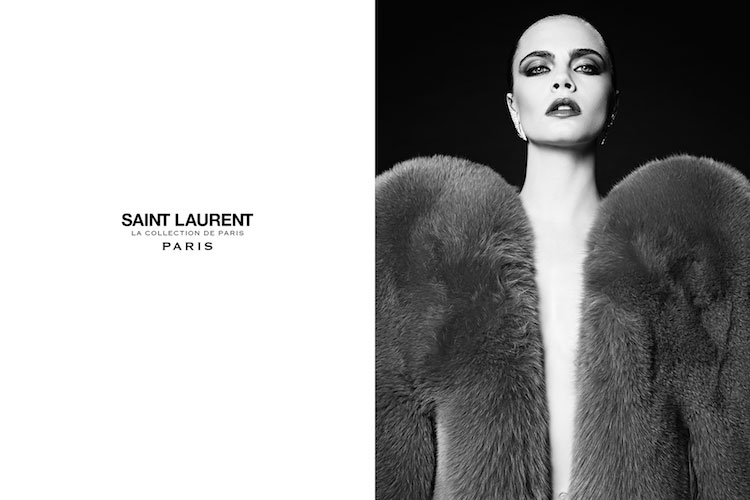 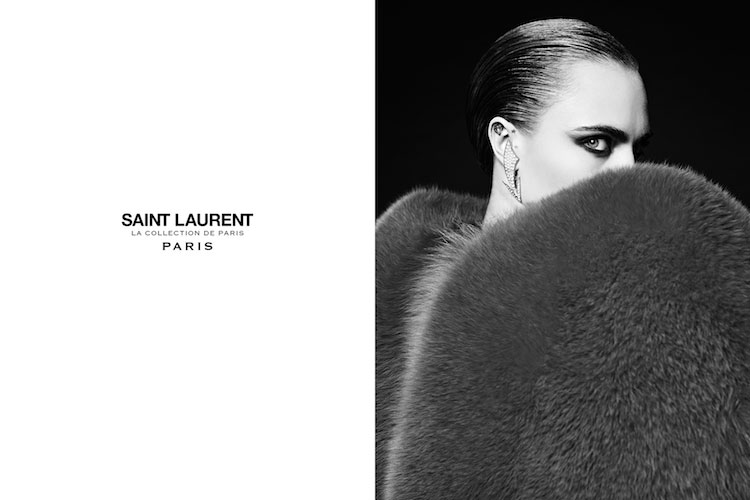 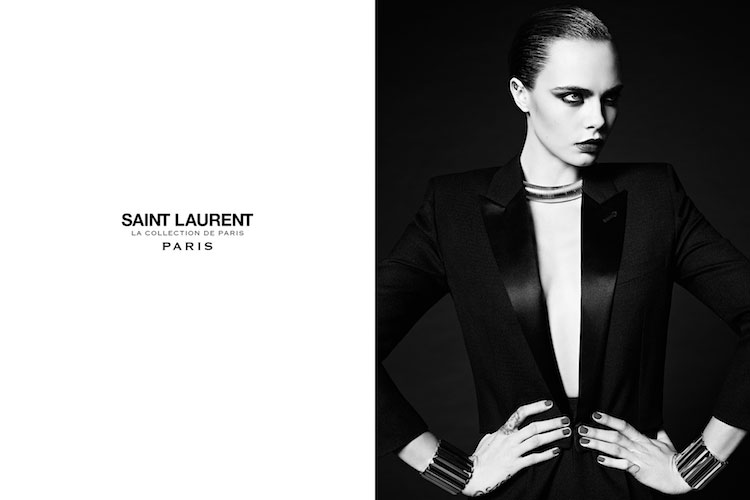 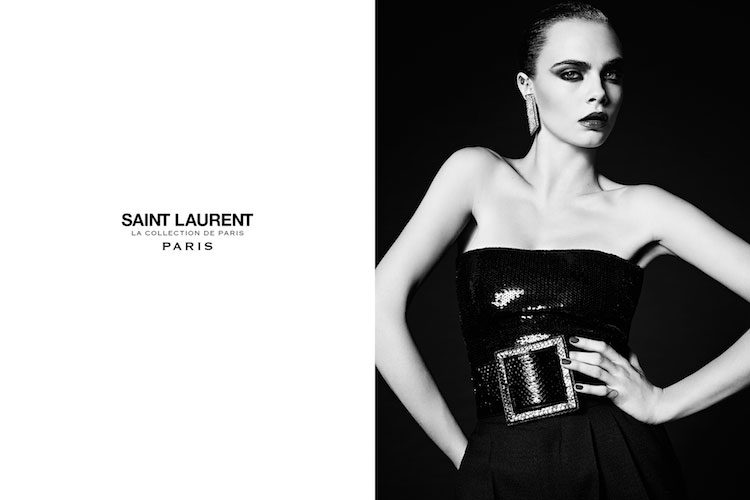 Last year, Cara Delevingne famously hung up her modeling mules to focus on a burgeoning acting career. But now, everyone's favorite set of brows is back in business, fronting the new Saint Laurent campaign for La Collection de Paris, the surprise couture line that made its debut during Paris Fashion Week earlier this month. The super model is the protagonist of the last press campaign of Saint Laurent, photographed by Hedi Slimane. Last literally because the french fashion house announced that Hedi Simane is no longer his artistic director. Anyway it's a pleasure that the designer-photographer Hedi Slimane has closed its stylistic collaboration with a press campaign so sleek and glamorous, really sublime.