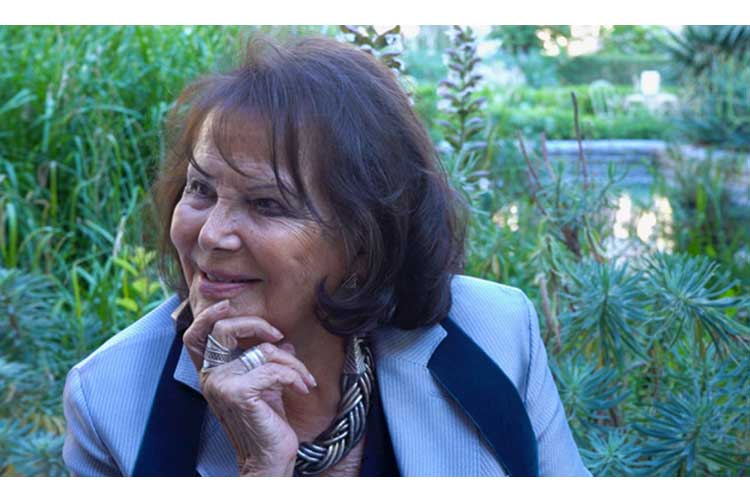 Before the Giorgio Armani fashion show. Photo by Marco Tassini

The renown Italian actress is today ever so enchanting with her natural beauty and talent.  At 81 years old she is still playing , her last movie “Nobili Bugie” by young Antonio Pisu.

This sale will be the opportunity for collections to acquire not only iconic pieces warn by the movie star  but haute couture major signatures. From day to day garments to big screen costumes and the incredible gowns worn at international film events..

Among the leading items is a long gown in fuchsia organza embroidered with floral motifs by Livia, worn by Cardinale for her first appearance at Cannes Film Festival in 1961 (estimate: €3,000-€4,000). There is a sheath dress entirely covered in black sequins and trimmed with pink and blue flowers, by Nina Ricci (Haute Couture collection, autumn-winter 1963-1964), which the actress modelled at the 37th Academy Awards in Los Angeles in 1965 as a presenter alongside Steve McQueen (estimate: €6,000-€8,000 )The Nina Ricci house regularly dressed her during the 60th.