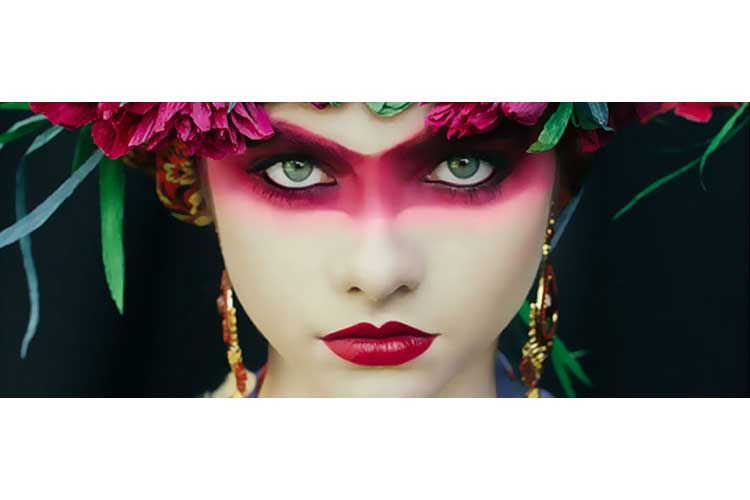 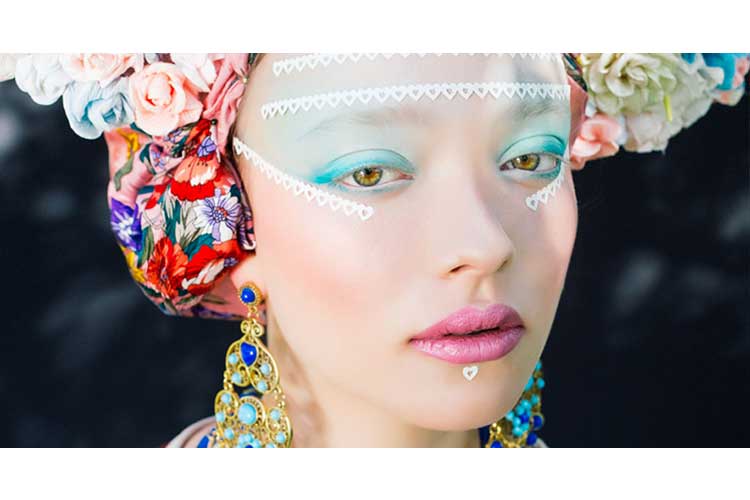 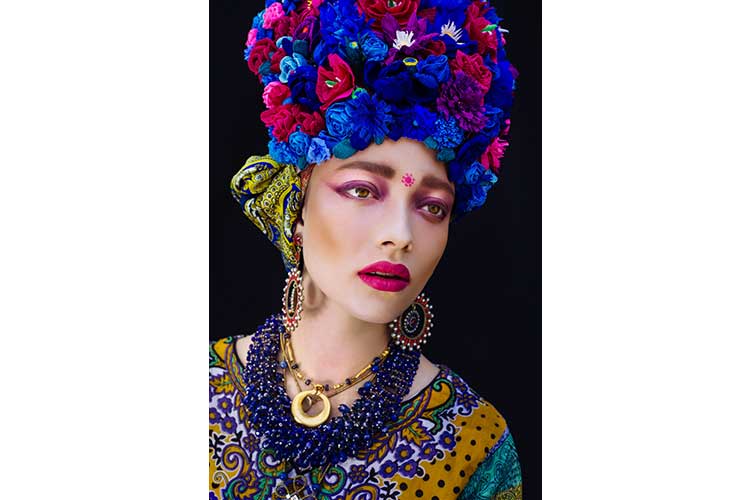 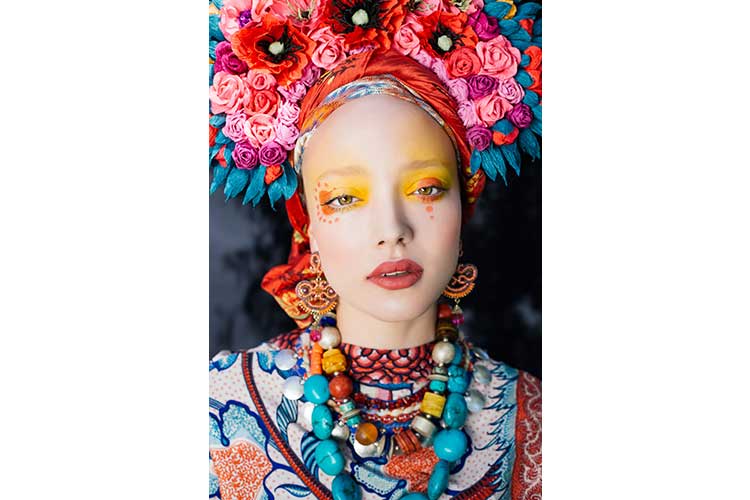 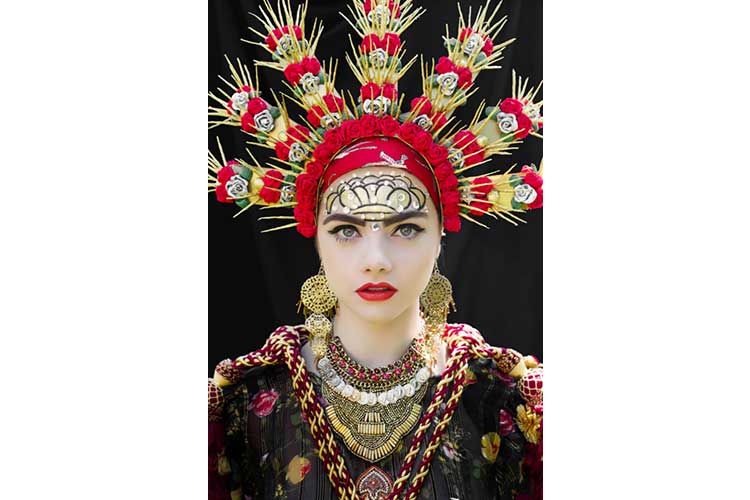 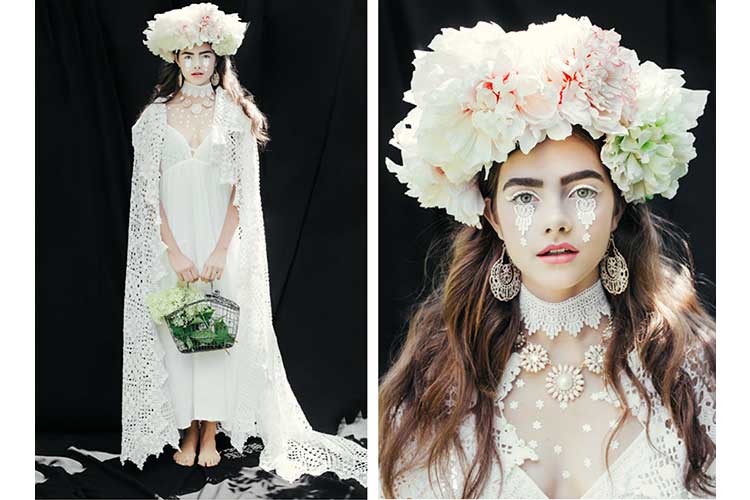 Young women worn by bright colour, accesoired made by pearls and flower crow are shooted by the photograoher Ula Koska like glamorous top models.

Lines of dresses, fabrics,  headpieces and makeup inspiration realized by Beata Bojda, take us back to ancient times, where the folklore was part of everyday life. Pearl necklaces and accessories are original and come from all over the world while the headpieces made with paper flowers were created by hand from Beata Boida using traditional techniques. The flowers are repeating items both for the photographer to Polish culture. In fact, many years ago were worn by women during religious or laical ceremonies, used to decorate the cornices of the portraits of Saints and given away as a gift. Thus, the project “Ethnic Bride” revisits the past and reinterprets the traditional cultural codes to tell in a new way the ancient customs of the Polish people.