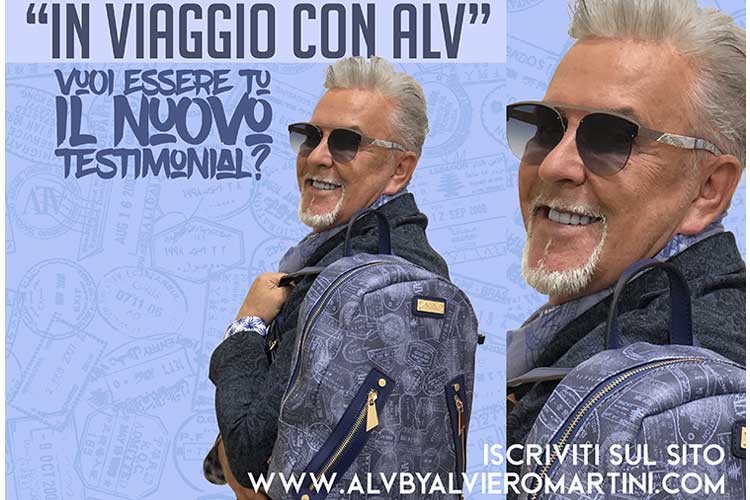 "I lived in America for 15 years and it was customary for designers or those who had a product to present, they armed themselves with a lot of will and starting from NY, we made a stop in Dallas in the morning, Houston afternoon, the following day, Los Angeles and San Francisco, then Chicago and Minneapolis, then Cincinnati and Denver, Miami with Orlando, and so on, all over America .... I have already said that right in Minneapolis, in the windows of Bloomingdale's, arriving I found 3 posters in the window near the entrance: one invited to meet Alviero Martini, Italian stylist who presented his Geo bags, the other informed that at the perfumery department Liz Tylor (yes you understand, the Divine) he sprayed his perfume on the customers' skin " Violet "(like her eyes) and upstairs, in the lingeria department, the supermodel Cindy Crawford presented her new underwear line .... We met all three 10 minutes before the presentations for ritual greetings o and photographs for the local newspaper, and then on, everyone at his counter promoting his product ... we called ourselves "personal appaerence", and it was so obvious that I had to do it that I met all the names of American and foreign fashion, in 15 years of travel in the States.

In Italy only writers do it, who present their own book in the Feltrinelli circuit, or Mondadori or other .. but fashion never! For years I had thought of doing it, but I needed a great organization.

I was called to Sanremo to dress Marco Sentieri, a promising young man, and his looks were extremely successful, so that a gentleman who had been organizing Miss Italy for years, and other competitions, to which I had also participated as a guest, who in his proposal for bring ALV on Tour, I didn't hesitate for a second and so the day after the Sanremo final we met with his staff and "FASHION IN TOUR ALV 2020" was born, with lots of regulations, duties and dates.

It is known that most young people aspire to become a footballer, but almost all models-models. Often without knowing what are the canonical and unaware requirements of the hard work that awaits them. But an opportunity to realize the dream must be given !! And this is the goal of our Tour, which will take place as follows: whoever intends to participate enters our website www.alvibyalvieromartini and finds a registration form that must be filled in in each field. The request comes to the artistic director Steven G Torrisi, who in turn routes them to the various regional show agents, who in turn offer the municipalities "the show event" often requested in the tourist areas to animate the evenings in the square. There will be a fixed set design, a technical jury that will vote for the best competitors, first Provincial, then Regional and finally the National final, still to be determined date and location. I will participate in all the regional ones, at least twenty, (Sicily for example is divided into two being the most profitable region of events) and 4 changes are foreseen: a total black look for the presentation of the competitors, a sea parade, then a day-trip, and finally in the evening. Spaced out by my presentation of the autobiographical book, I will talk about Care & Share, there will be artistic performances, and finally the two winners of the evening will be elected, which all gathered will enter the final, and still a jury will select, this time I will be me too in the jury, and two winners, one model and one model, will have a commitment for one year for my advertising campaigns, videos, promos, etc.

The MOST COOL CONTEST of the year is announced, also by the numerous requests that we have had in a few days !!!! The show is guaranteed, like the seriousness of the competition, given the many years of experience of Steven G Torrisi, and my notorious fussiness.

So, young aspiring models, or even if you are already in the sector, run to register on the site www.alvbyalvieromartini.com, pay attention to the form, the requirements, and from April to September prepare the trolley, few personal effects, for the rest we will dress you, to GO AWAY TRAVELING! "