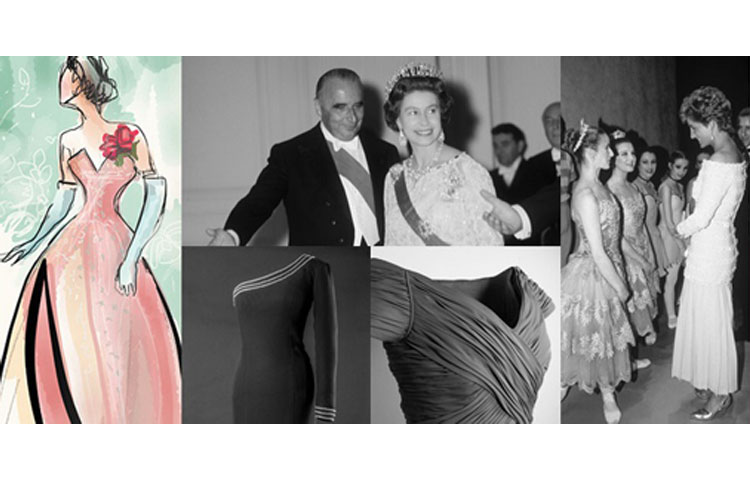 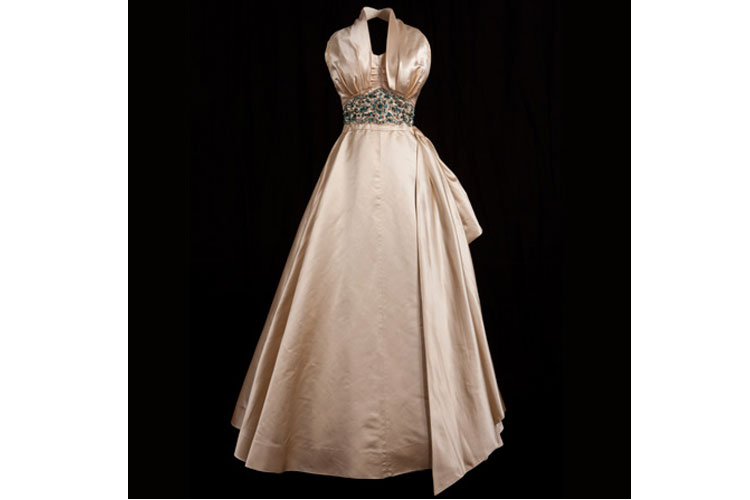 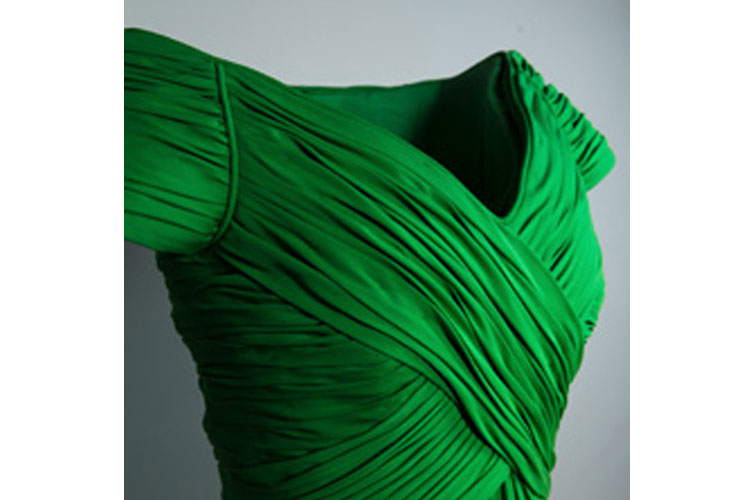 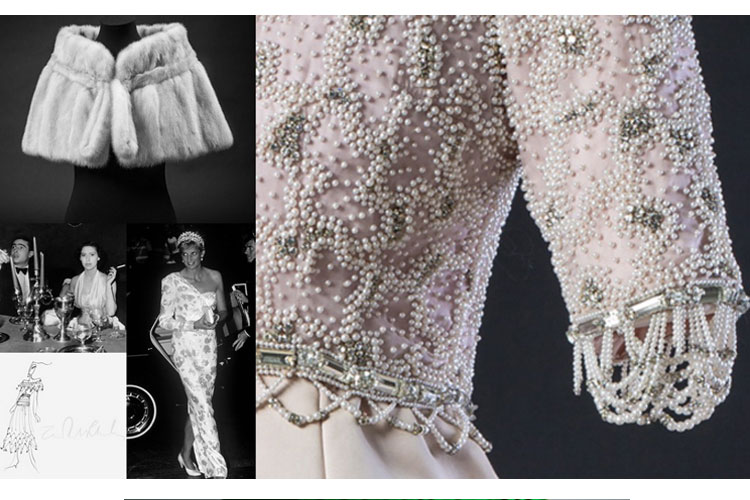 “Fashion Rules Restyled” continues to explore how three royal women, HM Queen Elizabeth II, Princess Margaret and Diana, Princess of Wales navigated the fashion ‘rules’ defined by their royal duties in unique style and set their own rules, which in turn overtly lead fashion and taste.

­Royal designers have considered national colours, the wearing of insignia and local ideas of modesty in the execution of their designs. Her Majesty the Queen is the most widely-travelled monarch in history. During lengthy royal tours, she has maintained the long tradition of diplomatic dressing – her designers have considered the customs of the host country, the climate, the setting and any ceremonial dress her hosts might wear.

The exposition showed a dress by designer unknown for Princess Margaret, 1951, an evening dress, silk satin with beaded embroidery, worn by Princess Margaret at a film premier in London and at a dinner in Paris with Prince Paul of Yugoslavia, 1951. This statuesque party dress, with its plunging neckline and halter-neck straps illustrates Princess Margaret’s daring approach to fashion. The Princess was known to prefer simpler, streamlined garments, but here the beaded embroidery is restricted to the dramatic waistline. The use of large turquoise beading creates a striking impact. More Hollywood glamour than royal wardrobe, this risqué dress was widely reported by the press who loved to catch the Princess smoking a cigarette.

The three women love the block color. This has many symbolic associations and can reflect a variety of emotions. Royal women have used colour to make a strong visual statement and to communicate specific ideas. They have worn black for sombre occasions or mourning, national colours for state visits abroad or ivory, silver and gold for special events such as the state opening of Parliament. The overall impact of colour became even more important from 1960s when newspapers such as The Sunday Times began to print colour supplements.

Focus on Lady Diana, fashion icon for ever, with many elegant dresses. She was so far awy from Giannu Versace at the time... The exibition show a white satin dress with frilly lace blouse by Bruce Oldfiel that, about Lady Diana, usually said that her relationship with key designers helped her transformation into one of the best-dressed, most glamorous women in the world.And it's totally true.