Filson an historic brand for man and for his world explorations 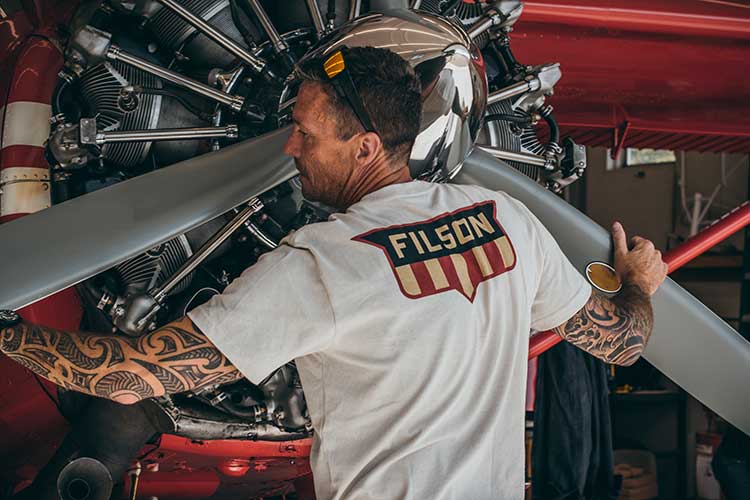 With only 20% of Alaska accessible by road, aviation plays a critical role in people's lives, livelihoods and their ability to survive. "Bush flying" refers to aircraft operations in remote wilderness areas, where there are often no landing strips or runways. This type of aviation is primarily, and sometimes the only, method of access for parts of Alaska.

Born in 1850, C. C. Filson inherited his father's pioneer spirit and love of the outdoors. After homesteading in Nebraska and roaming the country as a railroad conductor, he moved to the small city of Seattle, Washington in the 1890s.

Filson's timing couldn't have been better. By 1897, the Great Klondike Gold Rush was on, and thousands of fortune hunters were stampeding into Seattle, headed north. Armed with a strong work ethic, a reputation for honesty and several years' experience outfitting Pacific Northwest settlers and prospectors, C. C. Filson was ready to stake his claim to fame.

Filson continued to make his goods from the best materials obtainable, and guaranteed every piece of merchandise. If he didn't stock an item a customer needed, he custom-made it for him. Filson's name became synonymous with reliability, satisfaction and honest values. By the 1960s, Filson's reputation as the premier outfitter for outdoorsmen had spread around the globe. In addition to being stocked by retailers of quality outdoor wear, Filson garments were being ordered by mail from places as far away as Greenland.

Over the years, Filson's philosophy has never changed: Make sure it's the absolute best. Clinton Filson spent a lot of time talking to his customers and refining his designs to their specifications. So it's not surprising that the items that worked then still work today, over 120 years later. Comfort, protection and durability never go out of style.