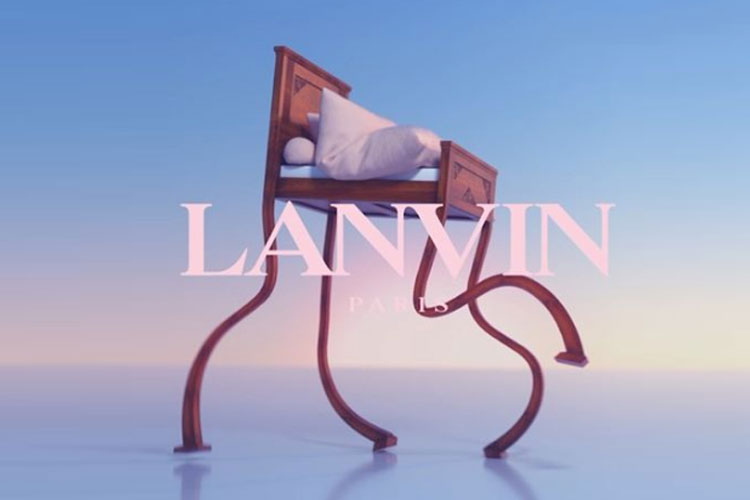 In the marvelous setting of the Musée du quai Branly-Jacques Chirac in Paris, Bruno Sialelli, in his second season as Art Director of Lanvin, presented a collection that fully reflects the spirit of the fashion house, thanks also to his keen sensitivity.

The desire to dream and be free is in everyone's dream and Bruno Sialelli, after a painstaking study in the archives of the fashion house, wanted to shine what was the true DNA of the historic fashion house.

During his research for the SS 2020 collection, he was inspired by the story of "Little Nemo in Slumberland" which was published in the New York Tribune in the early 20th century. It tells of a child who made surreal dreams, only to wake up in the same room.

Hence the idea of ​​using comics as a print for fabrics, re-proposed on silk and lurex. Moreover during the studies that Bruno Sialelli did in the archives of the maison, he discovered that Jeanne Lanvin was a great traveler, exploring distant lands, where her travels not only satisfied her desire to know, but at the same time inspired her fashion creations, so innovative as to make it extremely popular throughout Europe in the early 1920s.

The accessories seem to be small hidden treasures, distant memories of wonderful journeys.

Slumberland is the name of the collection, of a fantastic journey ... infinite, where the audience listened to the music from the headphones to offer everyone the freedom to dream, without any contamination, living this journey according to their soul, their sensitivity ... own dreams, which cannot be told, but simply lived.