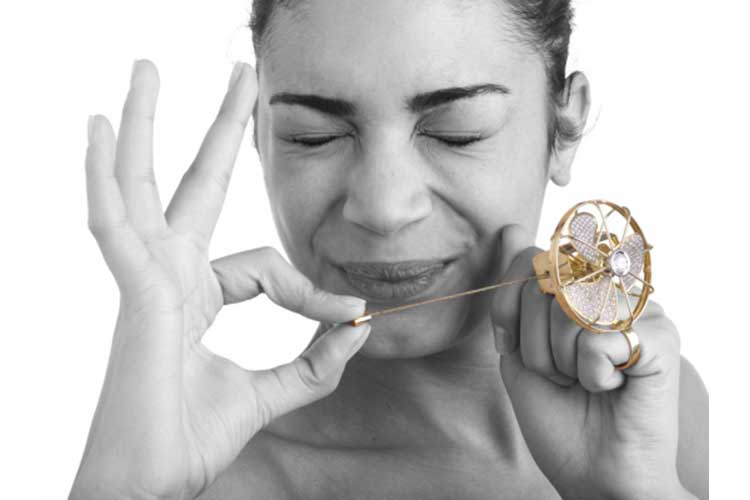 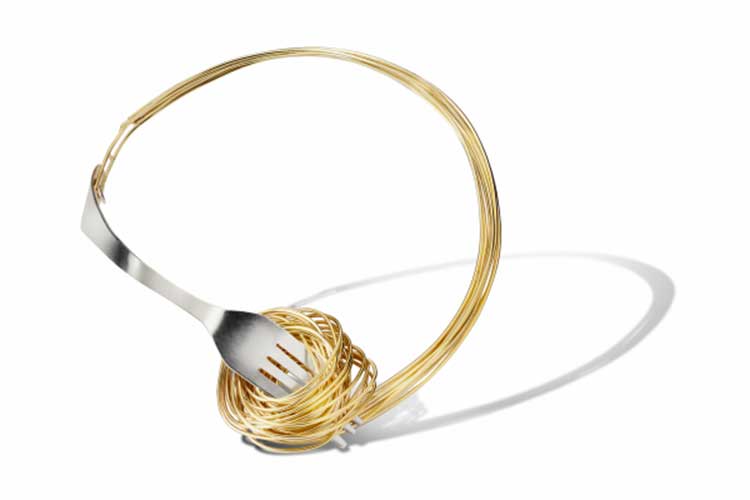 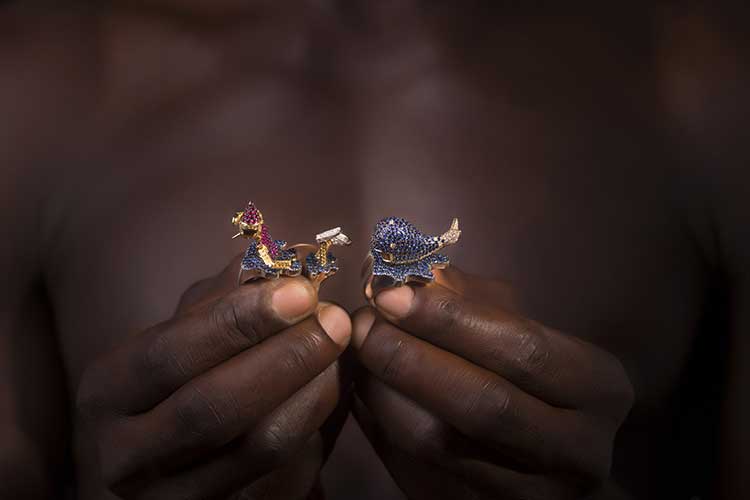 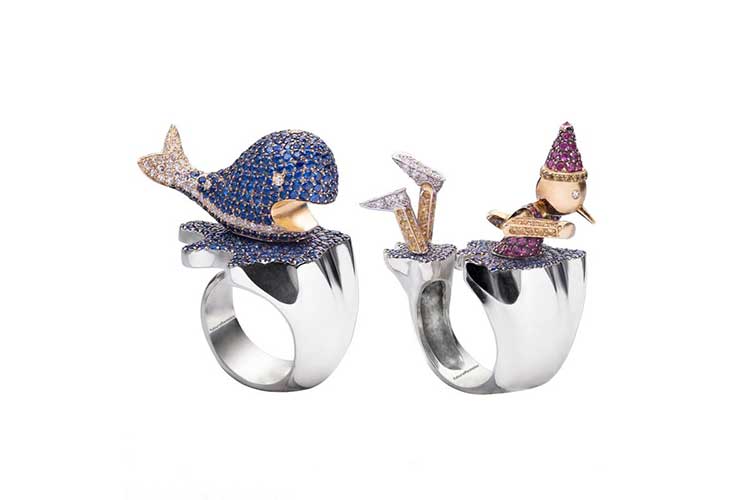 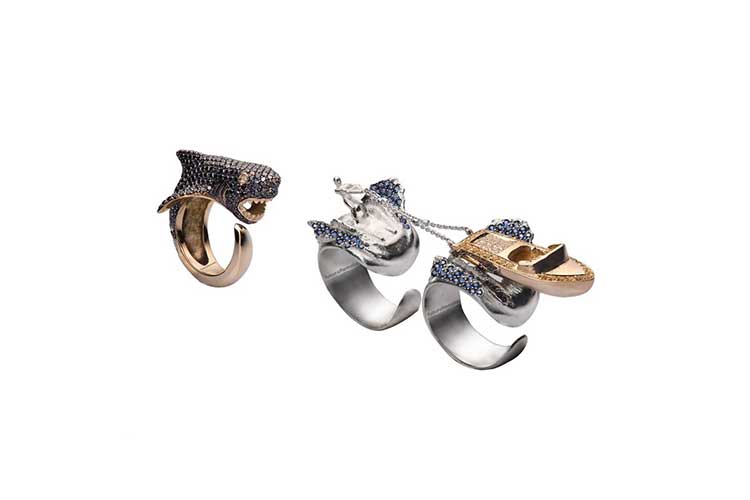 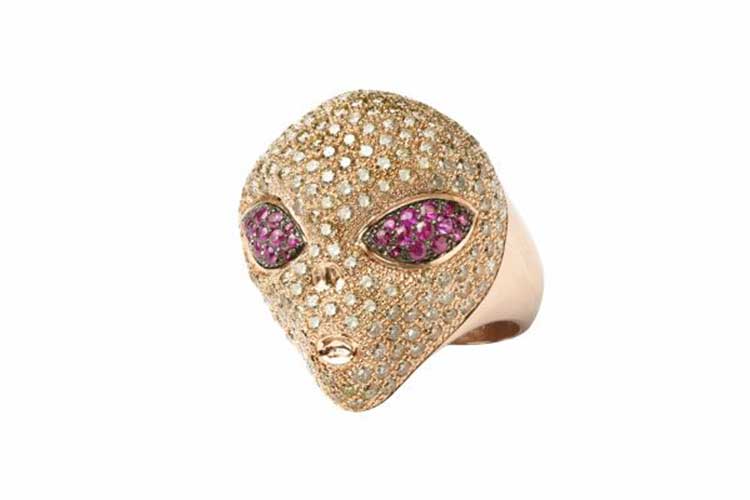 Strong of a figurative sensibility, the designer goldsmith of Salento Gianni De Benedittis proposes a new idea of ​​jewelry, conceived as a kinetic object that overcomes the immobility of the simple juxtaposition of precious metals and gems, to achieve the dynamism of the individual elements that compose it.

FuturoRemoto is a dynamic project, an artisanal production of high quality, where the preciousness of fine jewelry meets avant-garde design.

As the brilliant Apulian designer likes to say; "I'll tell you a secret: Any jewel images, when I create it is already outdated. So the future is virtual, it lies only in the conception and design phase; the realization relegates the object in a remote time.

Among its many masterpieces we recommend the double and triple rings. Depending on the story told, either Pinocchio who is about to be swallowed by the white whale (then 2 characters) or a man who surfs while a shark chases him (three characters) the wearable rings to give life to this scenic representation are two or three. An eccentric and theatrical way of making jewelry in a playful and clean way, from eternal Peter Pan who loves to create very precious toys to wear and with which to dream, smile and have fun. Those of Gianni De Benedittis, in fact, are creations for those who have imagination and imagination and not for those who just want to show off a very expensive accessory. And this is the real luxury that many noble brands of high jewelry will never understand because they sell only dreams of wealth, status symbol, while futureRemoto invites you to live your dream, whatever it is, with eyes wide open on a beautiful world.