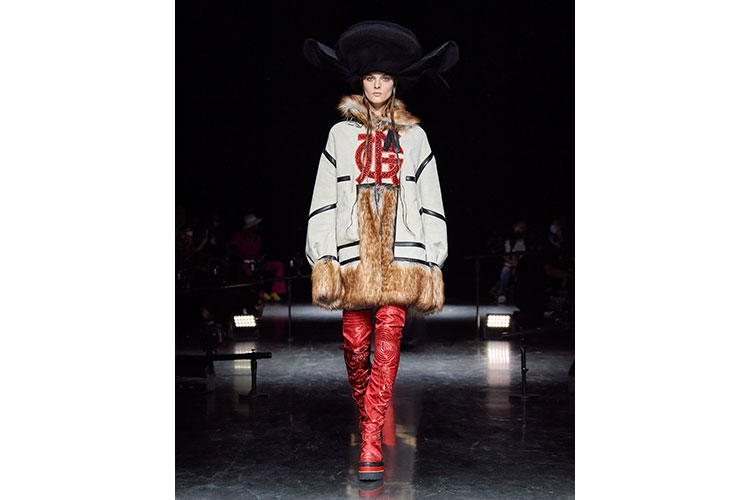 From the headquarters of the Maison, the collaboration between Jean Paul Gaultier and Sacai reveals its Haute Couture Fall-Winter 2021 collection..... and its most unexpected part.

A collection placed under the sign of collaboration, starting with Chitose Abe and Jean Paul Gaultier, but also with Pierre Hardy for Pierre Hardy shoes and the legendary tattoo artist Dr. Woo, who literally injects prints like as a second skin.

After his last fashion show, Jean Paul handed over the keys to Atelier Couture to Chitose Abe.

The designer and founder of the Sacai house ushers in a new era for Jean Paul Gaultier: each season, a new designer will take Gaultier's codes and reinterpret them in his-her own way in a couture collection.