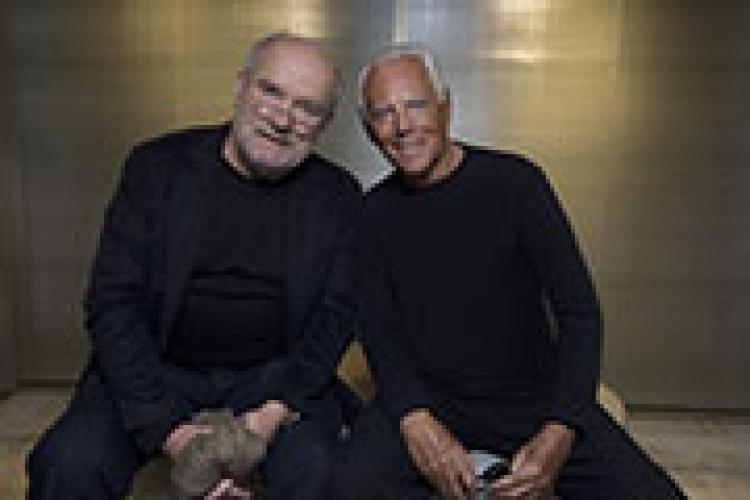 In Paris Giorgio Armani launched the New Normal Spring/Summer 2016 Advertisement Campaign, which was shot by Peter Lindbergh.
The collaboration between Giorgio Armani and Peter Lindbergh has, over the years, produced timeless images, which have entered into the collective imagination through the intensity of introspection and the subtle cinematographic allure. This new project renews an association based on a strong esthetic affinity and the value of classicism. The images, shot in a studio in Paris in an interior which could be either an artist’s studio, or a cinema set, are characterized by the black and white narrative and the feeling of timelessness.
These are not simple fashion shots, but portraits of four strong women, the first international supermodels. Nadja Auermann, Yasmin Le Bon, Stella Tennant and Eva Herzigova are shown as they are today; profound charisma, proud glare, no artificiality. Just like the New Normal collection, a distillation of the style of Giorgio Armani, these women are beyond time, they demonstrate that true beauty does not age and that authentic style is normal, measured, perfect for everyday life, never excessive.
“I wanted four iconic women with strong personalities to show that female beauty foes not have an age. I chose Peter Lindbergh, with whom I have collaborated the most, because his photos are not linked to a particular time and do not contain any artifice. I wanted to communicate the sense of reality, of clothes that naturally and gracefully accompany the normal, daily life”, declared Giorgio Armani.
New Normal is a selection of pieces that do not belong to any particular time period. It is composed of articles that are always present in the Giorgio Armani collections, essential and sought after, they are outside the changeable nature of the vogue walkways. An expression of a new concept of the classic, continually contextualized through a creative process, these pieces are revised in a contemporary tone, as in the proportions, so in the details. New Normal captures the essence of the Giorgio Armani style in a young and absolutely modern wardrobe, perfect for the woman of today, active and dynamic, who wants personalized clothes in which she will be recognized and which are easy to interpret. The collection is available in all the Giorgio Armani boutiques. The campaign will have its international debut at the end of February.