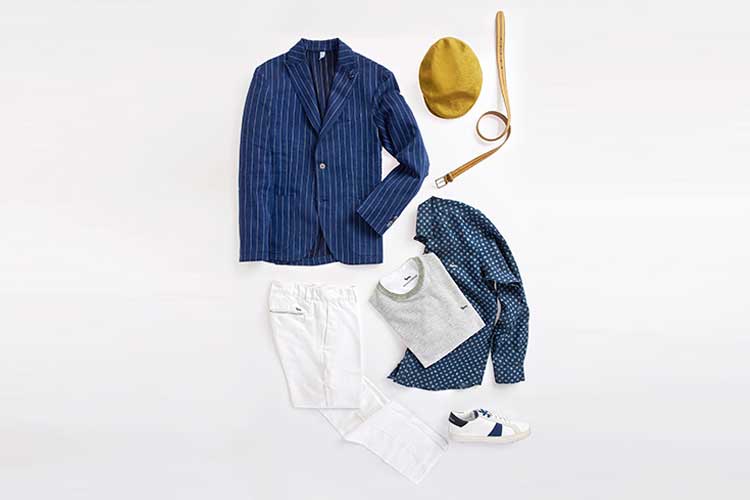 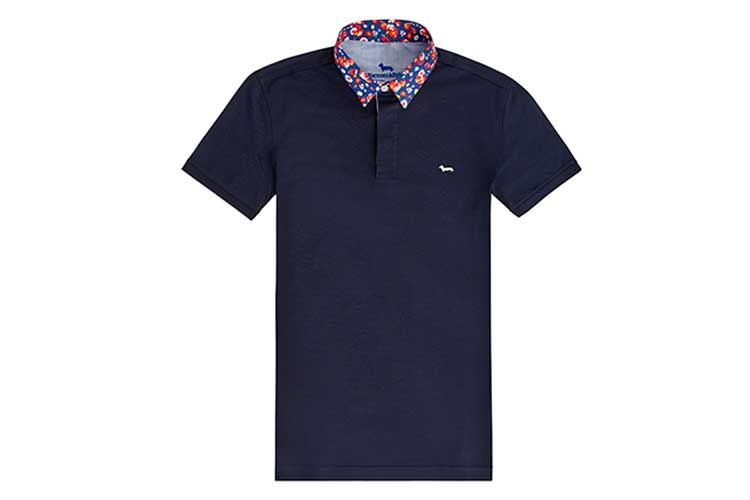 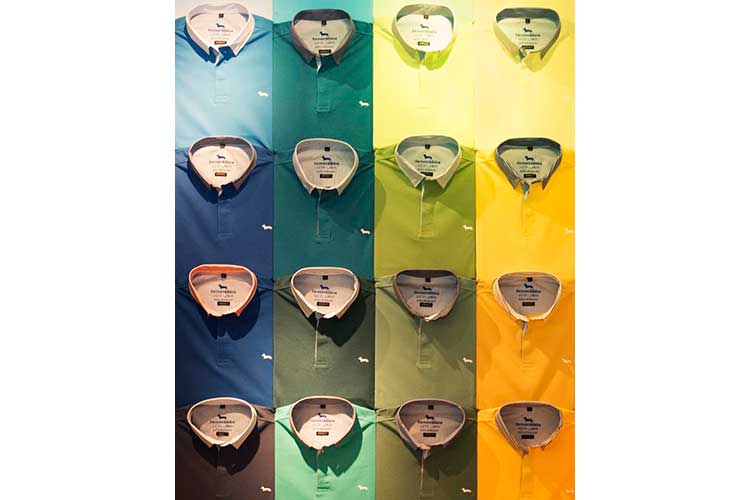 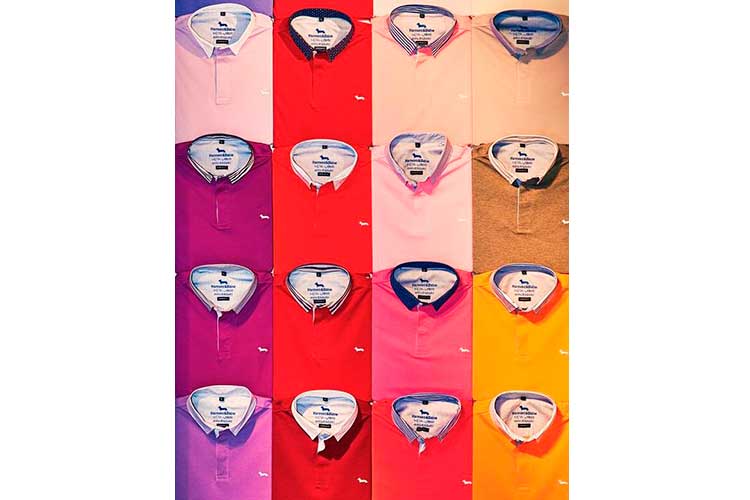 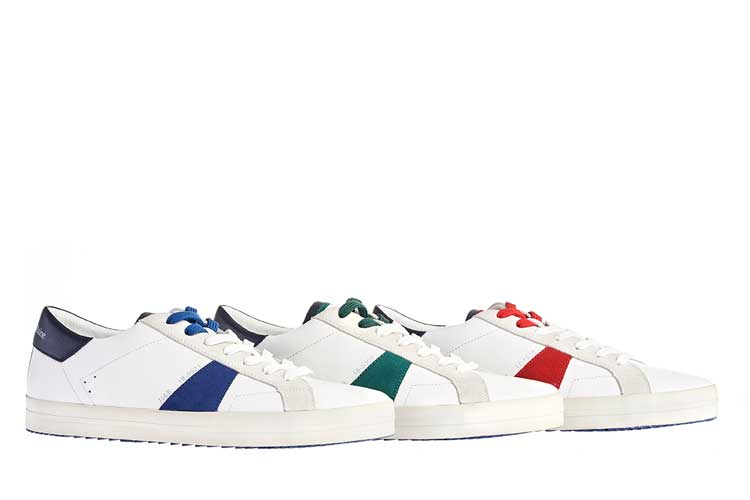 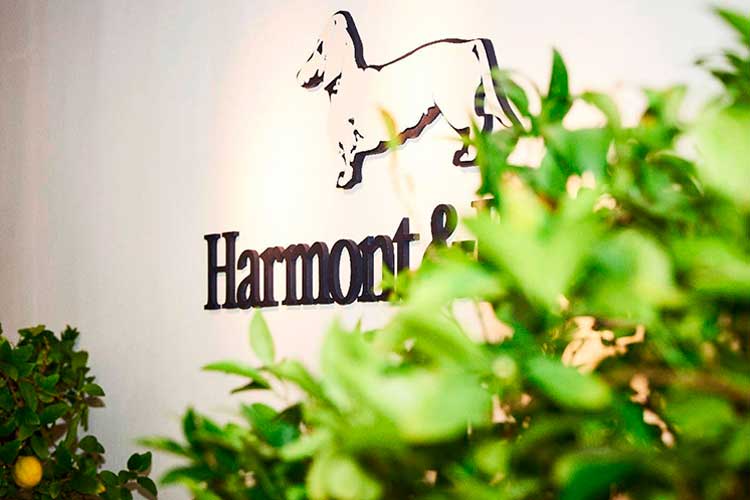 Naples (Italy), May 2017 – It was way back in 1997 when, in a quest to fuse innovation and tradition, Harmont & Blaine first breathed life into what would be known as their Vietri Polo Shirt - a garment which perfectly bridges the gap between the laid-back charm of a polo shirt and the crisp elegance of a shirt. This polo shirt with a collar in shirt fabric was destined to become an icon in H&B’s collection and has done the Dachshund brand proud over the last 20 years.

“The table top washeaving with drawings for the new collections. Loads of colourful sketches scattered here and there. What we were looking for was something that would strike a perfect balance between innovation and tradition;the idea came to us out of the blue. It was quite simple, yet startlingly original at the same time. We took the classic polo shirt as a base and gave it an extra touch to elevate it to more elegant heights: a collar in shirt fabric”. That is how Paolo Montefusco, the brand's CEO, remembers how the Vietri Polo shirt, a corporate best-seller, first came into existence.

The name ‘Vietri Polo Shirt’ draws inspiration from the Italian seaside resort nestling on the Amalfi coast. A stunning location which is renowned all over the world for its hand-decorated pottery depicting intricate motifs and figures from Mediterranean culture. Values and traditions that Harmont & Blaine has contributed to keeping alive by creating a lineup which takes its cues straight from Mediterranean colours and lifestyle.

20 years on, Harmont & Blaine are delighted to present their Anniversary Vietri Polo Shirt for the forthcoming Spring Summer 2018 collection - a garment which encapsulates the stylistic mutations which have occurred over time to meet customer needs: a tighter silhouette, in terms of fit and collar both of which have been narrowed, new ribbed detailing on the sleeve end, a special embroidered embellishment to honour the occasion and about 400 possible combinations from the range of pique shades and shirt fabrics.

In step with Pitti’s summer salon theme – Boom, Pitti Blooms – which celebrates the beauty of flowers, a special version of the Anniversary Vietri Polo Shirt has been created with a floral shirt collar which pops against a piqué base in blue - the signature colour of the Harmont & Blaine brand.

In support of the launch of the Anniversary Vietri Polo Shirt, a new omni-channel marketing strategy has been thought up which involves dedicated shop windows and packaging, a paper-based and digital booklet which relates the garment’s story and a special project which will be aired on the web and social-network platforms.

Harmont & Blaine S.p.A. is an Italian company, easily identifiable by its signature Dachshund motif. It manufactures and distributes high-end casual-smart clothing designed for the premium segment of the market. Harmont & Blaine S.p.A.'s headquarters are situated in the province of Naples, Italy. It had a 2015 turnover of 76 million euro, provides work for over 500 direct employees and generates satellite activities which involve more than 1,000 workers. Our brand is readily recognised in Italy and abroad for its ability to interpret the Mediterranean lifestyle with high-quality collections and an unflagging dedication to research into colours, styles and new materials that can deliver consistently high quality to discerning international customers who won’t compromise on excellence. Harmont & Blaine has over 100 single-brand sales outlets and shop-in-shop points in Italy and worldwide, including Milan, Naples, Capri, Portofino, Paris, Cannes, Dubai, Doha, Miami, Mexico City, Panama, Santo Domingo, Cartagena and Hong Kong. In October 2014 the company opened its share capital to the Clessidra investment fund.