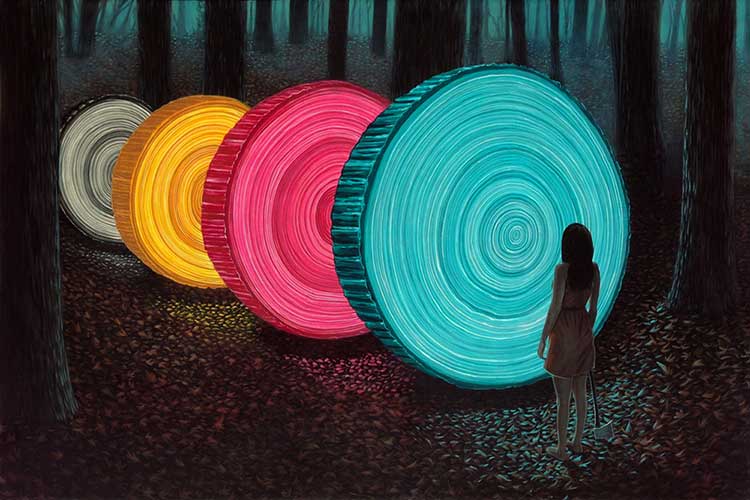 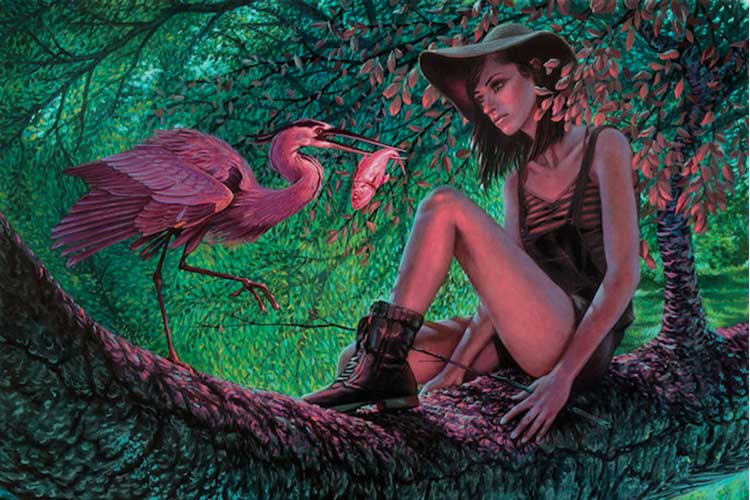 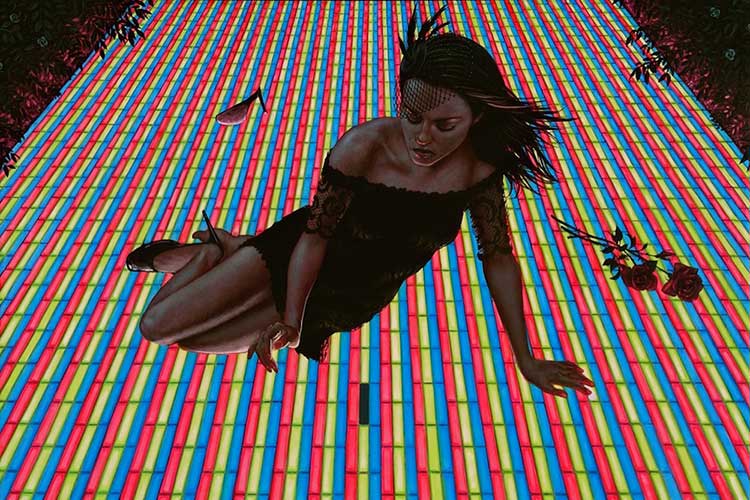 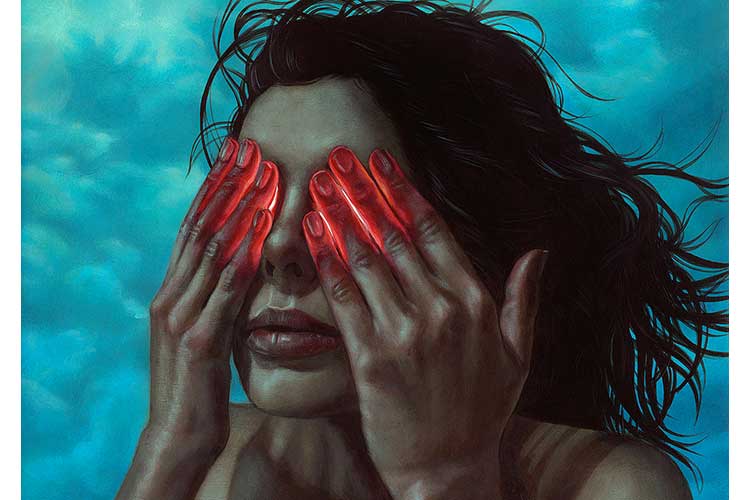 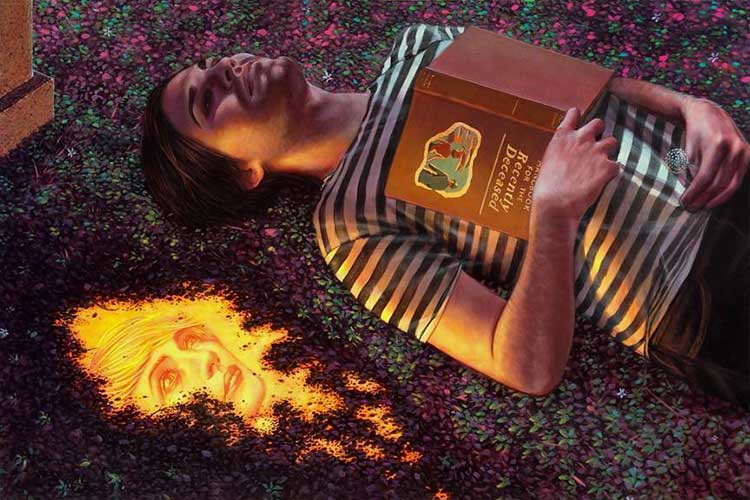 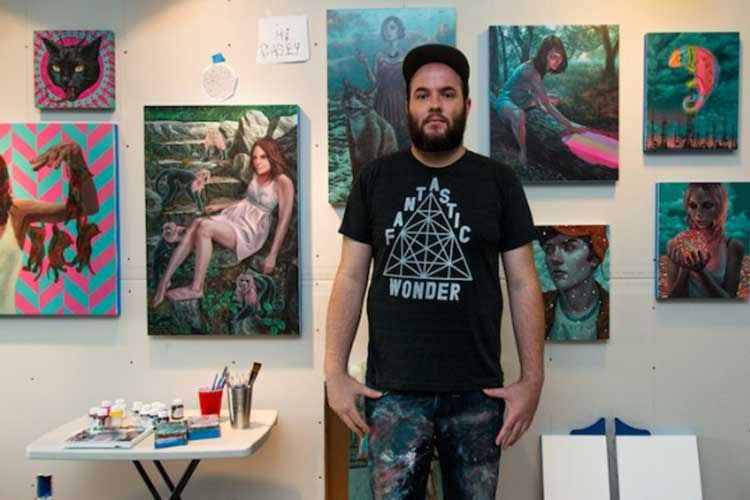 Casey Weldon, a Californian doc, graduated from the Art Center College of Design in Pasadena in 2004. After moving to Brooklyn, he developed a truly unique style of painting. His works are witty and electrifying with psychedelic effects. Attracted by pop culture and new media, Casey Weldon depicts strange and dreamlike circumstances where human and animal figures interact. The works follow an almost cinematic narration and literally explode in blue and pink tones. Over the years, Weldon's color choice has progressively developed a surreal luminosity, resulting in a heightened sense of drama, characterized by extreme darkness and blinding neon lights. Using the iconography of today and the popular culture of yesterday, his work aims to awaken a feeling of nostalgia within the viewer, simultaneously mixing the sense of humor, the melancholy and the nostalgia of lost times. Art critics have defined Casey Weldon's style as "post-pop surrealism", comparing the Californian artist to sacred monsters like André Breton and Rene Magritte.