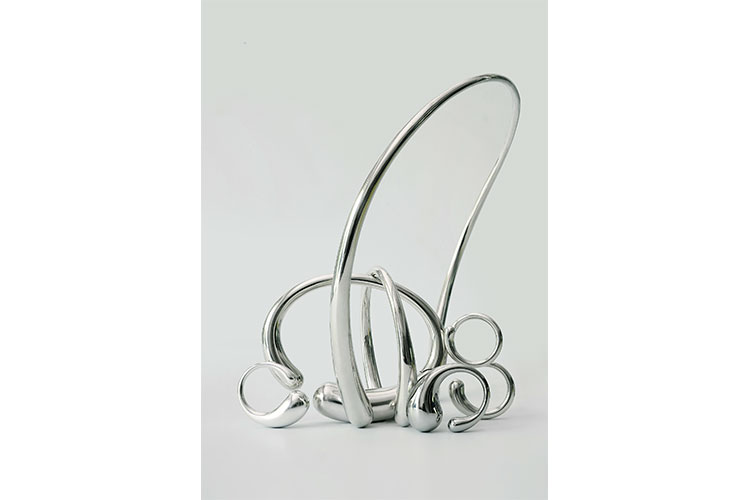 Rabun’s fluid, conceptual forms and her poetic approach to design, through which she seeks to reflect the human experience, has become her signature.

Jacqueline Rabun launched her debut jewelry collection “Raw Elegance” in 1990, upon her arrival in London, a series of hand-sculpted organic forms exploring the purity and innate elegance of precious materials, gaining her instant acclaim and recognition amongst collectors of contemporary art and design.

In 1999 Rabun began a long-term collaboration with the Danish Royal Purveyor, Georg Jensen. Rabun has since created iconic jewelry collections that are currently the most successful in the brand’s history.

Rabun’s design language carries her passion for organic and architectural forms, illustrated in ethical, noble materials. Jacqueline Rabun’s jewelry collections are not merely design objects, but rather wearable works of art that tell a story.