Kate Middleton, The Duchess dresses made in Italy SportMax 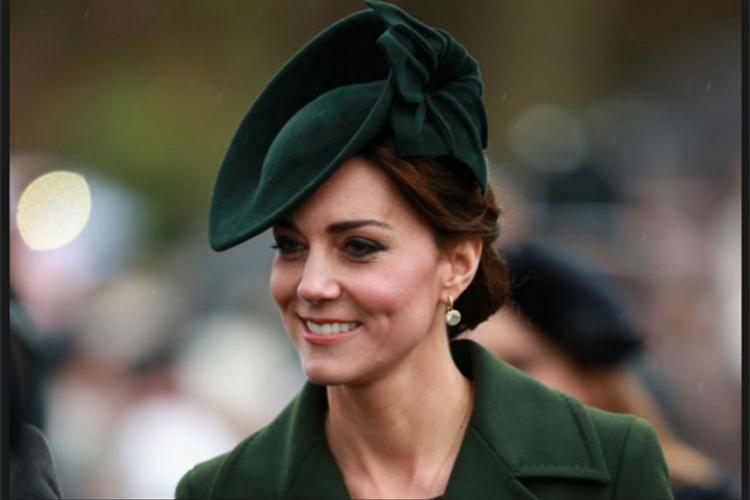 With a family portrait to frame and a Christmas program made of traditional lunches and relax in the home it is also spent Christmas 2015 Kate Middleton and the Royal Family.

25, the whole family went to the Christmas Mass in the church of St Mary Magdalene, the same where she was baptized Charlotte Elizabeth Diana, notably absent at the ceremony remained at home with his brother and the nannies.

Queen Elizabeth II was there instead, but the Christmas Mass at Sandringham was always like Kate Middleton to attract the attention, accompanied by her husband Prince William.

Kate Middleton and Prince William in Sportmax - Christmas 2015Elegante and sober, the Duchess of Cambridge wore for the occasion a forest green outfit signed by Sportmax, beautifully paired with a stylish black hat and a precious brooch and diamond earrings. The coat made in Italy, Kate Middleton seems to have combined a designer dress from French Connection beautiful Impressionist, but for which we see only a small portion tick under his coat.

Not even to say, coat with drain av Sportmax worn by Kate Middleton during the Christmas function went to steal immediately after the release of the first photos of the Royal Family, and today is sold out in stores is the second line of Max Mara is online.

As per tradition, next to William, Kate and Queen, who for the occasion wore a red coat trimmed with fur native and a nice umbrella with transparent border to match, on Christmas morning in 2015 were Prince Harry, Charles Camilla Parker Bowles, the Countess of Wessex, Sophie Rhys-Jones, wife of Prince Edward, daughters Andrea, Beatrice and Eugenie of York.

Yesterday, Sunday, Dec. 27, Kate Middleton and Prince William have not jumped even the traditional post-Christmas Mass at Sandringham.
With them naturally good part of the Royal Family, Prince Harry Princess Beatrice.

To be made in Italy this time shoes, a pair of boots signed Aquatalia who completed the outfit chosen by the Duchess of Cambridge, a jacket and tweed skirt plum signed Michael Kors. To complete the look a little black hat with flower decoration.

Poorly ceremonies of both the Prince George and Princess Charlotte. The decision has been taken to protect the privacy of Royal Baby but also to the too cold.

Kate Middleton and Prince William joined them soon after the end of the functions in Anmer Hall, their country residence, where they spent Christmas lunch, and the following days, in the company of the Middleton family.

Though away from the Royal Family have seen on TV, like most of the British, the Queen's speech, in which Elizabeth II, 89, said, among other things "One of the greatest joys of living a long life, watch the children, grandchildren and great-grandchildren decorate the Christmas tree. And this year the royal family has a new member who joined in the fun, "referring precisely to the little Charlotte.

The country house in Norfolk will frame all Parties of the family of the Dukes of Cambridge. Kate and William with small fact I spend the entire period, out of the spotlight and no official engagements on the agenda.