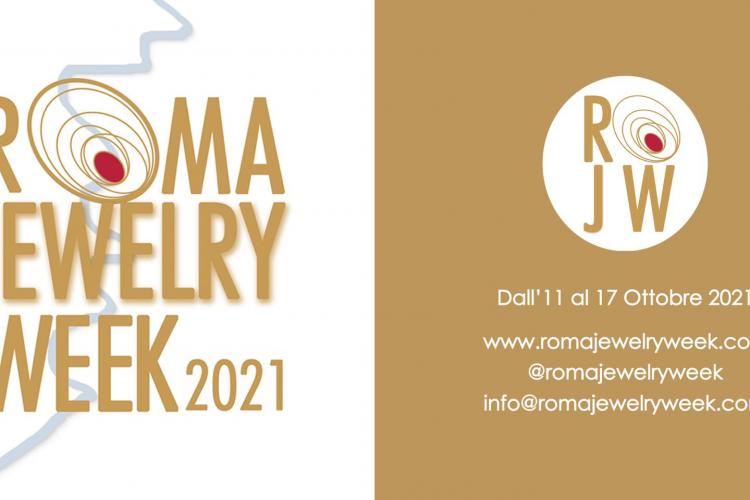 Roma Jewelry Week closed on October 17 with great success, with ample satisfaction on the part of goldsmiths and the public. It was the first jewelry week to be held in Italy after the lockdown. The event is directed, curated and conceived by Monica Cecchini, realized and promoted by the Incinque Open Art Monti Gallery, with the co-curatorship of the master goldsmith Emanuele Leonardi and the jewelry historian Bianca Cappello see if you leave it or take it off. In one week, the audience of industry experts and enthusiasts were able to enjoy the activities of the rich schedule and appreciate over 130 creations on display in numerous ateliers, cultural sites and galleries in the area, participate in live demonstrations and workshops.

The event obtained the patronage of both the I Municipality of Rome and the Italian-American Chamber of Commerce in New York. The president of the latter, Alberto Milani, during the award ceremony of the Incinque Jewels Prize, awarded a young Italian designer graduated from Ied Rome, in connection with New York.

An entire day of study was organized by Dr. Lucia Ajello at the Central Institute of Intangible Heritage inside the National Museum of Arts and Popular Traditions, accessible online and offline, promoted by OADI Osservatorio delle Arti Decorative in Italia, under the patronage of the Ministry of Cultural Heritage and Activities, which involved as speakers the most important university professors at the international level and experts of Roman goldsmithing.

The new book Glass Jewels. From Prehistory to the Third Millennium by the historian and jewelry critic Bianca Cappello and Augusto Panini was presented inside the evocative Mausoleum of Cecilia Metella, one of the symbolic places of the Via Appia Antica. The participants were able to appreciate the site also thanks to the guidance of Professor Stefano Roascio.

All of this was made even more interesting by an exhibition route in the city, divided into eight special tours managed by the tour guides of AGTAR (Associazione Guide Turistiche Abilitate Roma) and by a digital infrastructure created exclusively for the RJW tours by the start-up CULTT, which, through a QR code and an NFC, provided an unprecedented experience thanks to specific multimedia content.

Flagship event of RJW was the Incinque Jewels Award, jewelry contest aimed at enhancing the international designer jewelry and that for this edition has proposed the theme "joy and the return to conviality. The exhibition was held for the first time in an exceptional place that for the three days of the exhibition was open to the public free of charge: the Auditorium of Maecenas, a historic site of 30 BC managed by the Capitoline Superintendence.

The participants of the jewelry contest were able to experience a special evening thanks to the hospitality of the Georgian Embassy on the terrace of Palazzo Grazioli, and they all received a gift of high symbolic value from the Georgian Embassy consultant David Gomarteli who attended the event. The winners and Georgian goldsmith authors Salome Kobulashvili and Pati Kakhniashvili also displayed their creations here.

"We are very happy with the results obtained, the Rome Jewelry Week is a new prestigious appointment in presence in the schedule of cultural activities of the Capital. We managed to give a concrete signal of restart and optimism to the activities of the sector by creating a special network, bringing many visitors to the ateliers and making culture. Many appreciations from visitors who were able to experience the city in a new way, discovering little-known realities and international goldsmiths and rediscover the value of the artistic heritage that surrounds them". Says Monica Cecchini director and creator of the event.

The event was made possible thanks to the generous support of the sponsors Montanelli Restauri S.r.l., M.O.S.T. CND S.R.L. monitoring & structural testingse HomeRo studio.