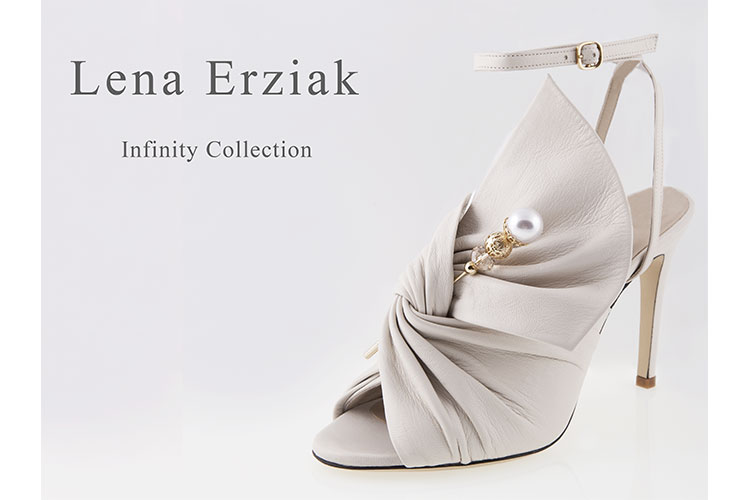 The name Lena Erziak defines the overarching spirit of the brand story. There is no Lena – there are two - sisters Hanna and Leona combined their first names for the moniker, creating Lena Erziak.

Lena Erziak launched speaks to a woman's many moods and lifestyles, the combination of two creatives and their diverse backgrounds. Born in Belgium, their family hails from Morocco ; the sisters are the youngest of eight. Hanna is based in Paris and Leona resides in New York, both have homes in Marrakech.

Raised by a seamstress mother who crafted intricately embroidered bridal caftans and a Master Potter for a father — they were deterred from pursuing the artistic fields.

"My mother knew how difficult it would be," recalls Leona. "She told us to secure yourself, go into business and if we still loved the arts, we could come back." The two heeded the advice and studied communications and international relations becoming successful real estate developers. However, they couldn’t shake their creative calling, after the market collapsed in 2008 they decided to go pursue their true calling.

After a two year hiatus, Leona relaunched Lena Erziak in 2016 with sophisticated, meticulously crafted shoes handmade in Italy. With an eye on accessible luxury, she is shifting the business model to direct-to-consumer for Fall 1028 to make the high quality footwear collection more accessible and affordable.

Lena Erziak is a bold, flirty, glamorous brand with an edge created by women for women. With comfort in mind, Leona created a unique collection of Italian shoes that can easily transition from day to night. Leona gains inspiration in the everyday woman who is looking for a way to express herself through a line that speaks to women, with the look of a sophisticated shoe and an edge - yet affordable.

"Lena Erziak reflects the way women live today - embracing the 'and' in life. A woman can be a mother, lover, artist, executive, warrior and a siren — without compromise. This collection — which taps into the myriad dimensions of our heritage, from Belgian understatement to Moroccan bohemia — is designed with that in mind," said Leona