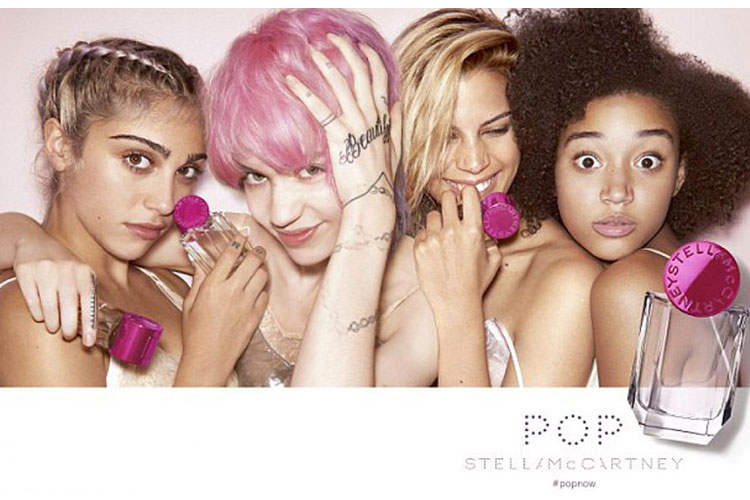 After launching successfully with her mother Madonna a fashion brand inspired by the Eighties, "Hard Candy", now Lourdes Ciccone, called "Lola" seems more than ever determined to follow in the footsteps of the her famous mom, but only in fashion as fashion icon and made her debut as the face for the new fragrance "Pop" by Stella McCartney, a great friend of her mother by years.

The british designer wanted Lola Ciccone as the face of the adv of this new perfume definitely young along with other models teens like her. Posing with her, in addition to the actress and writer Amandla Sternberg and the singer Grimes, there's another person who wants to establish herself in the world of show biz: she is Kenya Kinski-Jones, daughter of the famous record producer Quincy Jones and actress Nastassja Kinski, amazing with her tattoos and pink hair.