MedaWeek of Barcelona, an economic and environmental sustainability 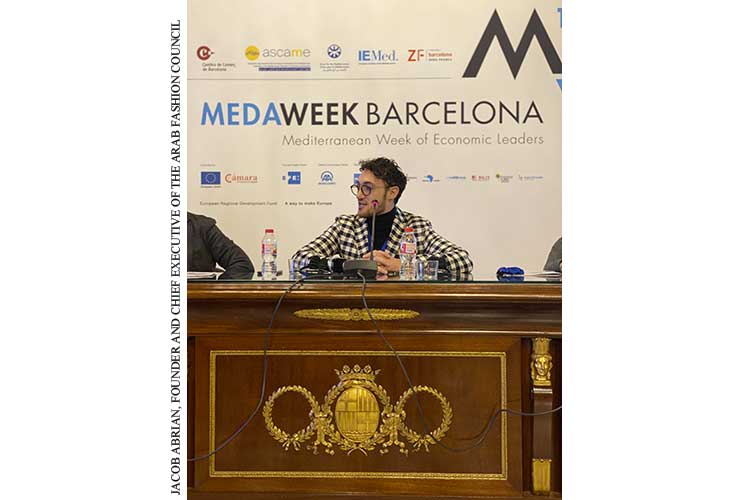 Over 20 Million Job Opportunities and the new era to a Sustainable Arab Fashion Industry. Over 45 countries participated at the MedaWeek in Barcelona (The Mediterranean Week of Economic Leaders), the event hosted numerous key thematic and sectorial fora which has welcomed over 20,000 attendees from all over the world.

These included entrepreneurs and representatives of the private sector, business support organizations such as chambers of commerce and promotion agencies and political authorities.

The MedaWeek Barcelona saw the participation from over 45 countries across the globe and the Arab Fashion Council explained the role of the Arab Fashion System in the creative Economy, creating over 20 Million job opportunities and driving a sustainable economical-industrial era.

The 13th edition of the MedaWeek Barcelona, brought many trending topics on the table and served as the flagship Mediterranean entrepreneurial-economic platform for the entire world.

• Underline the importance of the African continent’s role for the Mediterranean;
• Propose alternative systems to the Western banking system for the countries of the “MEDA" region;
• Align the sustainable development needs of the Mediterranean area with the United Nation’s SDGs.

MedaWeek Barcelona 2019 started with the Forum on Business Development in Africa, which advance the trilateral Europe-Africa-Asia Cooperation Agenda for the coming years in a context of political transition, listing the latest regional transformations, the key involvement of regional economic actors and the new horizons for the African business world.

The Forums of this edition focused in particular on the harmful impact of plastics in the Mediterranean region and especially in the Mediterranean sea, the urgent need to achieve a circular economic system in order to develop sustainable practices in the major Mediterranean cities and in the textile industry, as well as the support of renewable energies. Ethical business practices and gender equality have also taken a central place in MedaWeek Barcelona to ensure the transition of the Mediterranean area to a leadership role at the head of 3 continents.

In 2015 the Arab Fashion Council alongside industry experts has coined the term Ready Couture and became its global licensing authority which has given the Arab World a strong position in the international market. Products that categorized as Ready Couture are forecasted to generate revenue of 368B$ by 2021.