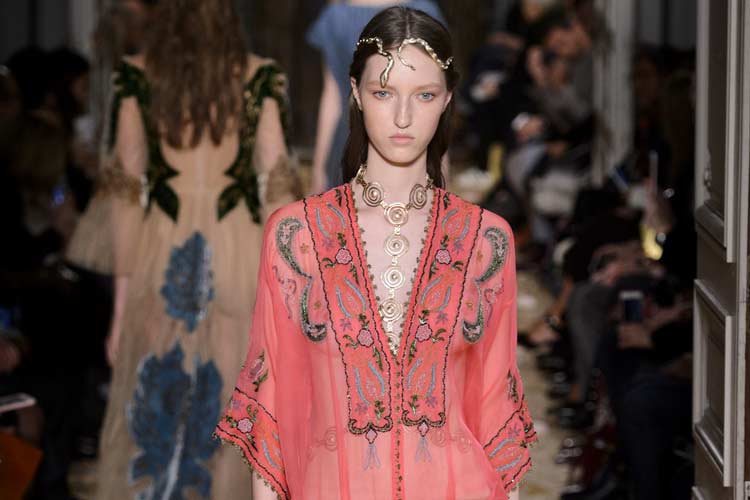 Devoted to the Middle East by vocation and inspiration, the Valentino fashion house is staged in Paris with its ethereal and aristocratic set inspired by a charming middle eastern woman who loves the sumptuousness of precious fabrics that wrap its silhouette softly, not daring to transparency and without unnecessary segnarne forms, preferring, thanks to masterful cuts and volumes studied centimeter, following the movements gracefully. With golden crowns on his head, even in the form of a serpent, stolen from memoires of the East almost Egyptian, the models of the new haute couture collection s / s 2016 Day parade graceful and severe, aware of their charm that, after all, is merely cosmopolitan and worthy of a jet setter globe trotter, used to travel and to their traditions, colors, prints and customs of other cultures. Thus the Valentino fashion house, while showing a lot of love and the charm of the ancient Ottoman Constantinople, became international because the beauty is never local, but global, and these clothes are left clean and severe lines happily represented both the beautiful women Middle East the equally fascinating Western women, the most chic and sublime contamination and stylistic and cultural integrations.