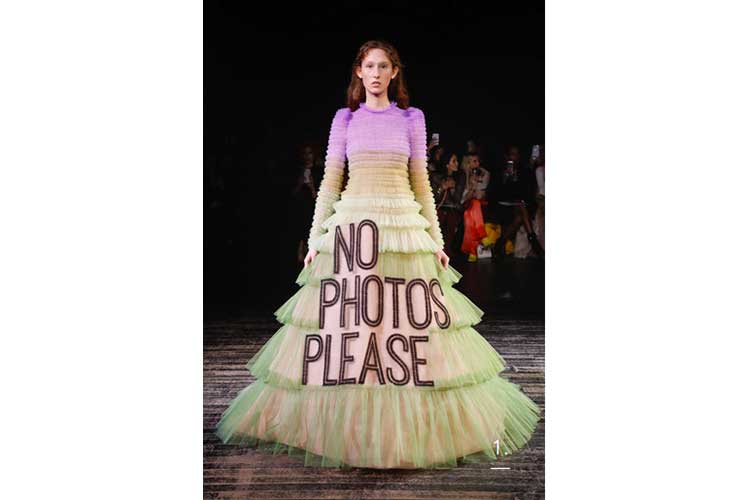 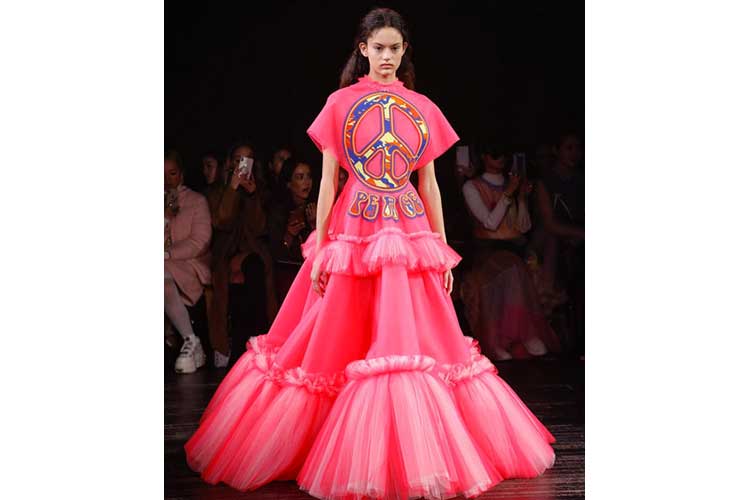 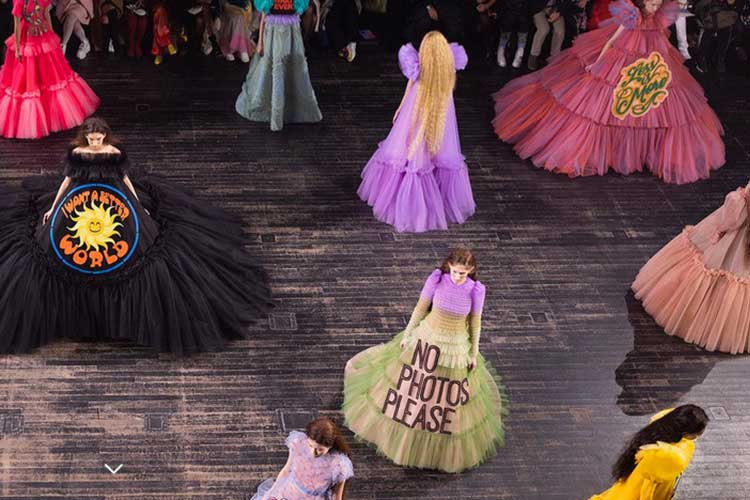 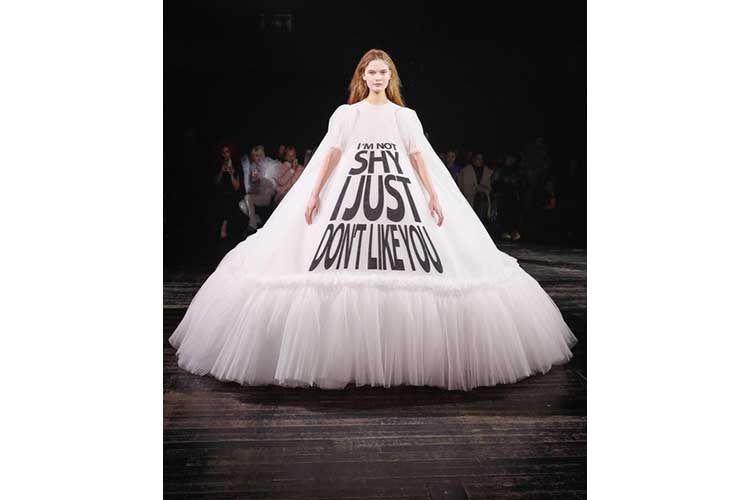 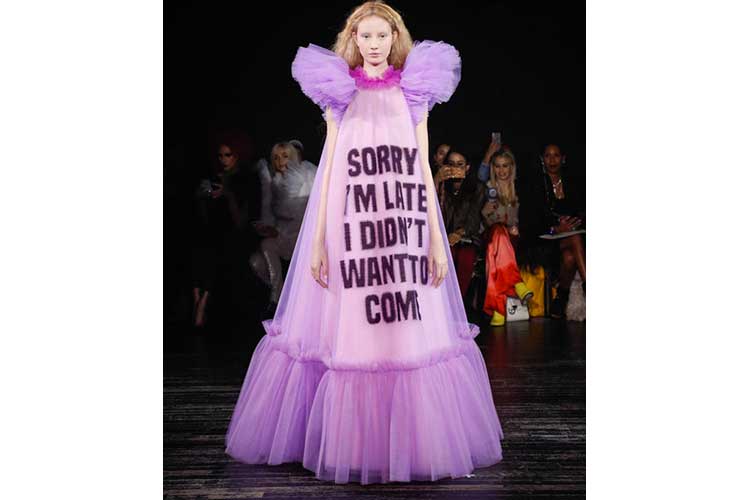 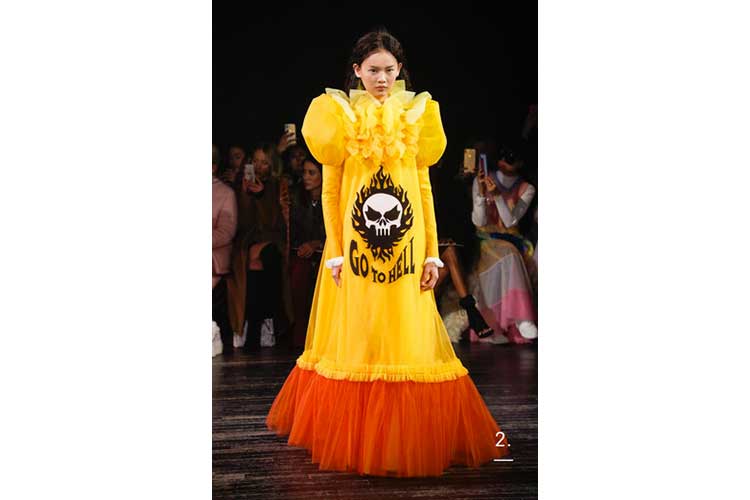 In the middle of the social era, it could not be missed by the two most attentive stylists to capture the air to transform it in their personal idea of fashion and art. We are referring to the two brilliant Dutch designers Viktor&Rolf who decided to design their new Haute Couture spring/summer 2019 collection to the meme culture. From the mind of the British scholar Richard Dawkins, meme is a word of Greek origin that means, "what is imitated". It is therefore an idea that propagates by imitation, often driven by irony.

Often accompanied by a corollary of images to make the scene even more surreal, no one in the world is free from becoming a meme in spite of this, so why not celebrate this fashion that is so strongly through a series of clothes that bear imprints written with humor that will please those who, not only want to wear a great dress, but to express through it, as was once done with shirts in a decidedly cheaper way, a nice personal message, but High Fashion is High Fashion so to make their clothes-memes , the two designers have used 8 kilometers of fabric, record-breaking amount: Viktor&Rolf wanted to put in writing on their refined couture dresses everything that we often think, but just as often do not have the courage to say.

Now there are no more excuses: to each her monumental and grandiose tulle dress, embellished with ruffles and flounces, with a retro allure, to be chosen in the most popular colors among orange, pink, blue, white, black or purple, for a fashion with a classic style, poetic and feminine, yet definitely in step with the times. Power of memes.