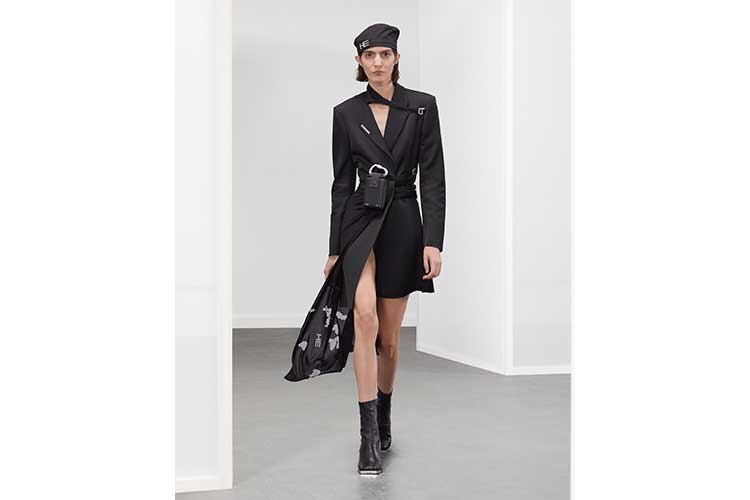 In reincarnation it is believed there  is an interval in between the end  of one life and  the beginning of the next life. Designer Julius Juul was  intrigued  by the concept of an intermediate state in which an object or entity is in transition between two stages

This concept gave way for garments in the collection to be explored as transitional pieces in which different phases of the transition was expressed. Asymmetrical patterns and shape modifications conveyed the concept of work in transition. Prints in the collection were generated using artificial intelligence to find the intermediate stage in an image in between various images.

In relation  to this concept designer Julius  Juul constructed the collection with the familiar HELIOT EMIL silhouettes, and continues the constant narrative of exploring  a balance between form and  function  with each garment design.

For the SS22  show  HELIOT EMIL partnered with the global  smart watch brand, Amazfit, as it’s Official Wearable Device Partner. HELIOT EMIL is very excited to work with Amazfit on this partnership, as both  share the same vision of aesthetics, improving  performance and  mental  health.

In the show  you will see  the Amazfit smart watches. Amazfit will launch  the new GT3 series in October 2021.