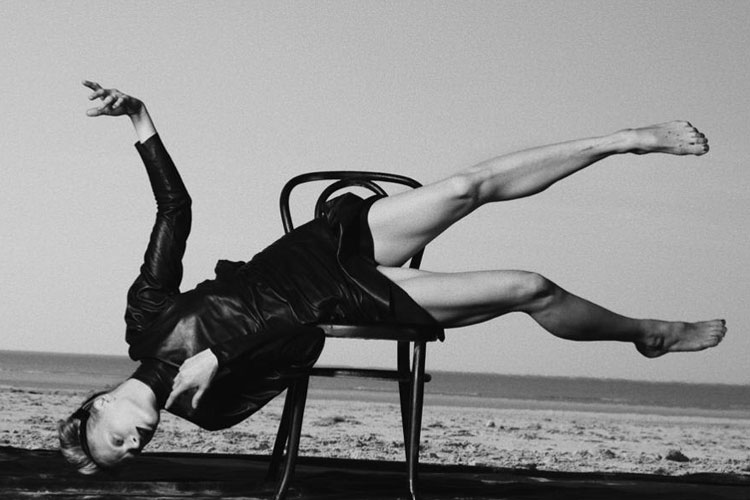 Gagosian Athens is pleased to present photographs by Peter Lindbergh. Lindbergh’s now-iconic photographs of women derive inspiration from early narrative cinema and street photography, in their fleeting observations and compositional elegance. His Eastern European heritage can be traced in the stark and guileless realism that frames the feminine beauty of his subjects.

In his editorial work for such many international magazines, Lindbergh replaces staged, calculated glamour with a vérité approach, enhanced by his use of high-contrast black-and-white photography. He uses body movement, in particular modern dance, to celebrate the human form in a way that carries elements of both antiquity and modernity. Spanning the last thirty years, the exhibition testifies to Lindbergh’s impact on the world of fashion photography, and his contribution to portraiture in general. The beauty of his female subjects is purposeful, self-possessed, and uninhibited. With little styling or setting to divert attention, Lindbergh’s approach emphasizes the raw physical grace of his subjects.