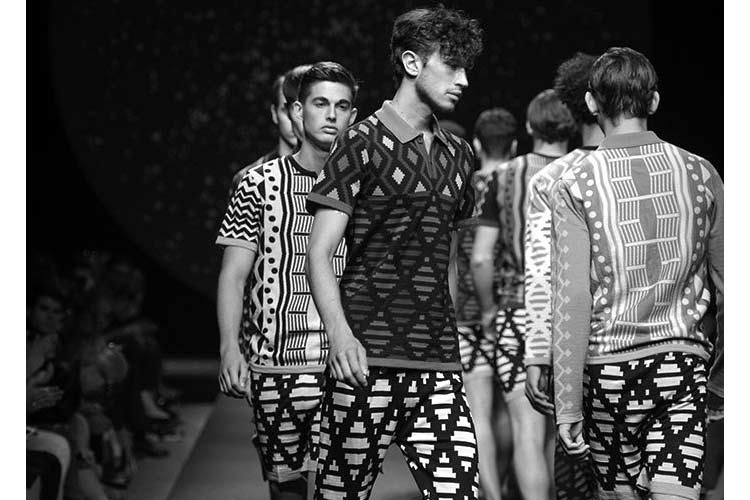 Three asylum seekers who will go up on stage right at Pitti Uomo 89 as exceptional models of the parade Generation Africa, scheduled for January 14 in the spaces of the former customs of Florence. Are all three from Mali the three young people who take part in the special event presented by the Fondazione Pitti Discovery and ITC Ethical Fashion Initiative, which returns to shine the spotlight on Africa with the initiative dedicated to promoting young and talented designers of the continent African, and the creative energy that comes from one of the most interesting of today's fashion.

Generation Africa announced this time also the special collaboration between the Ethical Fashion Initiative and the Italian association Lai-momo, "which deals to provide hospitality to asylum seekers in Italy and to promote intercultural dialogue between Africa and Europe, with the aim of reducing stereotypes and prejudice "says a note of Pitti. The three asylum seekers will be exceptional models of the parade Generation Africa, because "for them - explains a note of Pitti - will be an opportunity to work and gain, and the opportunity to be part of an event of international importance celebrating creativity that comes from Africa ".

Continuously committed to supporting diversity in the fashion industry, the Ethical Fashion Initiative aims to demonstrate that this has the ability to contribute to the betterment of society. The models you will wear clothes from the new collections of four emerging African designers, producing their brand products in their countries of origin and which are already proving an important projection on the international market. The three designers are Akjp, Ikiré Jones, Lukhanyo Mdinigi x Nicholas Coutts and U.Mi-1.

"We continue our collaboration with Pitti Immagine to turn the spotlight on the creativity of Africa. We want to convey a different image of the continent, made innovation, diversity, energy, strong and young as they look to a positive future," says Simone Cipriani , founding director of ITC Ethical Fashion Initiative.

Ethical Fashion Initiative, a flagship program of the International Trade Centre, an agency under the auspices of the United Nations and the World Trade Organization is active since 2009.