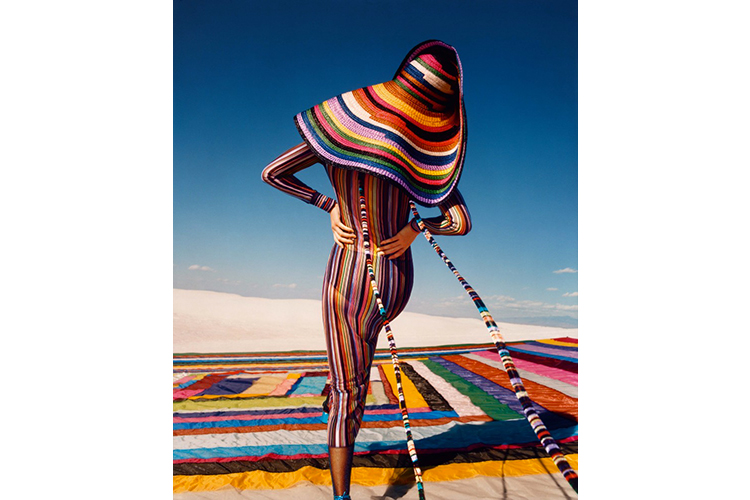 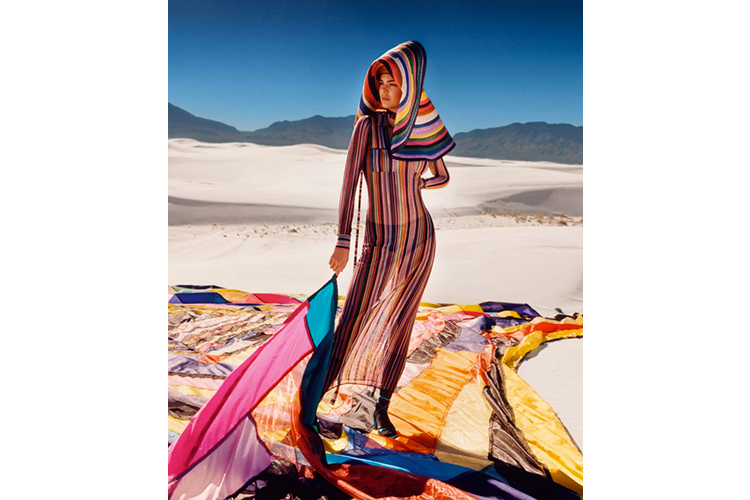 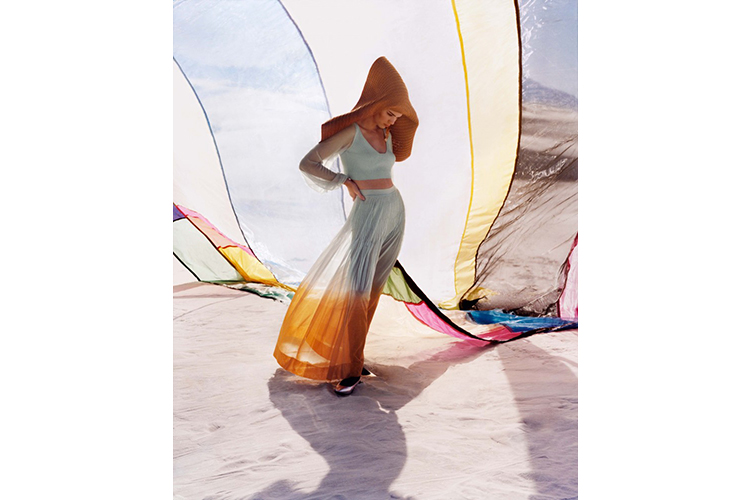 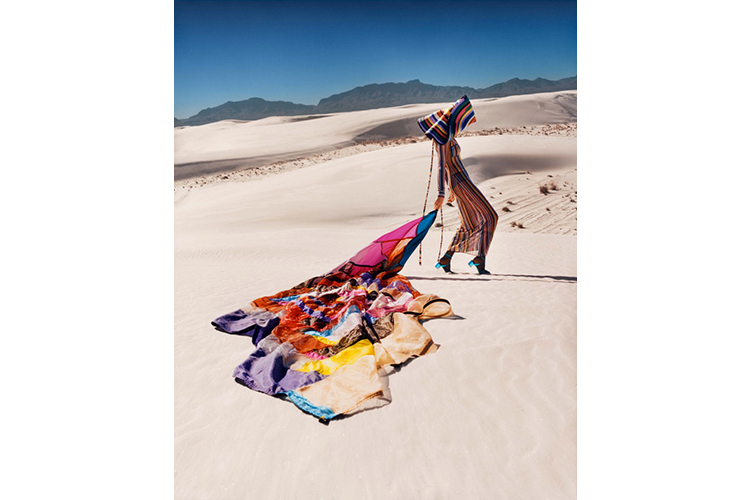 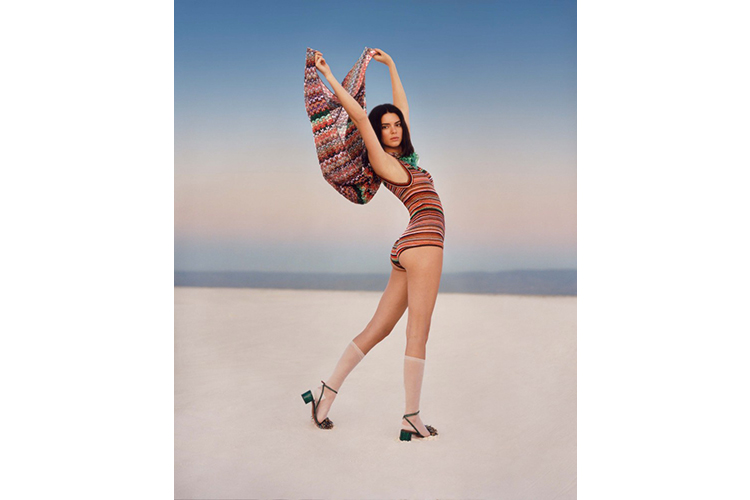 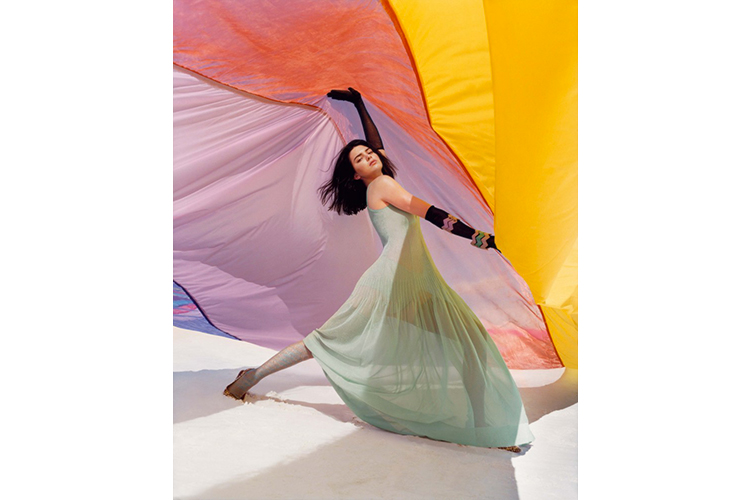 Gigantic pictorial patchworks by the American artist Rachel Hayes are suggestively framed by White Sands National Monument and transformed into poetic multicolored extensions of the Missoni collections and guiding themes of the new ss 2018 campaign.

Conceived by Angela Missoni and shot by star fashion photographer Harley Weir, top model Kendall Jenner appears sinuous and filiform; resonating mystique and glamour. The face is hidden by the extra-large, fluidly-draped brims of Missoni hats in concentric stripes, as though they were umbrellas grazing the shoulder and shielding her from the searing New Mexico sun.

This adv campaign is a visions of an ode to natural charm and beauty are sensually and boundlessly energized through color. An expression of Missoni’s language, color unfolds in iconic vertical-and-horizontal stripes as well as the heterogenous rectangles found in Rachel Hayes’ iconic work.