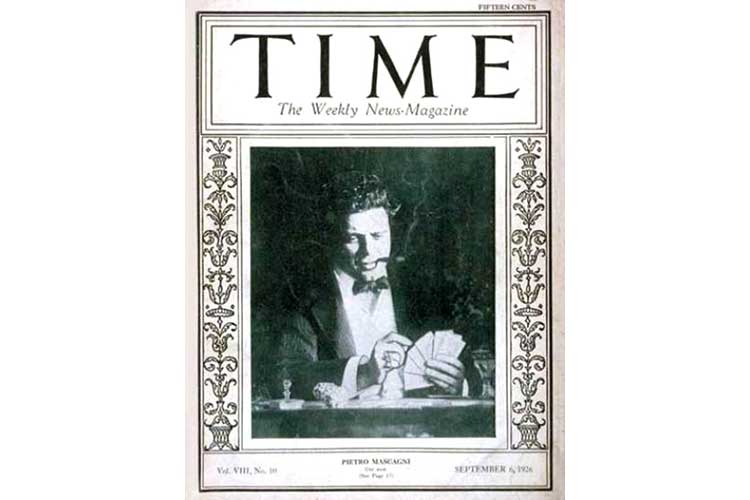 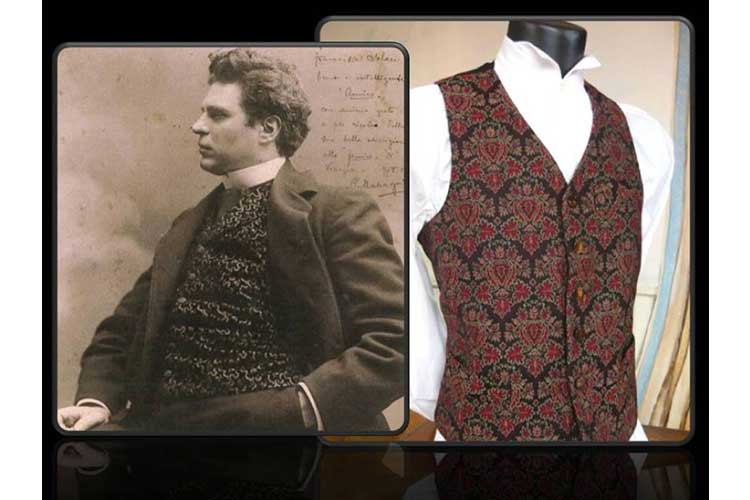 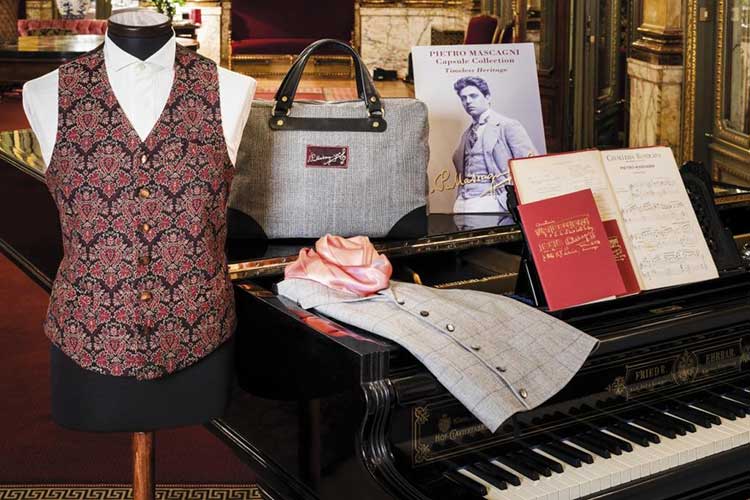 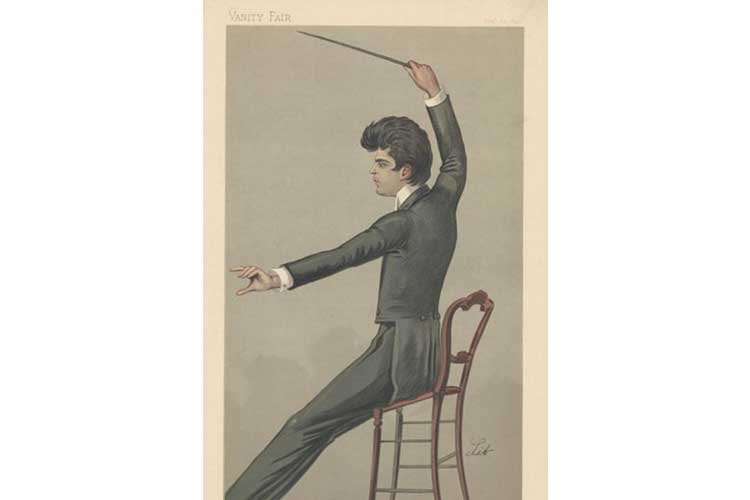 Every era has its influencers, and some personalities of the past are still so current that they succeeded in inspiring a fashion collection that bears their name. We are talking about Pietro Mascagni, an all over the world  celebrated composer, whose style has not only been able to influence his times fashion, but has also managed to stand the years and is still able to dictate the rules of men’s elegance with a Capsule Collection of accessories inspired by his taste and which, obviously, bears his name. Conceived and developed by the Pietro Mascagni Committee, the collection is part of the activities carried out by the committee to promote the personality and work of the Master.

Pietro Mascagni loved Rome and Romans adored him. Because of ths Rome is the city that will hold the baptismal collection of accessories for men that brings to life his timeless style. In the central hall of the Grand Hotel Plaza, where the composer has lived for over 17 years, next to the grand piano on which many of his works were born, a living room has been recreated, - his living room - where visitors, in a bizarre and fun time gap, will be able to live the atmosphere of eccentricity and style that the personality of the composer has inspired, and which will unveil the details of the collection. In an installation, suspended between past and present here come the precious silk, velvet and brocade gilets, faithful reproductions of those worn by Mascagni or inspired by his way of dressing: he was the first to wear colorful gilets and to have a whole collection, connoted by a strong dose of eccentricity and extravagance. Precious cufflinks of mother pearl, silver and goldsilver, all faithful copies of those owned by the composer or inspired by the decorations of his beloved pocket watches.

Moreover, notebooks and travel bags, which Mascagni owned in large quantities, used for his constant travels. The collection also includes Made in Italy silk scarves and clutch bags that recall some of Pietro Mascagni's works: "Cielo Rosso" Cavalleria Rusticana, "Il Sogno" Guglielmo Ratcliff, "Anthem of the Sun" IRIS through the paintings of the famous Italian painter Claudio Marcello. It is the well-known contemporary influencer, Edoardo Alaimo, who has always believed that "Fashion is culture and therefore should be cultivated and only then worn" to have chosen the iconic pieces of this collection and made them his own. Known and appreciated on social networks for his attitude towards beauty in all its forms, he managed to reinterprate styles of the past, combining it with todays’s beauty by reviving the historical garments in an absolutely up-to-date key, demonstrating the fact that all influencers of different time share class, irony and taste. Edoardo Alaimo, born in 1992, shows, in this temporal game suspended between past and present, how these iconic pieces are still beautiful, desirable and fascinating in the eyes of the youngest.

Pietro Mascagni (Livorno, 7 December 1863 - Rome, 2 August 1945) was an Italian composer and conductor. Mascagni lived between the nineteenth and twentieth centuries, occupying an important place in the musical scene of the time, above all thanks to the immediate and popular success obtained in 1890 with his first opera, Cavalleria Rusticana. Cavalleria was the first of 15 other works, which gave Mascagni worldwide popularity, along with a few other composers. Some of them have permanently entered the repertoire, such as the Iris, which touched the remarkable figure of 800 productions. He was also a prodigal and versatile conductor and affirmed experimenter of music for cinema. Mascagni became friends with many intellectuals and artists of his time, including the painters Giovanni Fattori, Gaetano Previati, Plinio Nomellini and had a very close relationship with D'Annunzio, who first criticized him by calling him "a ringleader" in 1892 and then exalted him and collaborated with him. The classic iconography immortalizes Mascagni with the classic Tuscan cigar between his lips and the thick hair that made him famous: the so-called Mascagni cut.

Maestro Pietro Mascagni Committee Promoter. Founded in 2012 by his granddaughter Maria Teresa and by some of the composer’s grandchildren  and agreed with the rest of the Mascagni family, the Committee's objective is the diffusion and promotion in Italy and abroad of the figure and artistic production of Maestro Pietro Mascagni. In particolar the Committee intends to develop some specific objectives, including the creation and digitalization of the manuscripts archives and the reproductions of the memorabilia, the autographs, the documents, the musical instruments and any other good related to Maestro Pietro Mascagni’s life and artistic activities. All this combined with the organization of promotional, cultural and theatrical events in Italy and abroad, also the organization of initiatives and collaborations with various public and private subjects, physical and/or juridical figures, Italian and international