“Smoke the house with good smells”… 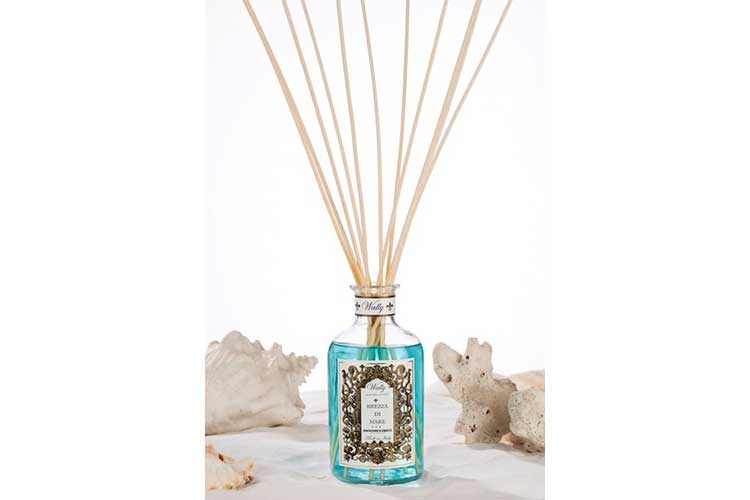 From afar the habit of grandmothers and great-grandmothers to perfume linen drawers, sheets but also clothes and handkerchiefs, not to mention the rooms and the most hidden corners of the house.

The history of perfume is almost as old as man himself, it began with the discovery of fire, when it was realized that some types of wood burning, gave off a pleasant smell that reached the sky through smoke, so this practice was seen as something magical that allowed to communicate with the gods. This explains the origin of the word "perfume", which derives from the Latin for = through and fumum = smoke, or "through smoke".

In the 14th century, after the plague, Boccaccio in the "Decameron" says that "Many others used and without locking themselves they went around, carrying in their hands who flowers, who smelling herbs and who different ways of spices, those on the nose often placing themselves, admiring to be excellent thing the cerebro with such odors comfort ". And he invited to “Smoke the house with good smells. Likewise, he wears the cedar and zettovaria (curcuma) zest or incense in the nose and in the mouth ”.

Even Marsilio Ficino in "De le tre vite" invites: "to have it often in the nose, and to smell the mag iorana or even the water of this herb, treats up with sniffing for the nostrils".

Up to the centuries closest to us when perfumes and essences were used not only to cover unpleasant smells, but also and above all to be more appreciated by others and to purify the air and make homes more welcoming.

The ambient fragrances of Wally 1925 are ideal for making the environments we have to frequent more pleasant.

Wally 1925 produces perfumes for the person and essences to perfume the home created with quality raw materials and essential oils. Proposals in refined packaging, glass bottles worked by Tuscan craftsmen, beech wood caps and bamboo wicker sticks which by capillarity distribute the perfume evenly in the surrounding environment.

Desire of the sea, in this fresh and citrus fragrance, pervades the environment of Mediterranean notes and evokes the pleasant sensation we feel when we are touched by the sea breeze. Available in 250 ml packs. and 500 ml. with sticks and 100ml EcoSpray.
Price to the public starting from Euro 23.00

Flowery and spring, suggested for the entrance and the living area of the house.
Available in 250 ml packs. and 500 ml. with sticks and 100ml EcoSpray.
Price to the public starting from Euro 23.00