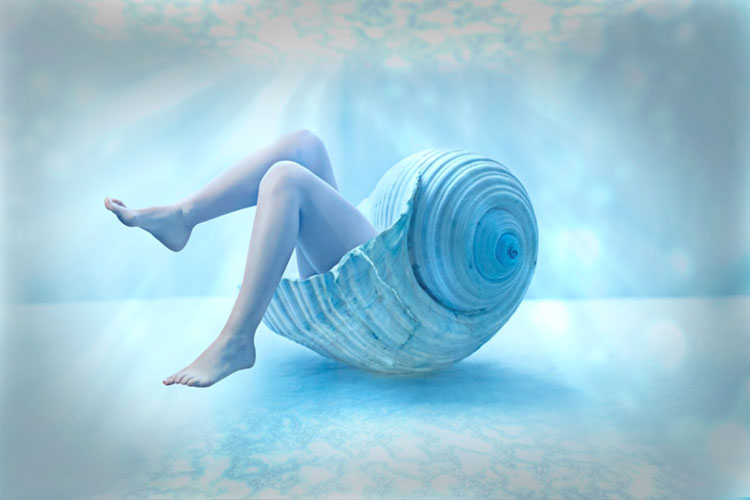 In the project "Surreal Arabesque" the photographer Erika Zolli, aka EriBluff,  plays with the concept of “arabesque”, which means to contrast the perfection of the "Ideal Beauty" to the extravagance of the imagination, of the fantastic chimeras, of the free figures or, more generically, all new attitudes created outside of the royalties of the ordinary.

Apparently normal images torn though in the world of reality, so obvious and claustrophobic for the artist, are  projected twith the catapult of the imagination in a world where reign supreme ithe surreal, dream and, therefore, an active and lively thought incapable of surrendering to banality of everyday life. Photographer specializing in fine art, decided to use his camera to describe the world as it is and turn it then in an ideal where all the laws of physics are suspended, as well as look at things in a certain way, surprising us when you can tell your story with other words, yet never said and heard. Just like these picture do. In this project apparently normal images are enhanced by surreal and ironic elements: clouds ahead normal selfportrait, multiple hands spanning trees to the ends of the branches, a cat in a ceramic teapots, a woman lying peacefully in a can of tuna... In these images the rationality retracts itself, the logic turns in on itself and the mind becomes blurred. Dissociative combinations, absurd compositions, situations in the balance between the dream and the wildest imagination, all in clear and immediate receptivity of visible thought that the photography moves in the picture.