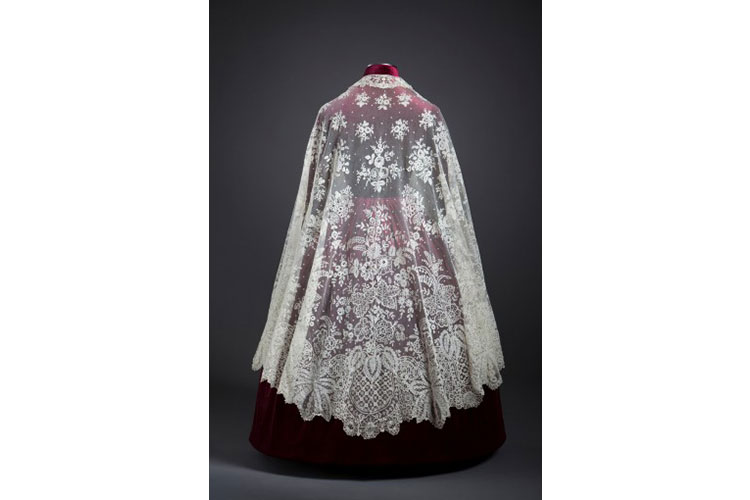 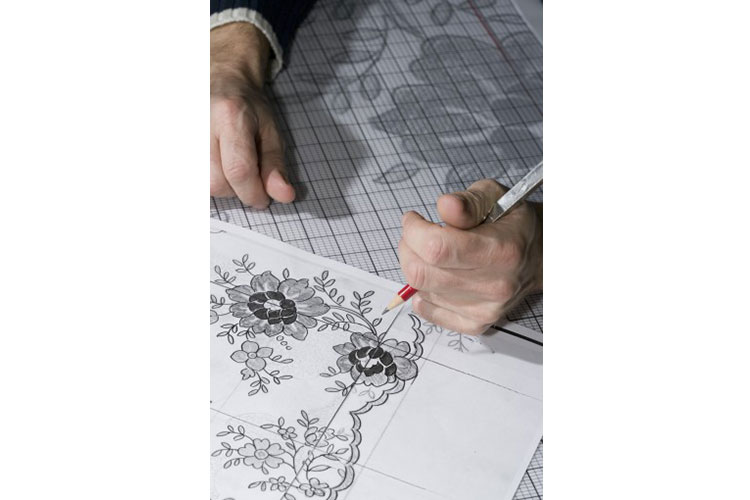 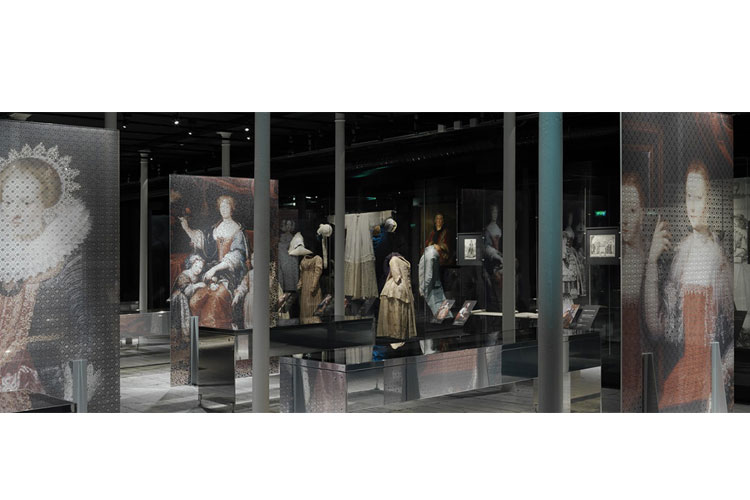 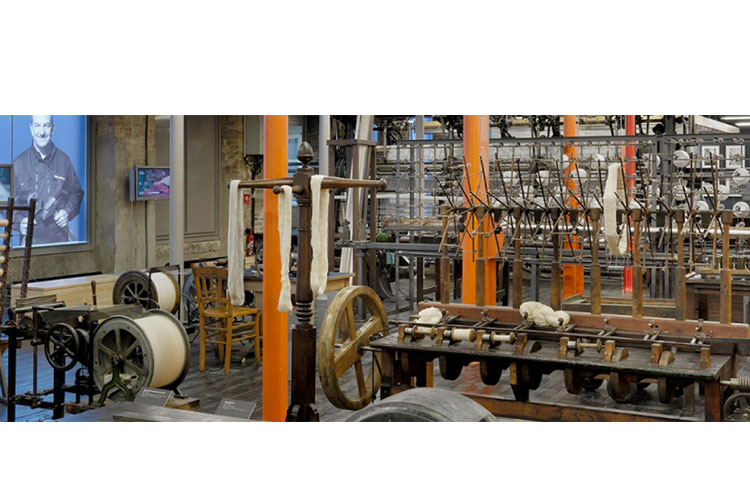 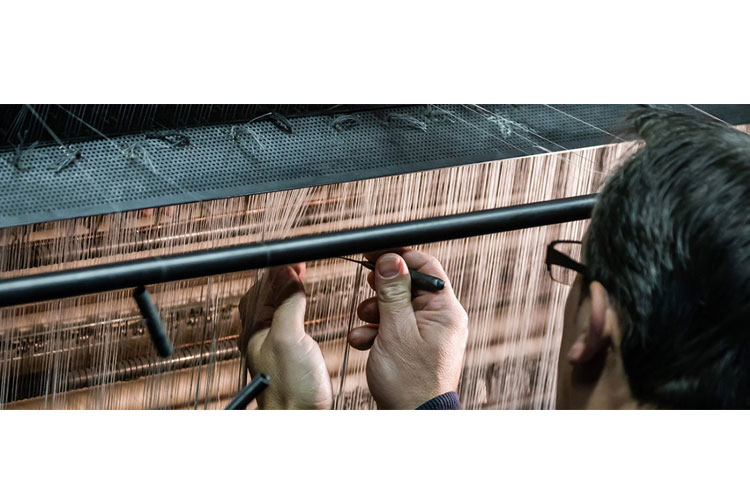 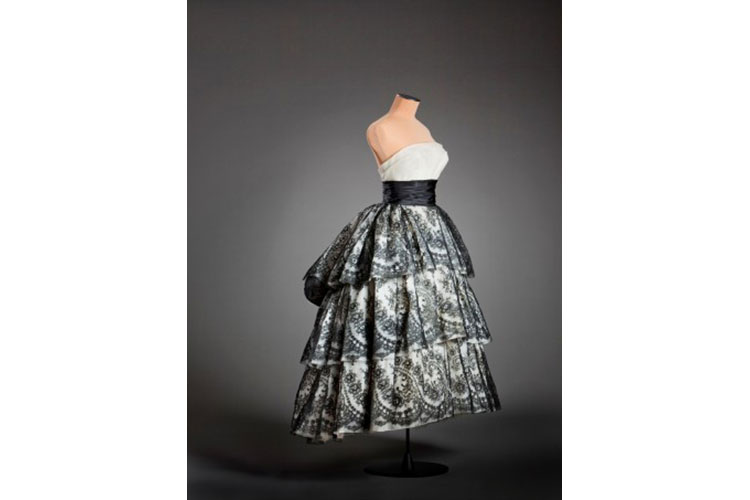 It was once Calais’ most sought after product, worn by royalty and used as a symbol of wealth and status. Initially it was the men who adorned themselves in this luxurious weave, but as time went on it became fashionable for women to show off their silhouettes in more and more daring designs.

Though Calais lace is famous throughout the world, it was actually smuggled here by Nottingham lace makers. According to French chronicles, the first Englishman to smuggle a lace machine into Calais was Robert Webster in 1816. In Blighty, Nottingham lace makers were plying their trade by hand. To them, modern technology meant unemployment so the lace making machines were smuggled to Calais where they were welcomed and an industry started in the district of St Pierre.

Today a hefty 78% of the lace production in Calais is exported to 140 countries and used mostly to make lingerie and wedding dresses.

Traditional lace is made with Leavers machine and is distinguished by
a quality label with a peacock emblem.

The lacy haute couture garments on display are absolutely amazing.