The collaboration between the Cinecitta Studios, and Chopard 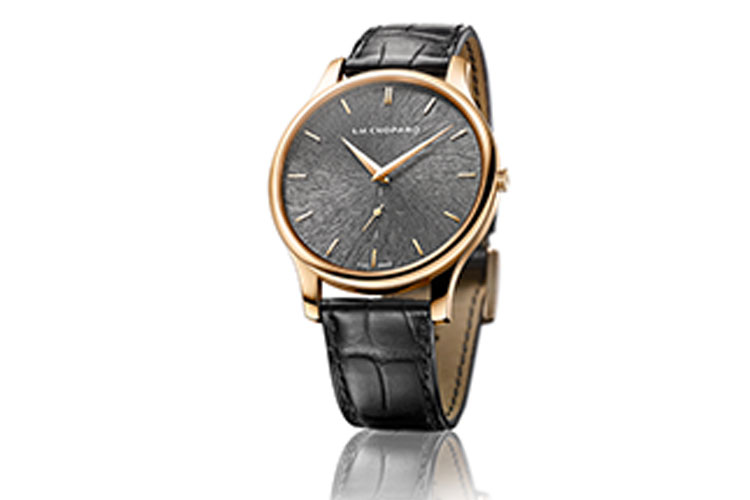 Following the significant contribution of the prestigious jeweler and watchmaker to the restoration of the façade of the studio on Via Tuscolana in 2014, the first phase of a three year partnership between Chopard, Cinecitta Studios and the Instituto Luce Cinecitta, the Maison is now the main sponsor of the Grand Premier of Quentin Tarantino’s Hateful Eight on January 28, which will arrive to Italy in the 70mm format.

The participation of Chopard has made possible the realization of the marvelous set of the historic Teatro 5, the domain of Federico Fellini, and which will be visited by Director Quentin Tatantino, actors Kurt Russell and Michael Madsen and the Master Ennio Morricone, who wrote the score for the film.

The evening is characterized by the digit 8 (the number of character in the eighth film of the Director of Pulp Fiction), there are 888 invitees, and Chopard will present the Director and Maestro Marricone, winner of the Golden Globe Award, Critic’s Choice Award and Oscar nominee for the score of The Hateful Eight, with the L.U.C XPS Fairmined watch as a sign of acknowledgment of their achievement. This gesture is a prestigious homage to their contribution to the notoriety of Italian cinema across the globe.

Thanks to 01Distrution, the Italian distributor of the film, the screening in 70mm will be open to the public at Teatro 5 throughout the month of February (until the 28th), kicking off the revised ‘Cinecitta Winter Film Show’, a Cinecitta Studio initiative to pay tribute to the oeuvre of Quentin Tarantino and Sergio Leone, and which will be repeated every year, with premiers and retrospectives dedicated to the greats of Cinema.

Once again Chopard has confirmed itself as a brand dedicated to cinema and its must illustrious representatives. Since 1998 the Genevese Maison has been a partner in the most celebrated cinema event, the Cannes Festival. Until this day the acclaimed Golden Palm is crafted at the jewelry workshops in Geneva, the prize is awarded to the greatest names in cinema during the montée des marches. Chopard is also a presence at the other important award ceremonies including the Oscars in Los Angeles, Baftas in London and the Venice Film Festival.