The story of a dress, Maison Rabih Kayrouz 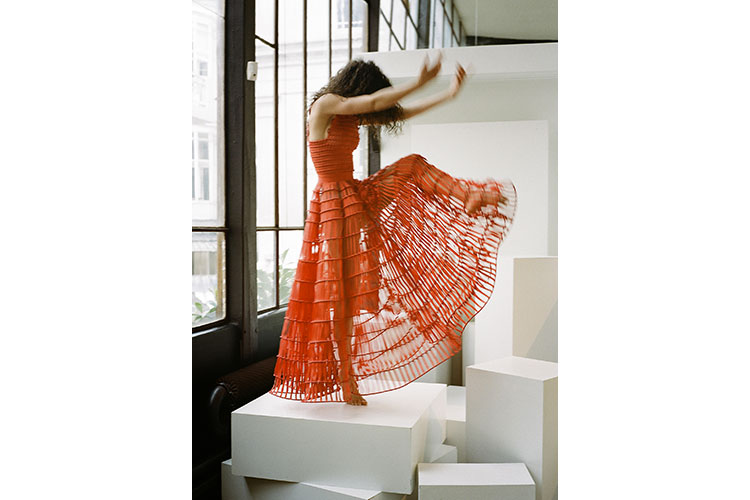 With a playful air of Mounir Mrad and the crystalline voice of Shadia, a great star of the golden age of Egyptian cinema, "320/38" tells the story of a dress.

In Beirut, the dress is invented, imagined, conceived, and designed. In Paris it takes shape, comes to life, activates, intertwines and moves. Sparkling, lively, playful, red-orange begins its life.

More than revealing a dress, "320/38" is an invitation in the intimacy of its creator Rabih Kayrouz.
The distance between Paris and Beirut separates the designer from his work: the couturier evokes the distance using numbers, like 320 rue Gouraud / Beyrouth, where his dress now takes shape and life evokes emotions and playfulness at 38 boulevard Raspaii in Paris.

In Beirut, the small and sublime hands pass, caressed by the Beyrouthin morning light, while precious hands embroider an imaginary grosgrain, the thread of dress that will be put in the body and in the space ie that will come to life on a July afternoon in Paris.