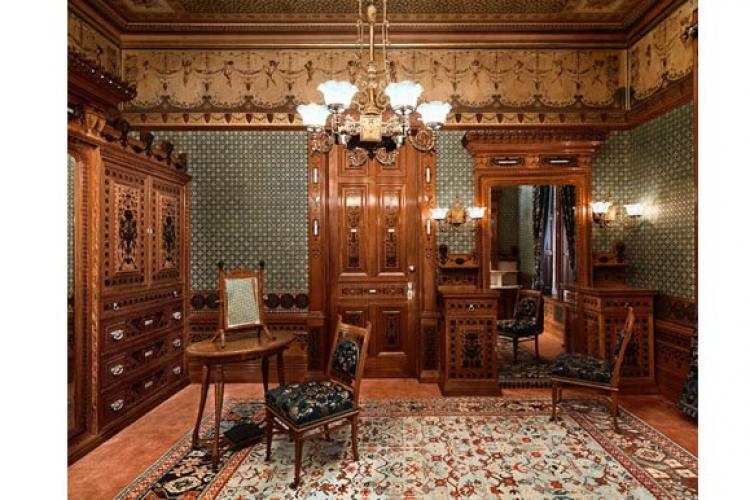 In 1881, Arabella Worsham, mistress and later wife of the railroad tycoon Collis P. Huntington, commissioned the cabinetmaker and interior designer George A. Schastey to decorate her home at 4 West 54th Street. A product of Schastey’s work was a private dressing room for Worsham done in the fashionable style of the Aesthetic movement. It was a fully integrated chamber featuring a built-in wardrobe, full-length mirrors, delicate tables and chairs, and intricate marquetry rendered in satinwood and purpleheart with mother-of-pearl inlays. In 1884, Worsham sold the house and its furnishings to John D. Rockefeller, who left it to the Museum of the City of New York after his death in 1937.

Now called the Worsham-Rockefeller Dressing Room, Worsham’s inner sanctum is the centerpiece of “Artistic Furniture of the Gilded Age” at the Metropolitan Museum of Art, an exhibition that also includes sumptuous works produced for the William H. Vanderbilt House by Herter Brothers, Schastey’s most prominent rival.