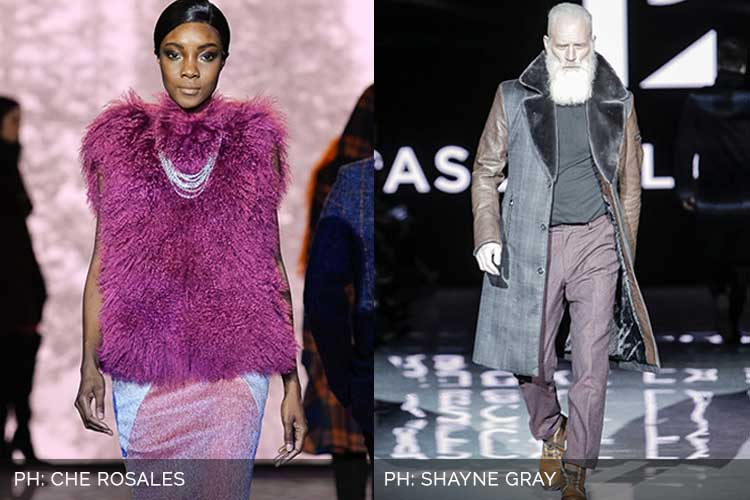 Canada Fashion Group (CFG) today announced its campaign to recognize Canada as the Fashion Week Capital of Outerwear worldwide. With outerwear being one of Canada’s hottest exports, and Canadian fashion adorning the likes of Megan Markle and Sophie Grégoire Trudeau, CFG aims to solidify Canada as fashion’s outerwear destination.

CFG will put a spotlight on the country’s most notable and up-and-coming Canadian designers and brands with a focus on outerwear during its highly successful and leading fashion weeks, Toronto Men’s Fashion Week (TOM*) and Toronto Women’s Fashion Week (TW). In line with the global fashion week event circuit for the Fall/Winter 2018 season, the official runway schedule for TOM* is set for March 9th - March 11th and TW on March 12th - March 14th. From Rudsak to Joseph Tassoni to Pascal Labelle, TOM* and TW will showcase a strong lineup of Canada’s established and emerging fashionable outerwear designers.

“More than ever Canada has been at the forefront of exporting their famous coats, designer brands and ready to wear looks around the world,” says Hans Koechling, Producer of TOM* and TW. “The outerwear industry contributes some $800 million annually to the Canadian economy, including more than $400 million in exports to fashion centres around the world. CFG is the Canadian footprint to showcase some of the country’s most talented designers at TOM* and TW.”

This season, CFG continues to push Canadian fashion into the world spotlight with its runway presentations broadcasted globally through FTV (Fashion Television) based in Paris. The 24 hour fashion and runway channel is seen globally by over 400 million viewers from countries like France, Italy, Japan, Brazil and Australia

“With many months of winter here in Canada, it makes absolute sense that our designers are leading the way in the world of outerwear design. Just like Miami Fashion Week is to swimwear, the world will be flocking to Toronto when it comes to the latest innovations and trends in outer and winter wear.”, says Jeff Rustia, Founder and CEO of CFG, and Executive Director of both TOM* and TW.

To apply for media & industry accreditation, go to www.tomfw.com or www.tw-fw.com

About Toronto Women’s Fashion Week
Toronto Women's Fashion Week (TW) truly celebrates Canadian Fashion and is proud to be the home to Canada's most iconic designers and the Next Generation of Emerging Talent.