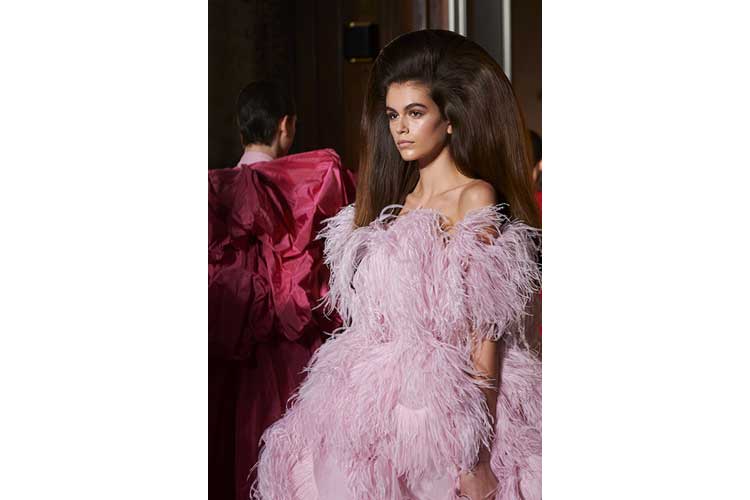 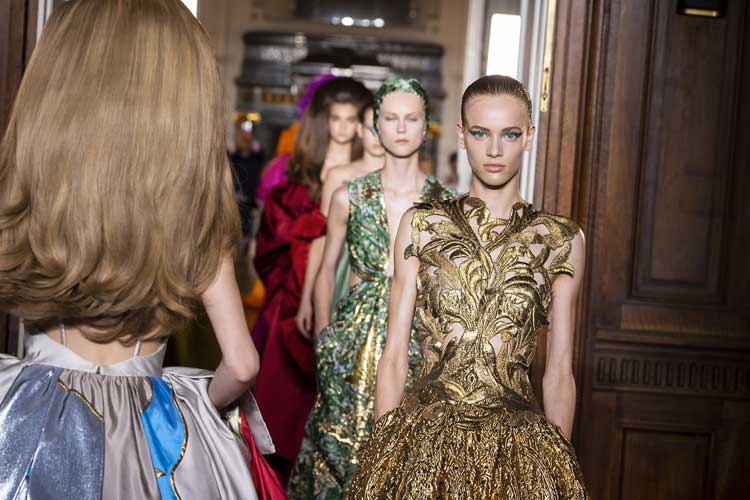 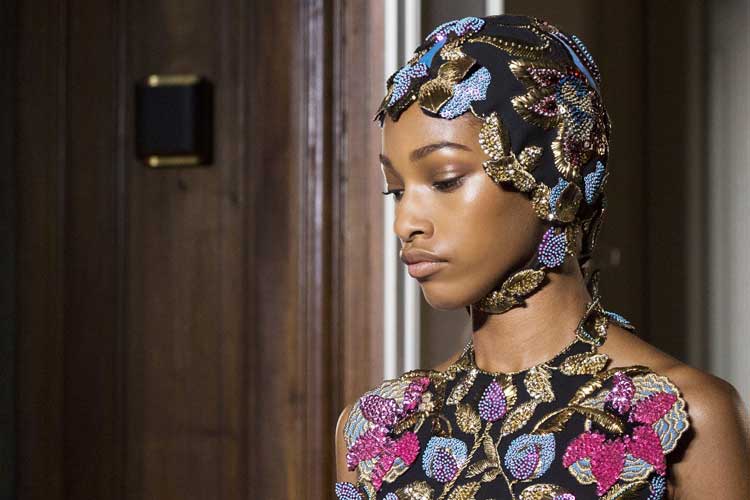 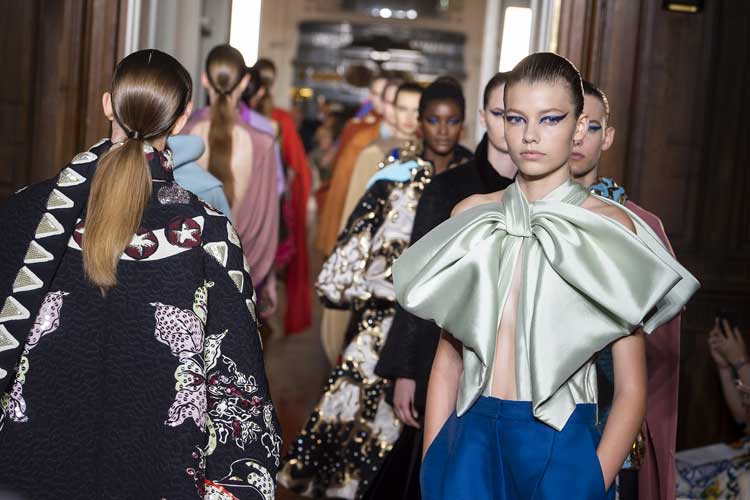 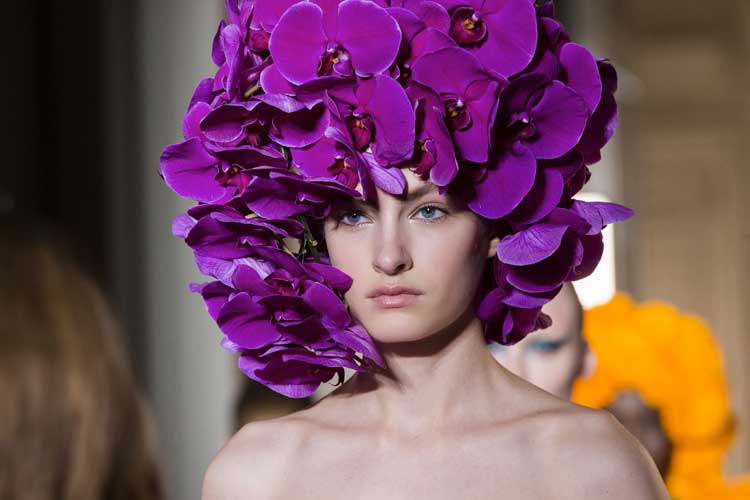 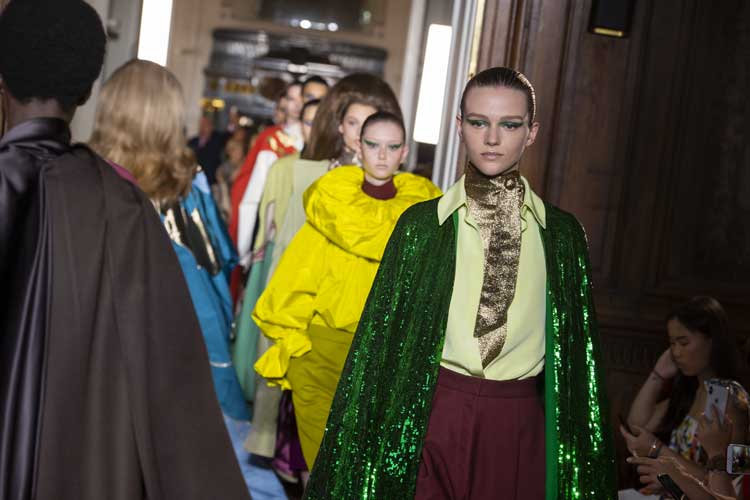 Here, now. Memories that chase and overlap in the present, to be consumed in the breath of time. Amazements that pass from one look to the other, myths that color and fade, emotions that are imprinted in the air, between the inlays, in the plots. Now, right now, together over time and out of time.

Time is an intimate matter. It is the boundless breath of imagination and the industrious rhythm of creation, the meeting of those who think and those who create, ferrying visions from the auspicious Kairós of the ego to the concrete Kronós of reality. It is the imaginary that becomes material: the fantasy of a true Haute Couture, imaginatively imagined, brought to life by excitement.

Everything has memory: a touch is always an imprinting, volatile and palpable. Hands, minds, thoughts, moments: these are the clothes that connect and retain personality and interiority, points of view and gestures. The colors and the materials add up and refract, the shapes expand, the surfaces vibrate. An Apollonian spontaneity pervades everything.

Time of times, summed up here, now, right now. At a glance.