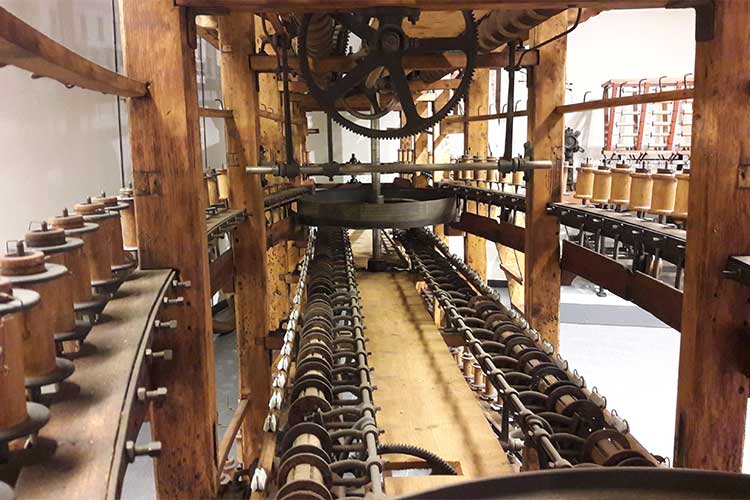 The European passion for personal aesthetics dates conventionally to Baldassare Castiglione’s important volume The Courtier (1528). This is held to mark the origin of modern fashion. The successful courtier was expected to have a bold spirit, a solid knowledge of the humanities and the classics, as well as persuasive eloquence and an abiding interest in personal presentation.

This model shaped the style of Europe’s upper classes for centuries. Refinement in the early days was expressed by membership of a court tradition, rubbing shoulders with a community of like-minded courtiers who cultivated refinement as a shared exercise. This form of cultivation required resources and sophistication, while also giving work to throngs of artisans capable of creating the most exquisite attire.
There was no difference between arts and crafts, which were united in a pursuit of excellence made possible thanks to skills honed through a system of apprenticeships. Today attention to personal style is a priority that cuts across class, ethnic, racial and gendered boundaries.

As in all historical periods, the more discerning public caters to the skills of gifted craft workers. Training is today no longer assured exclusively through apprenticeships, and since the 19th century artisans have received formal training in technical schools supported by the state or local government. One of the first technical schools established in Italy was the agrarian institute founded by Cosimo Ridolfi in Meleto in 1834.

Ridolfi was a great agronomic innovator, famous for his innovative terracing of vineyards which today define much of the Chianti landscape. Ridolfi understood that without skilled workers none of his innovations could gain currency, and for this reason founded his famous school. Agriculture is not so distant from fashion: in their refined expression, both represent realms where shared aesthetics are an ingredient in economic success. Business acumen is a fundamental factor, but so is mastery of the sublime skills required to craft refined products.

The concentration of these skills in a specialized territory is what the thick labor market is all about. Ridolfi was a pioneer in responding to localized labor requirements; but he was not alone. In this same period other technical institutes were being founded in geographical areas where artisan skills drive production. These technical schools were fundamental in allowing Italy to establish and maintain primacy in markets characterized by product excellence.  Since production is localized, so technical schools were founded according to the needs of the circumscribed territory.

It is for this reason that a silk-making school was established at Como with municipal support in 1868. It has evolved over the years, yet still offers programs in chemical dying, industrial design and weaving. Como is, of course, one of the world’s leading centers of excellence for the production of silk fabrics. Among the oldest technical schools in Italy, and indeed Europe, is the Aldini-Valeriani Institute of Bologna, founded in 1844.

It was established as a training center for silk production, located in what was then one of the supreme silk-producing districts of the world. Today the Bologna silk industry has all but collapsed. The school continues to operate, but has shifted its curriculum to represent the contemporary needs of the transformed local economy.

Training no longer serves the needs of textile workers, and instead courses are offered in electronics, graphics, transport and logistics. Southern Italy also has its share of distinguished technical schools.  Campania, for instance, has an important leatherworking tradition, and Solofra is still a center of excellence for tanning and leathermaking. In this region we find the Experimental Station for the Leather and Tanning Industry, established by Royal Decree in Naples in 1885. It continues to operate in this sector still today.

Another important textile district is found in Prato, where the Royal School of Textiles and Dying was founded in 1886. They continue to train specialized artisans, as well as promote public awareness of the district’s rich history through a museum illustrating the different phases of the textile process.  Sadly, industrial districts are declining in many parts of the country, and so too are the technical schools that once made a fundamental contribution to localized labor markets. This is the case of the Giacinto Baldracco Institute founded in Turin in 1900, specialized in leather tanning.

It once housed a complete factory where students could spend five years studying this complex craft. It was located in an area of Turin once home to a dynamic tanning industry where today only one tanning firm survives. The school has closed and former students have launched an initiative demanding that its archives be saved and made available to scholars and professionals interested in understanding the local evolution of this important craft. The decline of specialized labor supplies and the demise of craft industries go hand in hand. The question is whether these complex territorial systems can be revived.