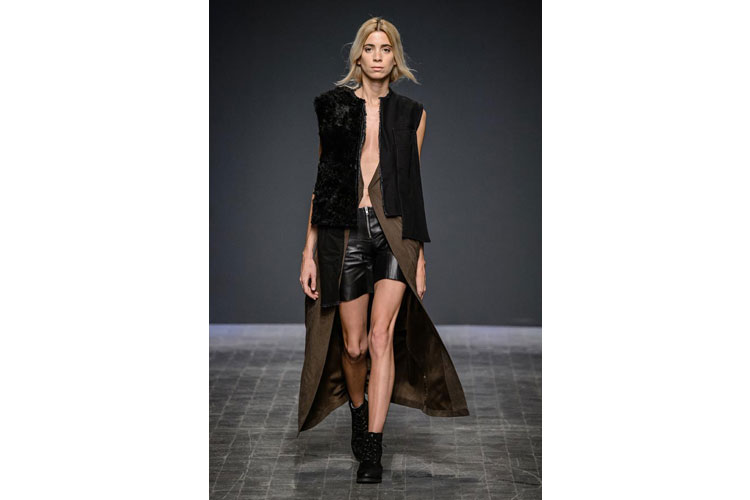 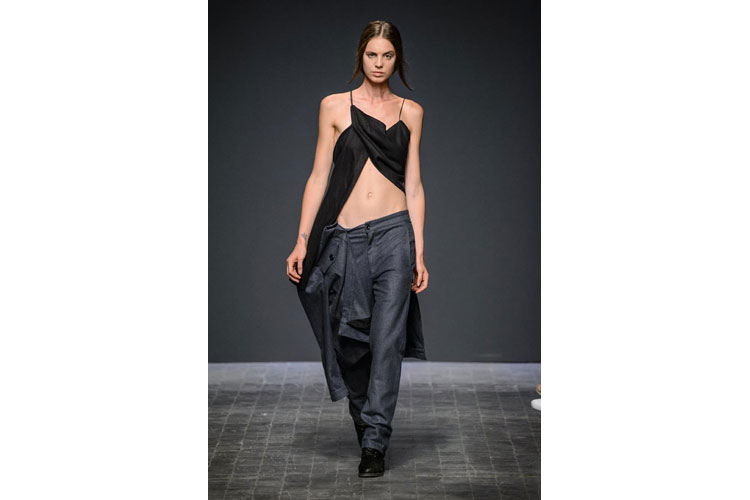 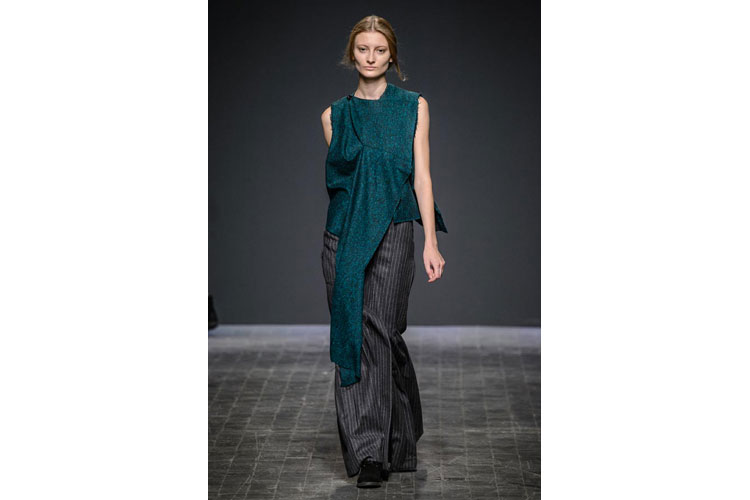 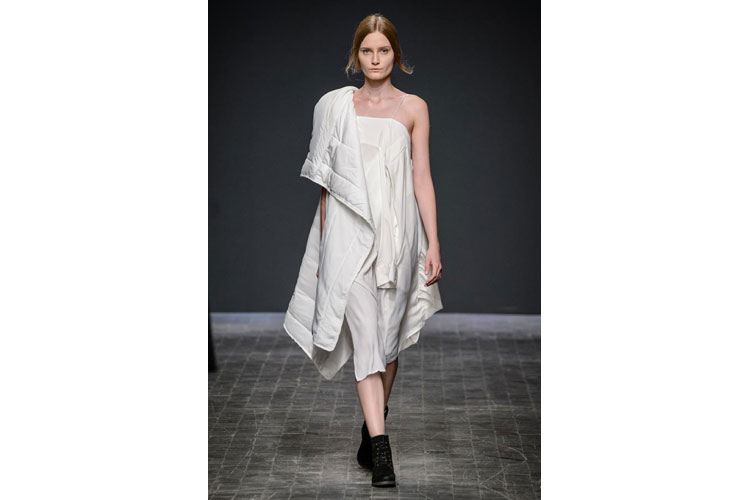 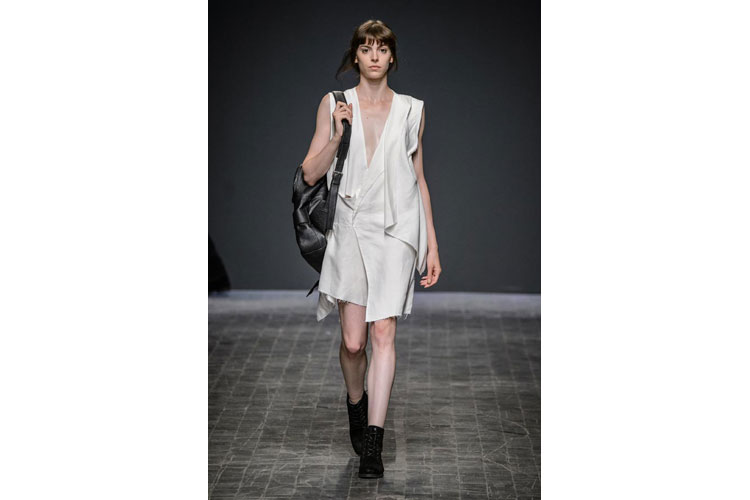 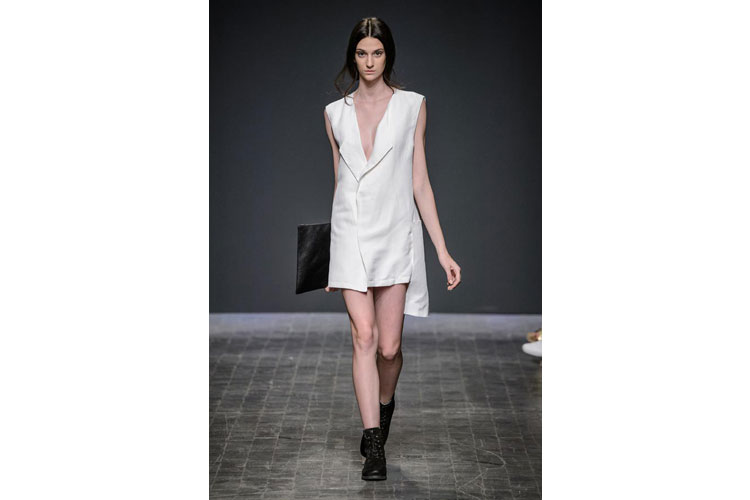 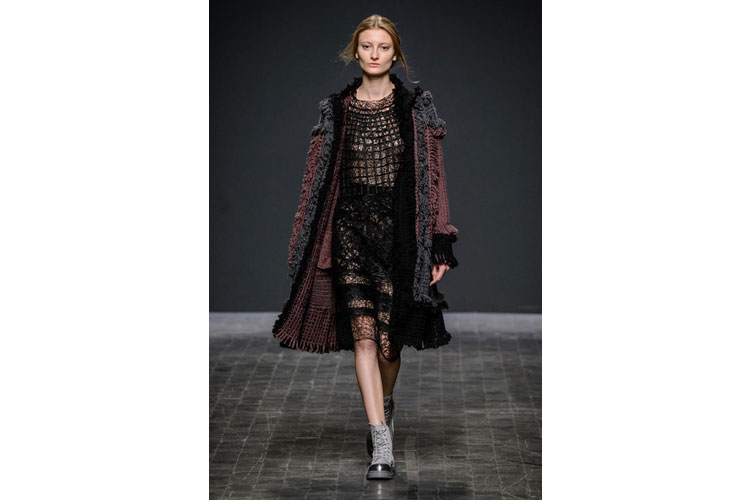 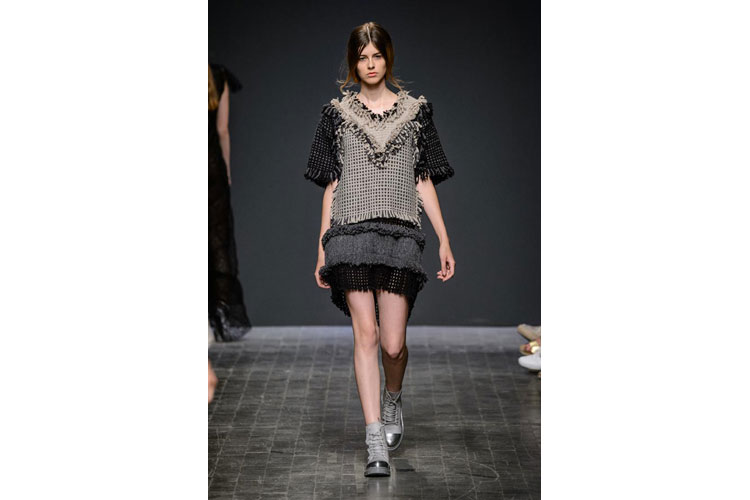 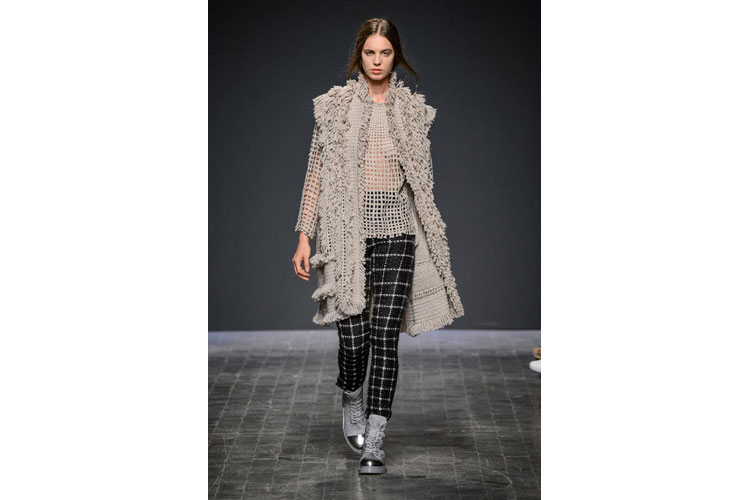 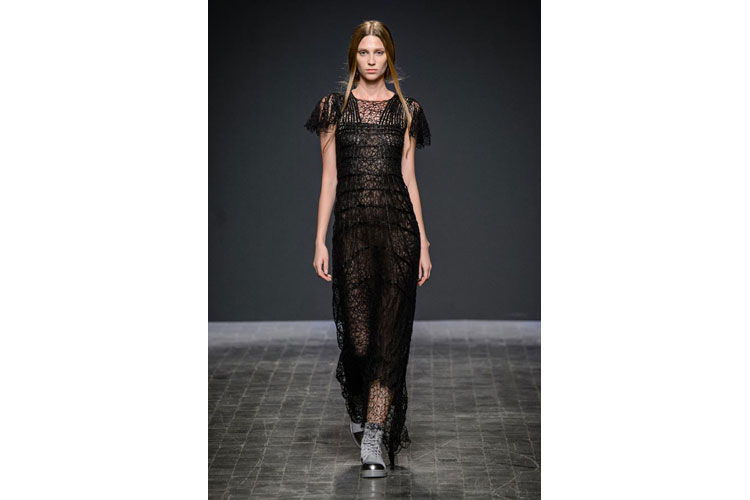 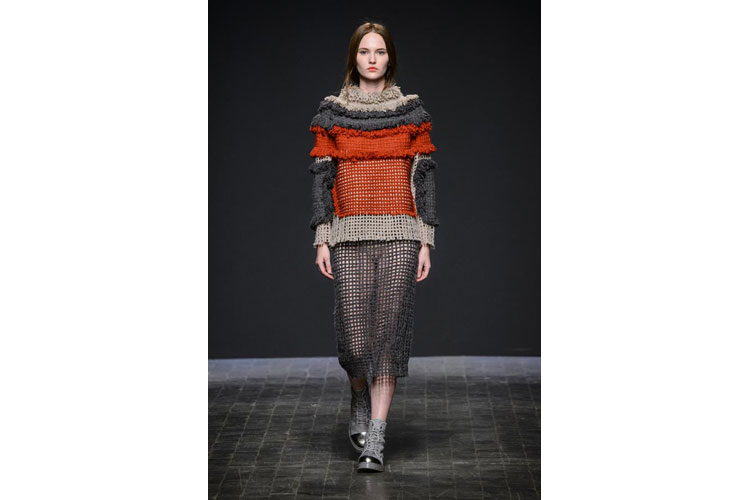 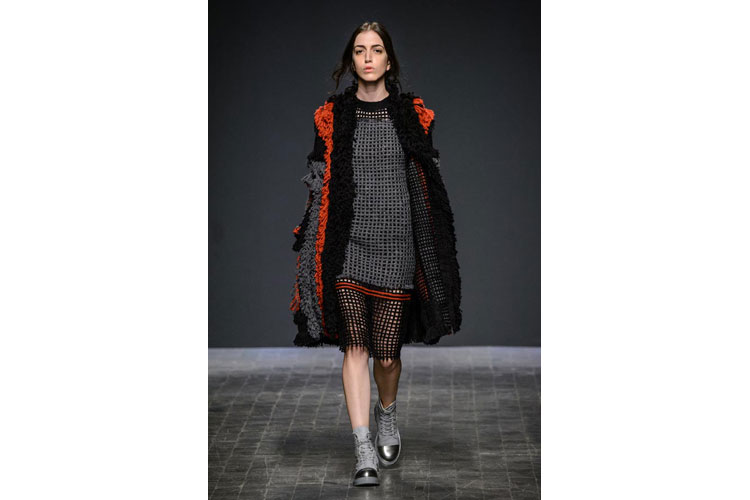 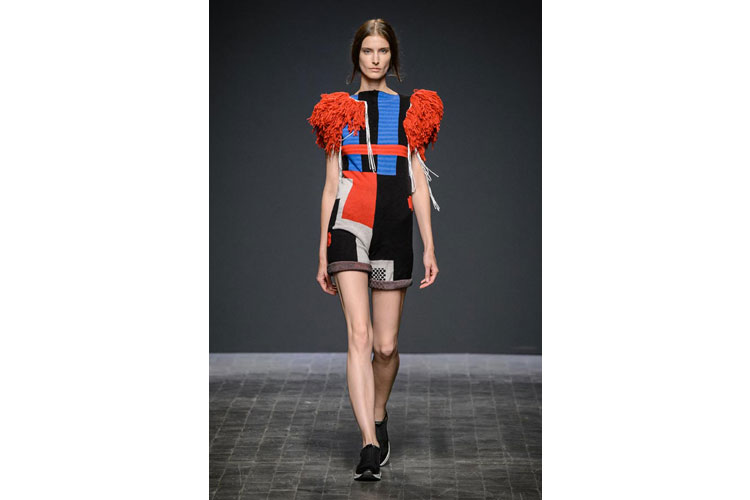 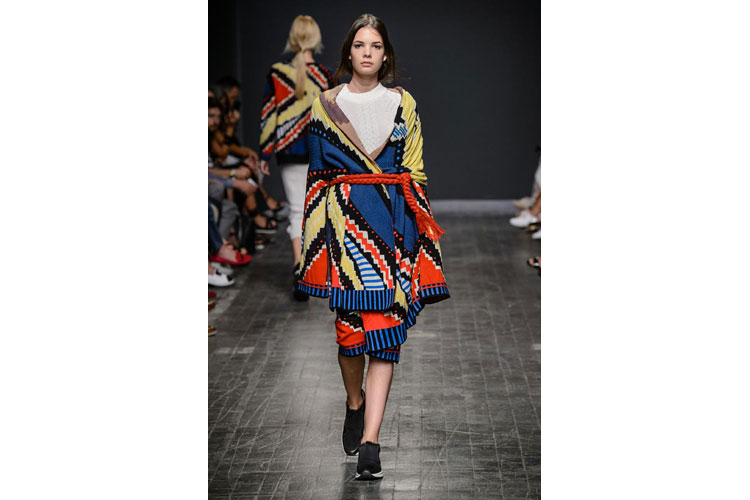 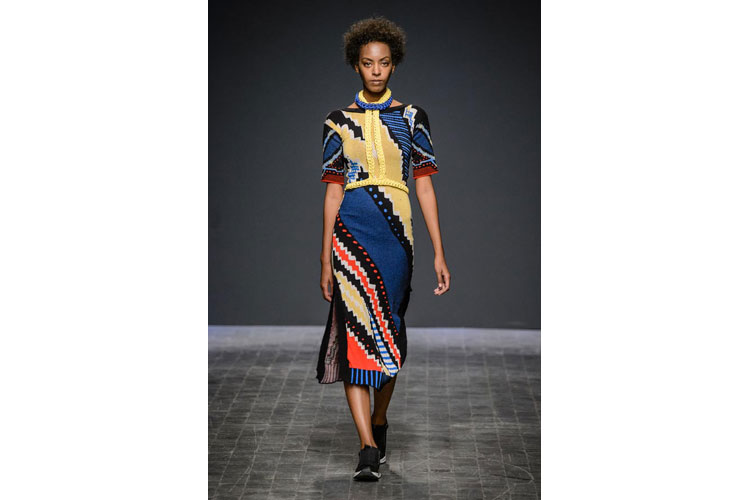 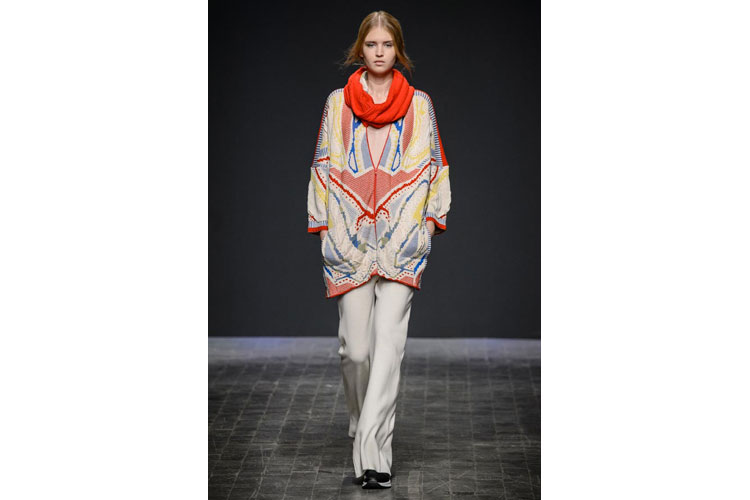 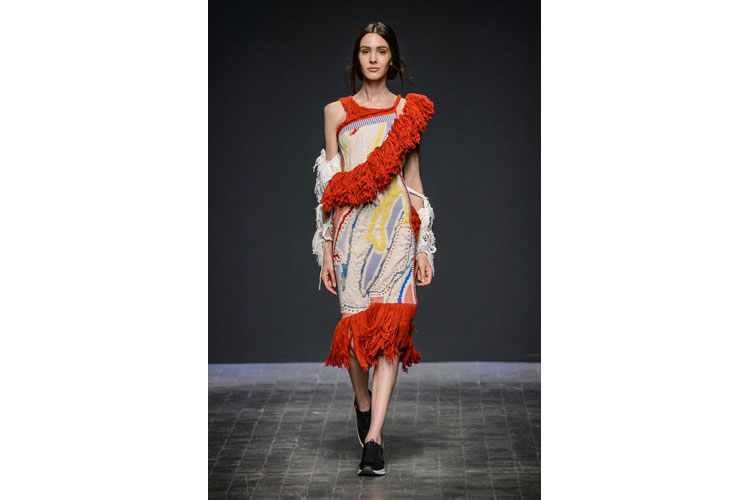 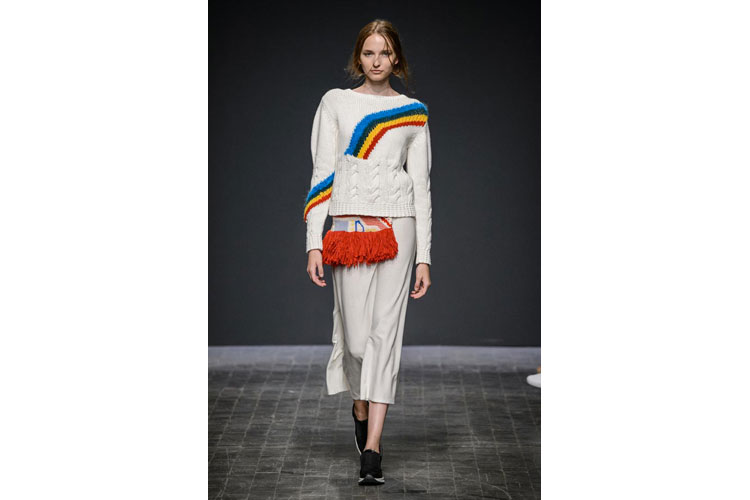 The numerous innovations at the July 2016 edition will include a project that will reinforce Rome’s role as a dynamic laboratory of national and international creative and cultural interest, marking the beginning of collaborations with fashion events that share the same mission as Altaroma. As proof of its commitment to supporting young emerging talent and its desire to strengthen its international image, Altaroma is pleased to present “Portugal Fashion”, a collective fashion show featuring the creations of three young Portuguese designers: Daniela Barros, Pé de Chumbo and Susana Bettencourt, in collaboration with ANJE - Associação Nacional de Jovens Empresários (National Association of Young Entrepreneurs).

A calendar debut demonstrating the evolution of Portuguese creativity towards new geographic and creative boundaries which Altaroma, always aware of the stimuli of innovative, creative skills, supports with enthusiasm.

Daniela Barros studied Fashion at the Oporto Fashion School (EMP). After graduating, she joined Portugal Fashion’s BLOOM project. In March 2015, she presented her creations at Portugal Fashion week. Her work has been showcased in London, Vienna, Maastricht and Madrid, as well as at several Portuguese art galleries.   In 2013, she won the Who’s Next Salon Paris competition for the Best Female Collection, she was nominated as the Best Young Talent by Fashion Awards and won the Best Young Designer 2014 category of Prémios Novos. In addition to being the founder and head designer of her own-name brand, Daniela Barros has worked for a number of Japanese brands.

Pé de Chumbo brand was created by designer Alexandra Oliveira shortly after she graduated. The name of the brand stems from a nickname given to her when she was a teenager. Based in Guimarães, Pé de Chumbo has been producing collections for several years. The brand’s hallmark feature are the materials used to create its styles, involving a process that combines traditional concepts with innovative solutions. The brand has been featured at various shows starting from 2007 when it debuted at SIMM in Madrid. This was followed by Who’s Next in Paris, where its collections continue to be showcased, and other markets: CPD in Düsseldorf; MIPAP in Milan, SCOOP and PURE LONDON in London, COTERIE and EDIT in New York, TOKYO FASHION in Tokyo and TRANOI in Paris.  Pé de Chumbo is currently sold in more than 25 countries. The brand boasts the highest number of sales points in Italy and the USA and Turkey is its best client.

Susana Bettencourt comes from the São Miguel Island in Portugal. She has lived in London for more than ten years, where she graduated in Fashion Design with a specialization in knitwear at Central Saint Martins, later completing her studies with a Master’s Degree in Digital Fashion at the London College of Fashion. Before launching her own brand, she worked for labels such as Brooke Roberts and Portuguese designers Alexandra Moura and Fátima Lopes. Singer, model and actress Sarah Harding wore one of her creations at the Red Carpet Fashion Awards. Susana’s garments are sold on a number of e-commerce sites. In October 2011, she debuted at Portugal Fashion Week and, in September 2014 she participated at Vienna Fashion Week, produced by Portugal Fashion International. She has also showcased her garments at fairs in London, Copenhagen and Paris. In addition to participating at London and Vancouver’s Fashion Weeks, the young designer has also presented her creations in Malaysia.