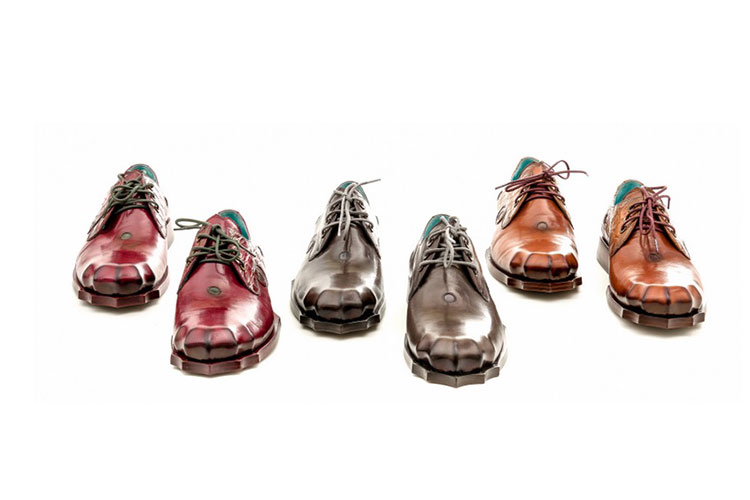 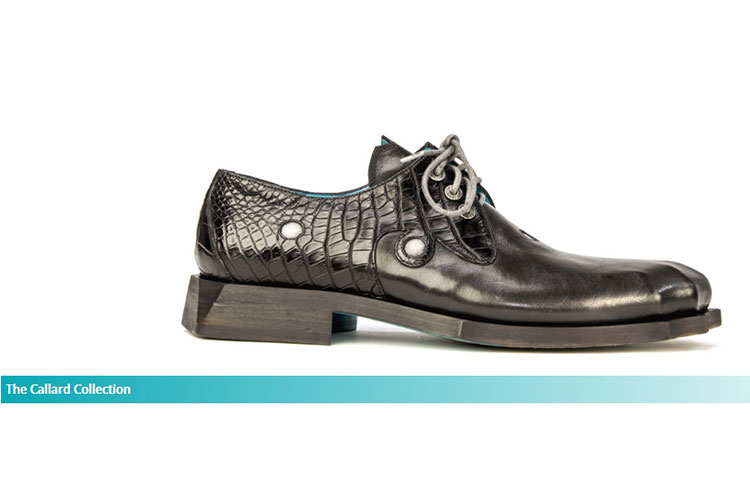 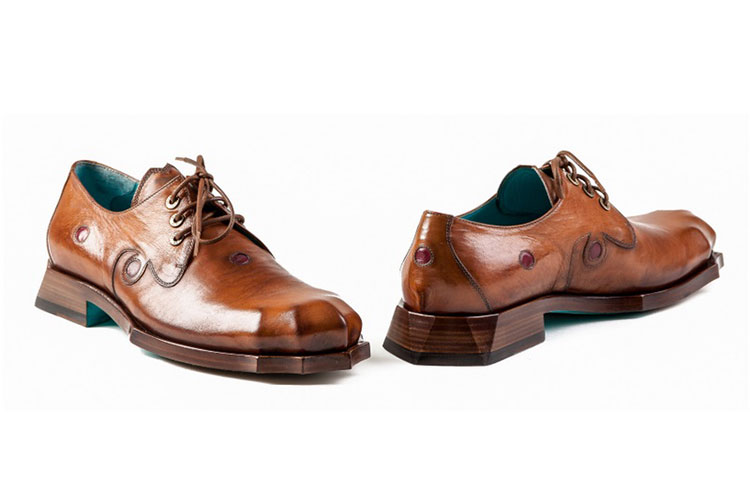 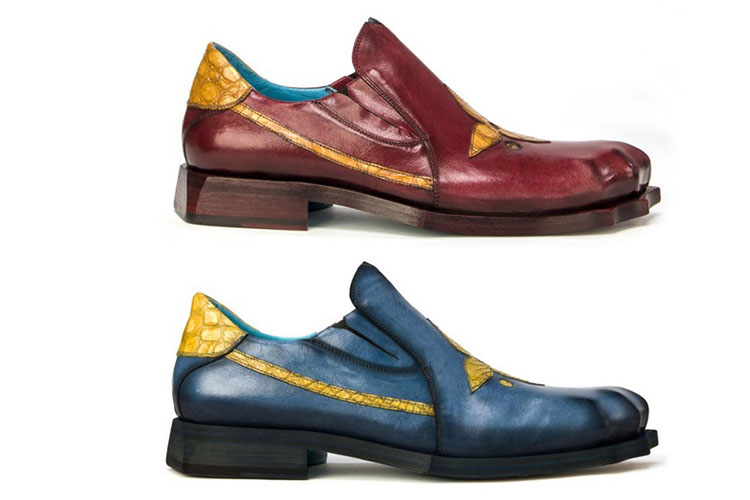 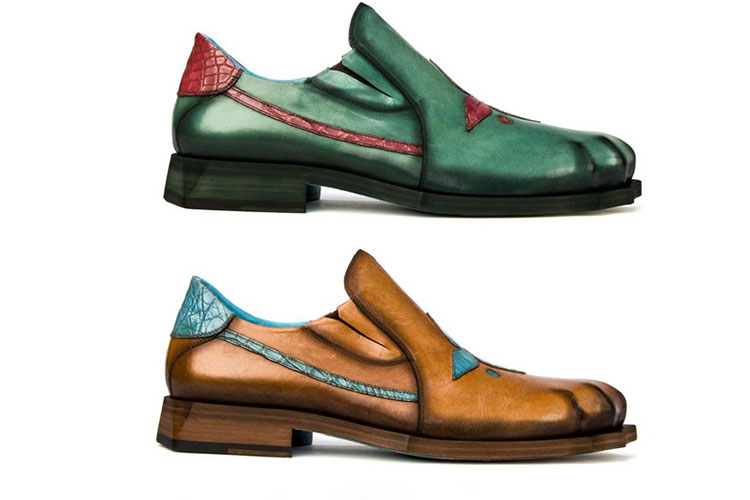 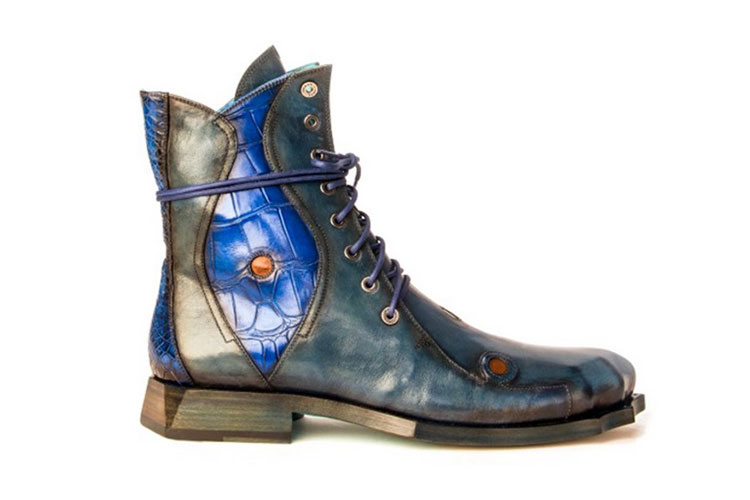 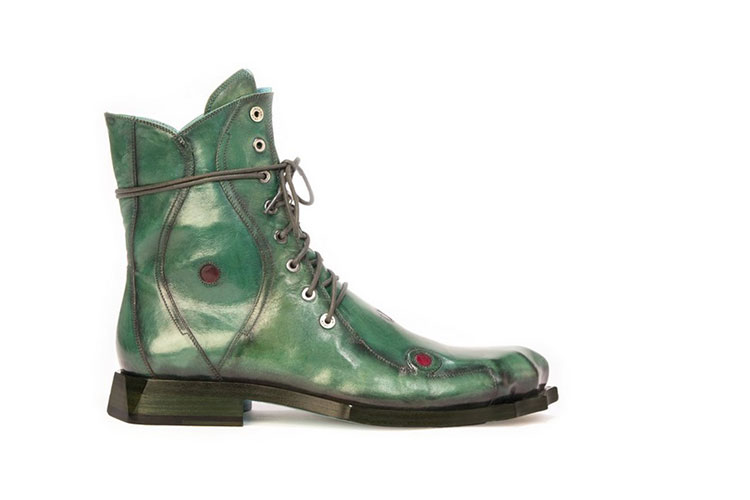 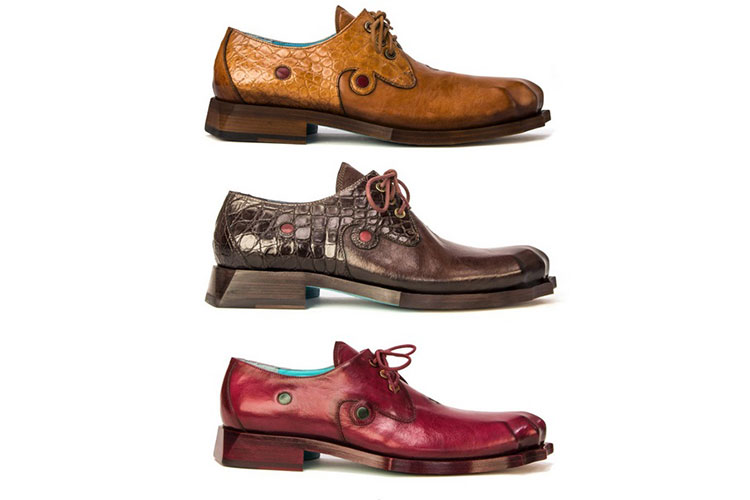 Jack Moran Luxury Shoes is not a fashionable brand, is above all a true story of deep passion, incredible courage and great talent as you can understand when you look at its amazing creation, so powerful, eccentric and, at the same time, so refined that take the breath away with their italian artisanal uniqueness.

Also the leathers are selected from the finest Italian tanneries and take a minimum of two months to prepare before their transition to the clicking room where cutting can commence.

Jack Moran Shoes has a distinctive, unusual and unique syle united with a very graceful designs. That's the story of this fashionable english brand beloved by many celebrities like Elton John.

At the late 60's Jack Moran was a runaway living on the Central Line of the London Underground. As luck would have it, in 1969 he got a job at Alan McAfee and was trained by expert craftsmen who made shoes for the famous Fred Astaire, Henry Mancini and Sammy Davis Junior. Over the next 20 years Moran worked his way up from a humble shop boy to chief designer.

In 1989 he launched his own lable which proved to be very successful, catering to the rich and famous as Elton John, Brad Pitt, Will Smith,and his creations are sold in over 130 stores and concessions.

After 2005 when he suffered a terrible stroke, Moran proved to be not a person to be beaten lightly, so during his long recovery Moran has returned to an idea that nagged him since the height of his career, the unique design for the "Callard" shoes. This was Moran's incentive to come back to the world as a better designer. Finally, after constant practice, his left-hand-drawings were exceptional. At 2010 he re-established his place with so much new brilliant ideas.